Another day in France and another great day's cycling. I can't believe my luck - I seem to be blessed with my own micro-climate which involves both dry weather and wind from the west pushing me up the Loire valley.  Can't help but think that I'm accumulating a huge debt, which will have to be paid back sometime, perhaps the day after tomorrow when I reach Orleans and turn north.

Of course I'm not the only person benefiting, there are loads of other cyclists doing the route, huge numbers compared to the long distance hikes I'm used to.  Nearly all of them are heading west, into the wind, with great loads on their bikes and often pulling trolleys - looks hard work to me.

Today's route was also fast, most of it along empty country roads are hardly any of the rough tracks which was starting to cause even my well padded derriere some grief. It was nicely mixed as well, winding country lanes, long flat and straight stretches, where you just hammer along, as well paths which went right along the River Loire itself.

The river was the constant theme, left, but never for long.  It's huge, a proper continental river compared to anything in the UK and the route is constantly crossing it over large and often very elegant bridges.
Saumer is a particularly interesting place.  It's where the Loire meets the Thouet river and with an island in the middle the town is connected by three bridges. The best part is on the southern side.  There are a number of fine buildings, but more impressively, dominating the whole town, is the Château of Saumer.

Although most of the hotels seem to be either on the island or on the north side, I'm staying at the Hôtel Cristal which is both in the shadow of the Château and has bikes hanging from its windows by way of decoration. 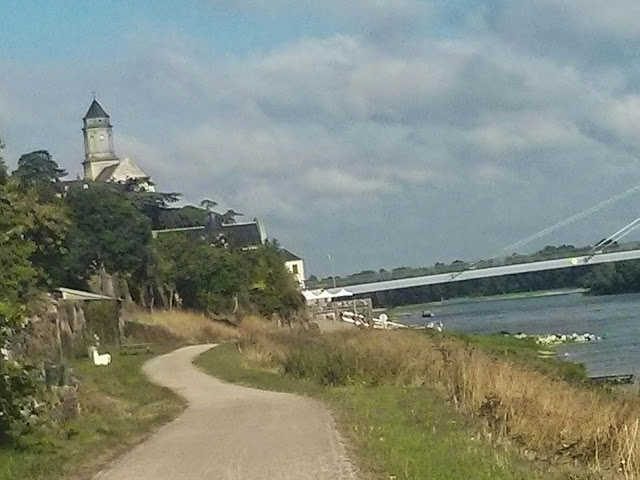 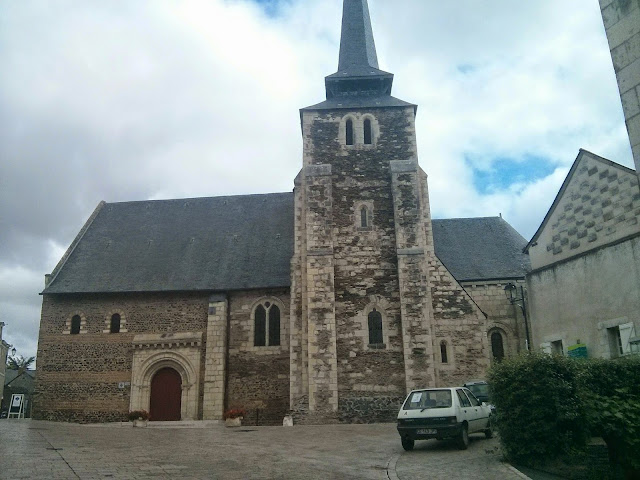 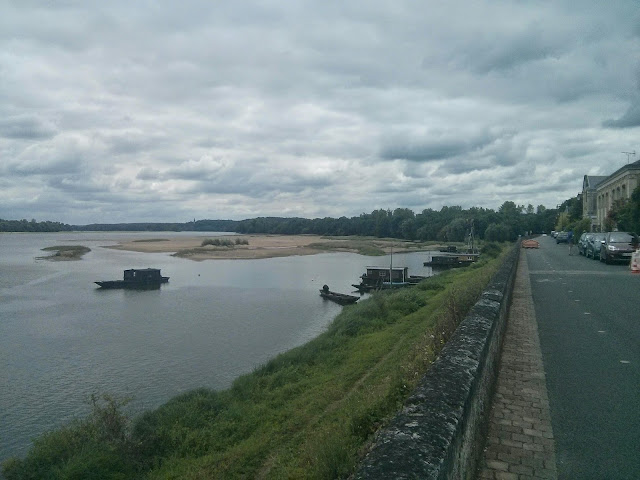 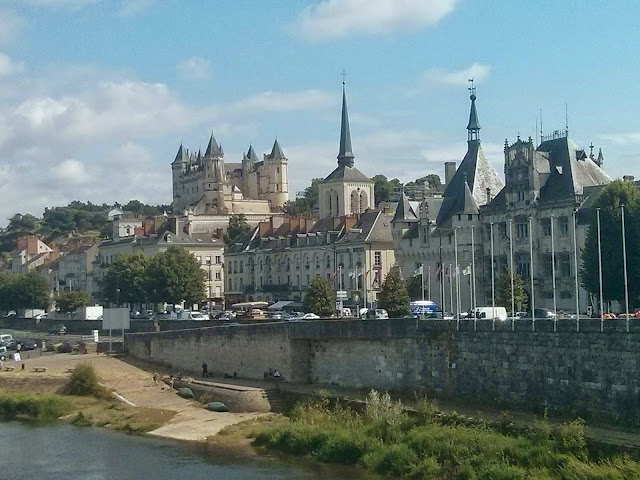