We had already decided that we were going to finish our trip at Abetone so today had that end of walk, anticlimactic feel to it.  I had originally hoped to get as far San Pellegrino (at least) but the struggle with accommodation and the time involved in completing some of the stages have left us a couple of days off plan.  Despite the fog we've been lucky with the weather but the forecast for the rest of the weak suggests that this luck is coming to an end.  Also it's easy to get down the mountain from Abetone so the plan for one more day's walking,  and then a trip to Lucca and a day's recuperation before flying home,  makes a lot of sense.

We had also been lucky with our stay at Cutigliano.  Catigliano is not as accessible as it looks on the map and if we hadn't managed to cadge a lift both ways it would either have been very expensive (taxis) or involved some tough additional walking.  Walking all the way to Abetone would probably have been a better option but that it would have been a long day and dependant on a early morning lift up to Orsigna from the owner of the Hotel Melini.

The man who organised our trips up and down the mountain arrived just before the departure of the 7.55 commuter cable car.  Not quite sure what all the workers do off-season but the cable car was full of provisions.  The most interesting as far as I was concerned were two boxes of fungi which at first site, given their colour and size, could have been full of cooked crab. 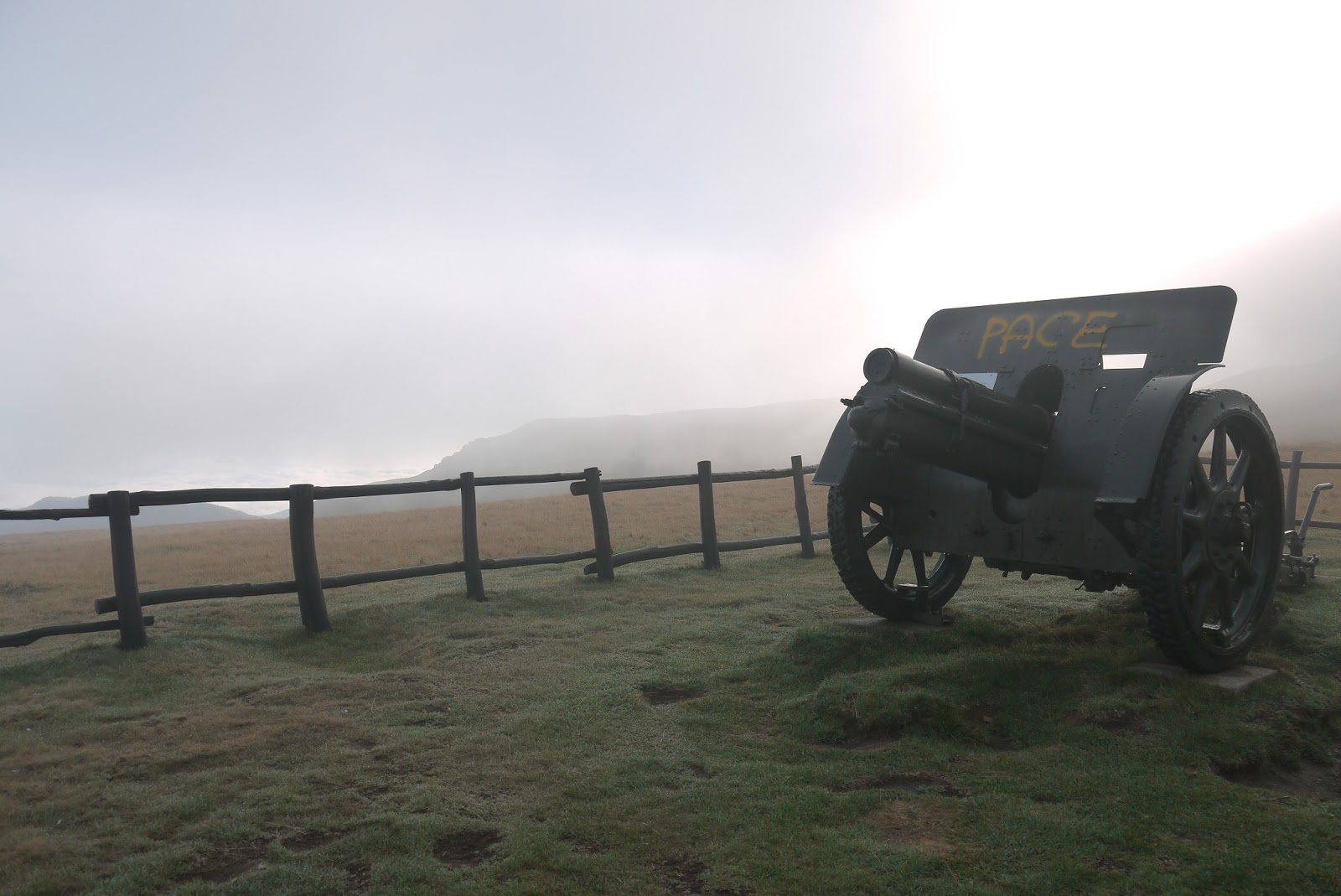 We were back at the top in less than 10 minutes.  The sun was distinctly watery and there was high level cloud as well as mist in the valley and, although we were high up and above the trees, big views seemed unlikely. 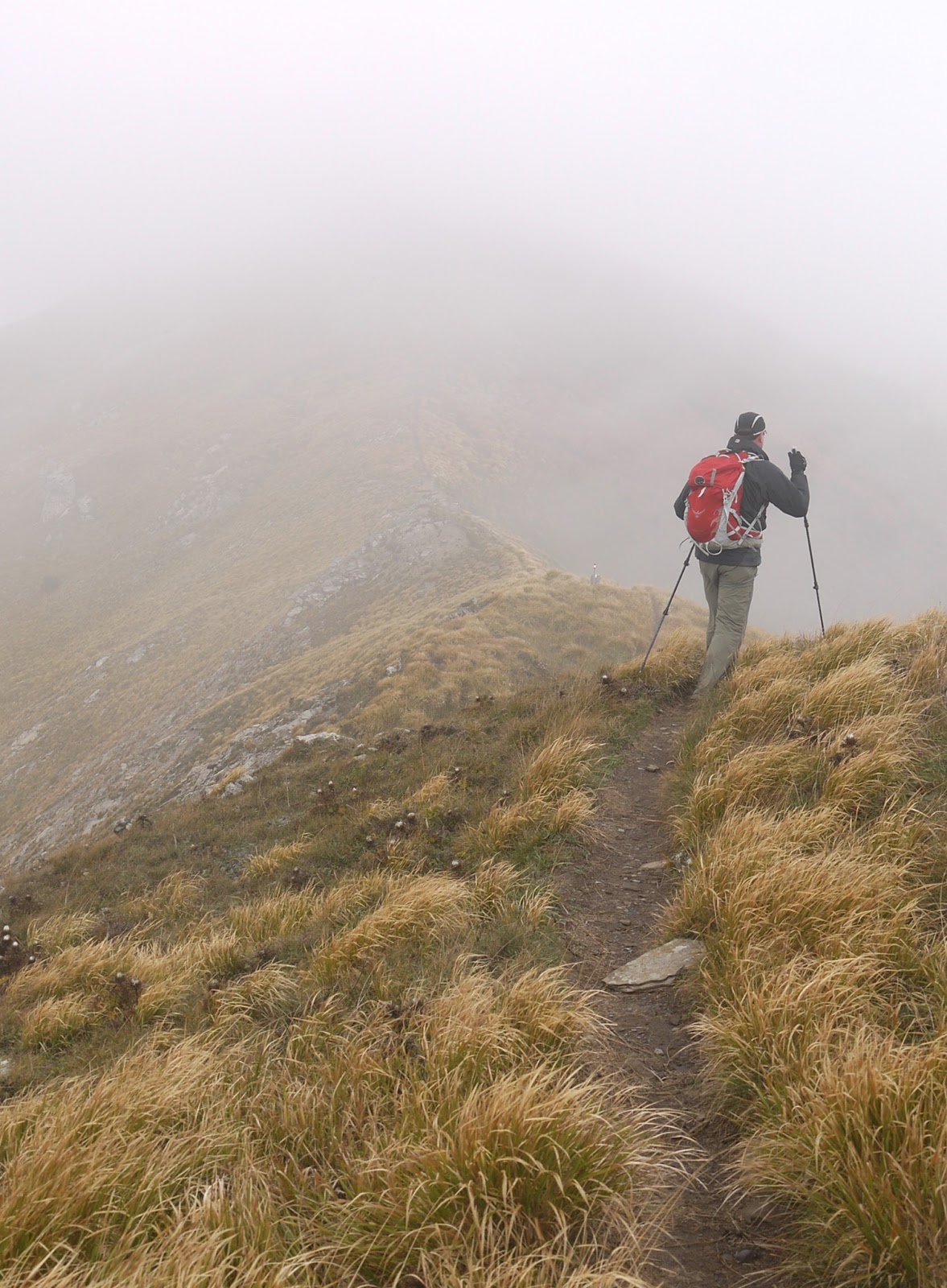 Climbing back to the ridge we stopped and looked at a war memorial for the Alpini, Italy's elite fighting troops.  Someone had expressed their view on the front of one of the field guns with spray paint. 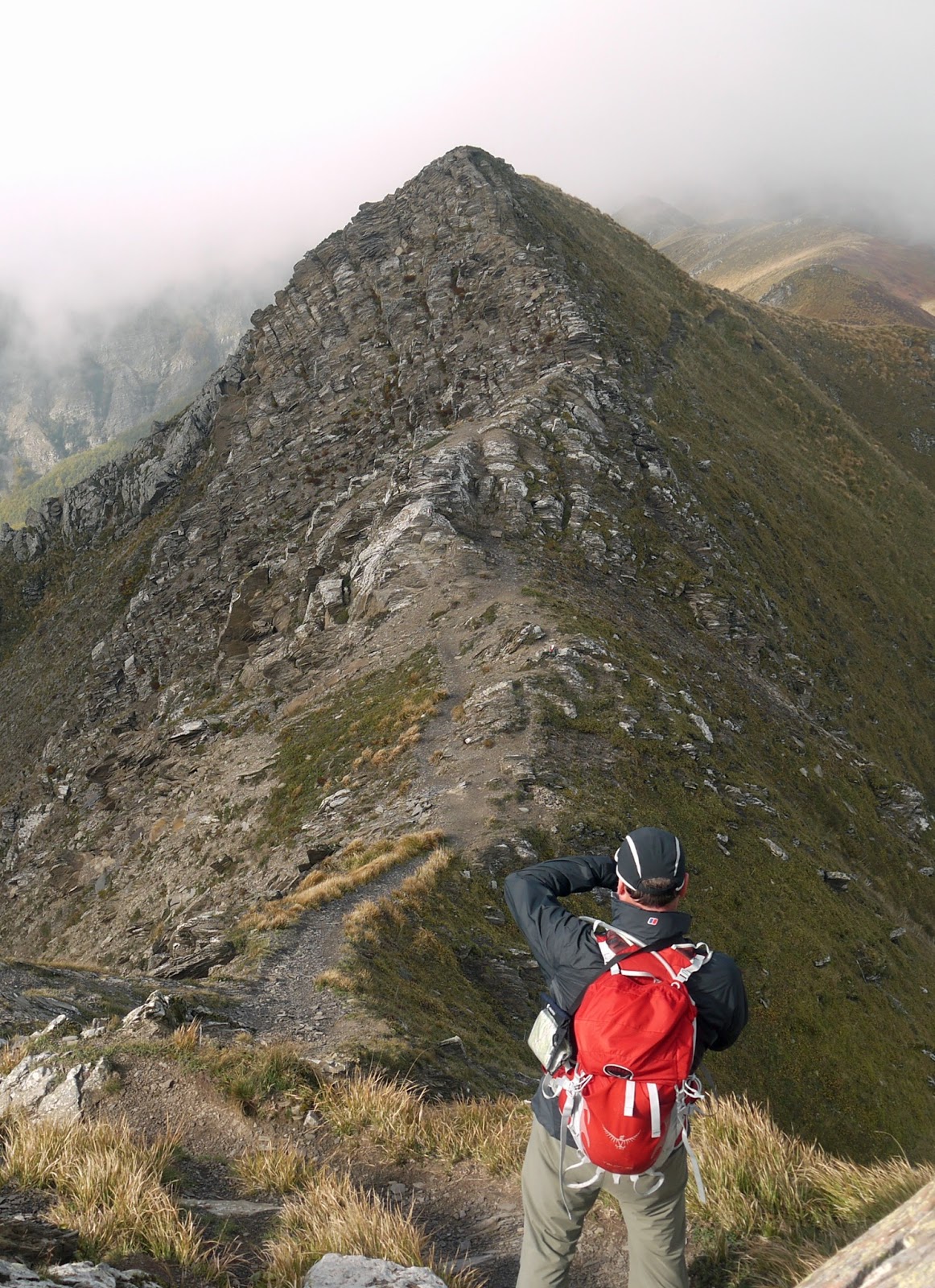 After checking to make sure we were heading in the right direction we were soon on the ridge proper.  Definitely the most exposed bit of walking to date on the GEA, the guide warns that it shouldn't be attempted in bad weather, and certainly I wouldn't want to walk bits of it if it was really windy.  Today it was just misty although the mist was occasionally blown away just long enough to let us know we were missing some amazing views.

The mist cleared as we dropped down and the last stage of the walk, into Abetone, was along a lovely forest trail giving us our last views of the trees and funghi which in many ways have been the defining feature of this walk.
We arrived in Abetone about ten minutes before the skies opened up and the rain poured down.  Excellent timing.  We stayed in the old part of town and were the only people in the hotel and the only people later on in the restaurant.  In the off season ski resorts have a unique abandoned feel about them and I guess we were lucky we found anywhere that was open.  Still we had a lovely dinner.  We had an amazing raw mushroom starter - finally sliced mushrooms dressed with something that resembled oregano, garlic, oil and salt - very simple but excellent; followed by an incredibly thick steak on top of which sat, almost as thick as the steak, one of the huge crab coloured funghi we had seen in the morning.  I can confirm that the fuss they make about funghi in these parts is completely justified.