What goes up has to come down. After breaking personal records on yesterday's cycling ascent I did the same today with the descent.  It was not, however, a simple reverse; today's ride was different in every respect.  The road was potholed and broken, and the dappled shade from trees made the surface difficult to see.  There were also big lorries coming the other way which often forced you onto bits of the road you would want to avoid.  In skiing terms it was a black run, although I don't think there is a ski run anywhere that is 50km long with a 2,200 metre drop.

We left early and cycled up through Ooty, past Charing Cross and up to St Stephen's, a Victorian Anglican church. Remnants of 'empire' are everywhere here. Despite the sun it was cold and as we cycled into the countryside we saw frost on the grass.  Freezing fingers were something I hadn't anticipated in southern India.
The scenery was lovely, a mix of farms and forest.  The spic and span combination of tea plantations and terraced fields of carrots - all very green in a low early morning sun - was particularly nice. We were crossing the Niligiri hills, one of the most important tea growing areas in all of India.

After 10 kms of undulating countryside we started our first big descent. It really was like a ski run through trees, with the road swinging left and right but heading relentlessly down.  The road surface was terrible.  There were deep holes which either had to be avoided or crossed very slowly.  With the light switching constantly from bright sun to shadow, maximum concentration was needed. 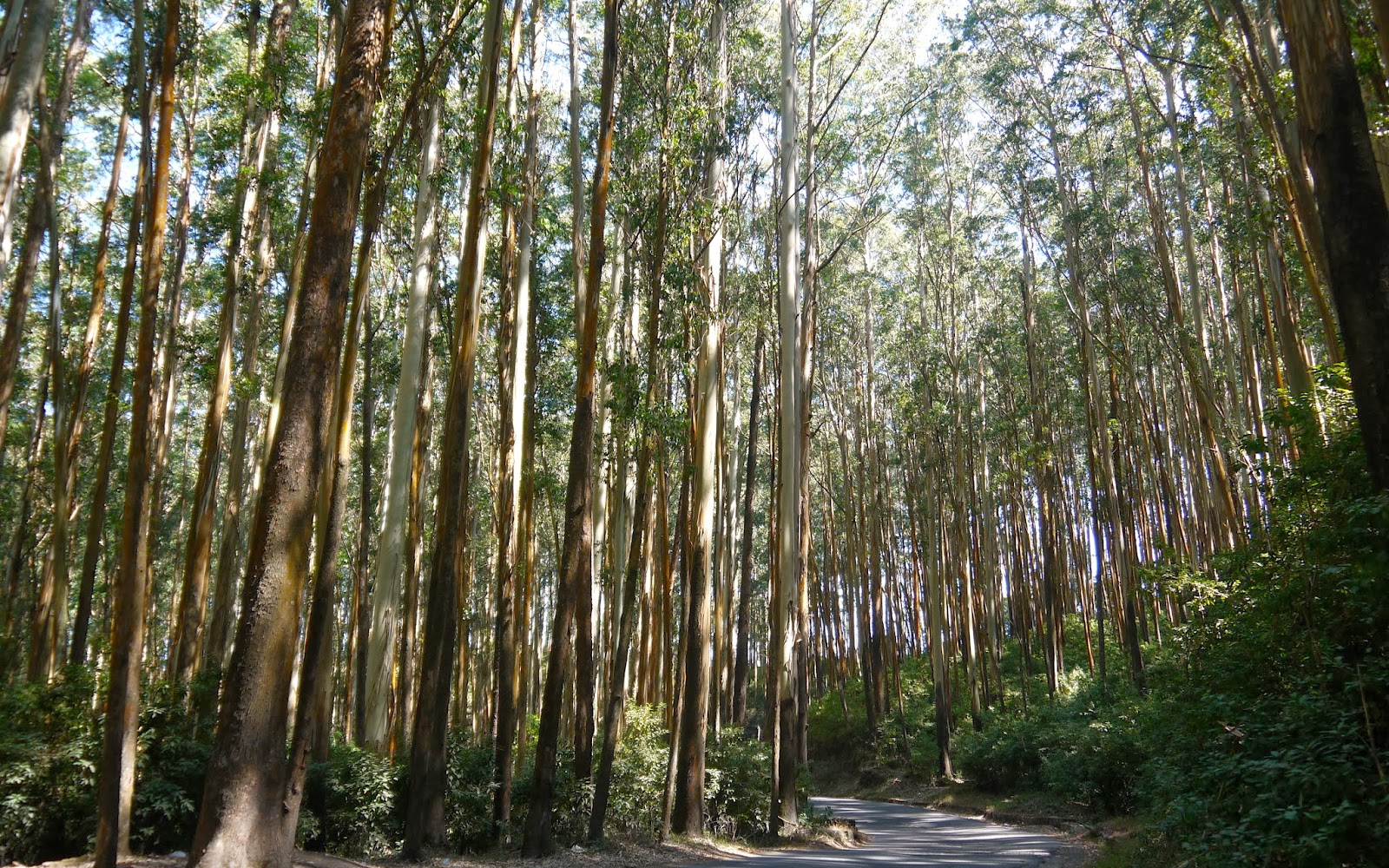 After a cup of tea half way we were soon crashing down again and by the time we got to the Chambala Tea Factory we were ready for a break. We had been cycling for about three hours, had dropped down from the Western Ghats and the climate had changed.  It was already a lot warmer.

Heading through Gudalar Town I had my first near miss of the trip. Ignoring Vishnu's advice to give way to everything I speeded down into a chicane as an SUV entered it from below.  We manage to miss each other in the middle, but only just.

After a few kilometres of undulating road we were on another huge descent, almost the same length and just as dangerous.  The only difference was that instead of pine, cedar and eucalyptus we were now passing through jungle with huge bamboo canes hanging over the side of the road. Half down the 25km descent we crossed the border from Tamil Nadu into Kerala, a big deal for all the support team who all come from Kerala.

Just over the border I have a second near miss. Following Rinto, who always leads, I drift out a bit too far on a hairpin bend and end up in the rocks and sand beyond the tarmac.  Somehow I manage to get my feet out my pedals and stop without falling over, but for the last few kilometers I was one super cautious cyclist.

After 86km and over 2200m of descent we stopped for lunch at the Minhar Restaurant. It was another amazing Indian meal with many vegetarian, fish and chicken dishes.  We got our first taste of the distinct Keralian rice (short grain) and the fantastic local paratha. The food is so good here that even with all the exercise I know I'm putting on weight.

The afternoon involved a long bus ride along a busy road to the Guruvayoor.  We watched a couple of Bollywood movies which helped pass the time, but it was a hot uncomfortable journey.
Posted by John Hayes at 5:05 PM