Hiking through Castellón - Days 1 and 2 to Jerica

Although I'm really pleased with the walk through Castellón as a whole I wouldn't do the first two day's of my itinerary again.  It's a flat, fairly monotonous route with the first day in particular involving a lot of road walking. Cycling along this route, particularly given the wonderful weather we enjoyed, would have been brilliant.

The roads followed on the first day were minor rural ones, which in Spain are virtually traffic free, and on the second day the route joins a disused railway line which, with its e gradients, was a perfect for cyclin. The first three days of the walk through Castellón are based on the relatively new 'El ' route which extends over 1,000km and goes all the way from Burgos in NW Spain down to Elche on the SW coast.  The route is probably designed as an alternative to the popular Camino de Santiago and as well as walkers has been developed to attract road and off-road cyclists and even motorists. The website is brilliant providing trip notes, accommodation suggestions, and GPX trails with variants  for each type of traveler. 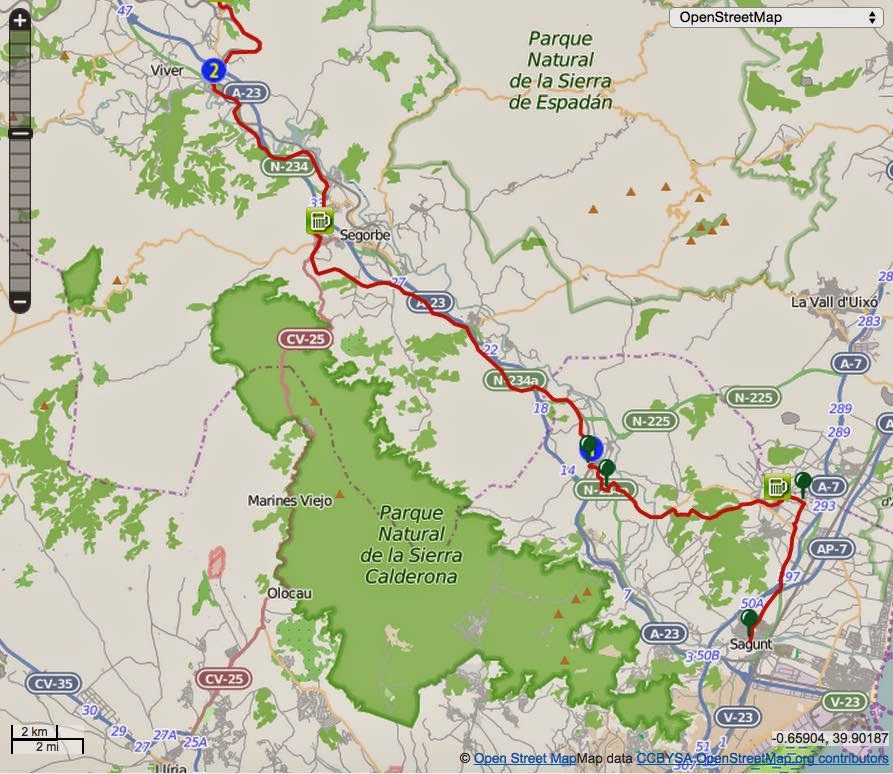 From Sagunto the route heads north, via a footbridge over the Rio Palencia, along a quiet road into a flat fertile countryside packed with orange groves.  After passing underneath a motorway, crossing a roundabout near a petrol station, the route reaches a chapel, the Eglésia Benicalaf, and after 7km turns east. Within a the route reaches the first of three virtually linked settlements (Benavites, Quartell and Quart de les Valls).

In Quartell there is a bar/restaurant, possibly owned by the community, that serves excellent and sandwiches.  It's a good place for a lunch stop if you can cope with the stuffed bull's head on the wall. From Quart de les Valls the route climbs a little and enters a wooded area and the day's only non cultivated stretch of landscape.
What turn's out to be a limited walk on the wild side ends abruptly with another stretch of road walking, the worst of the day, across a valley to a smaller road and then into the village of Torres Torre. Torres Torres is the prettiest Day 1 village and features Arab baths, a beautiful Baroque church and a castle.  There are a couple of bars both of which were closed when we arrived late afternoon.
is 19km from Segundo and the first place after the town with any accommodation. The accommodation at the little boutique hotel of El Secanet is very nice, but expensive by Spanish standards. From Algima the route joins the Via Verde Ojos Negros a 160km long disused railway line that used to carry coal from a mine near Teruel all the way to Segundo on the coast.
Navigation from Algima is very straightforward, you just follow the old railway line as it runs up the valley.  It’s a pleasant walk although not particularly exciting.  The route skirts past a couple of towns but they are not enticing with the largest, Soneja, involving a trip over a bridge across the motorway.  Best to walk onto Altura where lunch can be found in the small main square a bar full of locals enjoying local specialities including pretty snails. 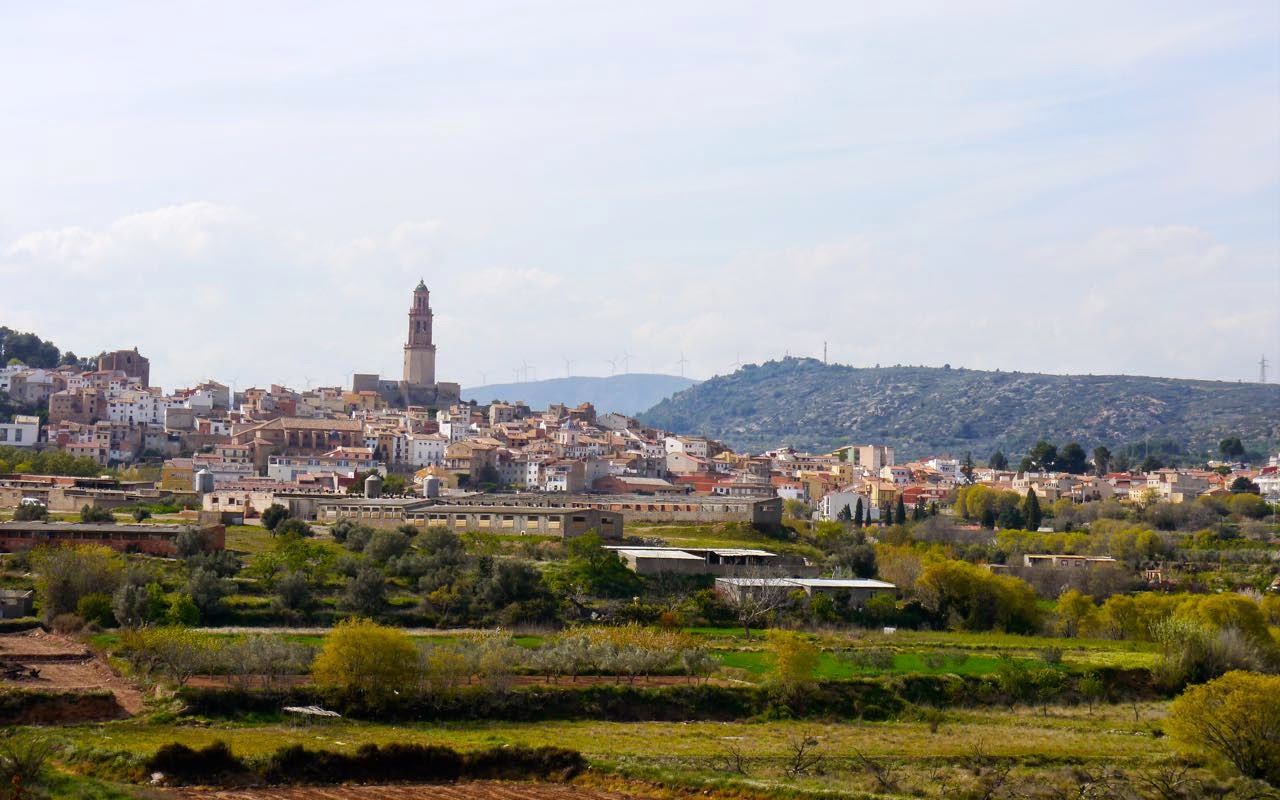 The walk from Altura to Jerica is similar to the morning’s walk from Algima. Jerica is well positioned on a hillside, can be seen from a distance and after walking nearly 30km is a welcome sight.  Annoyingly however there is a final 2km walk along a road, the last thing needed after a long day.  Jerica is the first in a series of fabulous Castellon towns.  With Roman antecedents, its castle is Moorish and was extended at the time of El (11th Century). The church, which dominates the town is much later and was not built until the 17th Century. We stayed at the Hotel Rosaleda Doncel which was cheap, comfortable and basic. It's near the station, which is just to the north of the town and there is other accommodation in Jerica which might be better located the historic .
Posted by John Hayes at 1:54 PM

Email ThisBlogThis!Share to TwitterShare to FacebookShare to Pinterest
Labels: E4 in Spain, GR 7 in Valencia; GR 7 in Castellon, Walking in Castellon