I can't quite remember why I planned such a huge second day for my trip along the Lycian Way but it was a mistake. Although much of was downhill, 40kms was always going to be too far and indeed it was dark by the time I arrived in my hotel in Terikova. Having stayed at 1200m last trip took me back down to the coast.

It started well. The young man at the Gol Mountain Lodge Hotel (primitive but good food) showed me where I had gone wrong last night and I was soon back on the main trail. The views of the snow capped Mount Tahtalid were great.


The route followed a nicely graded forest road down the side of a gorge. The only problem was that had been abandoned and it was rapidly being reclaimed by nature. Every so often the march downhill was disrupted by and more complicated walking down in the bottom of the gorge was required. Down below there were some likely looking swimming I didn't have time to stop and I guess the water would have been cold. 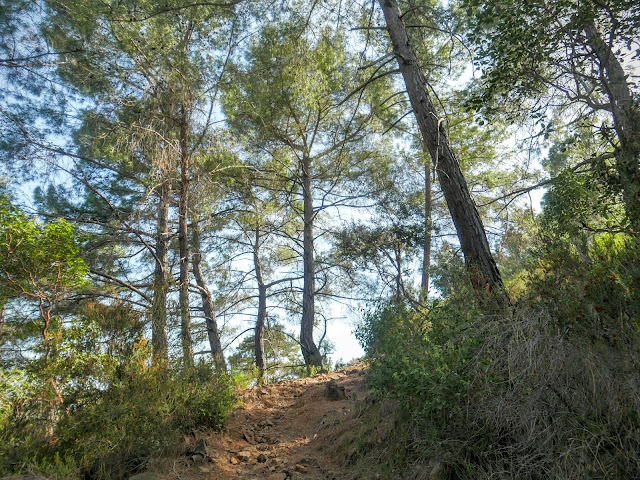 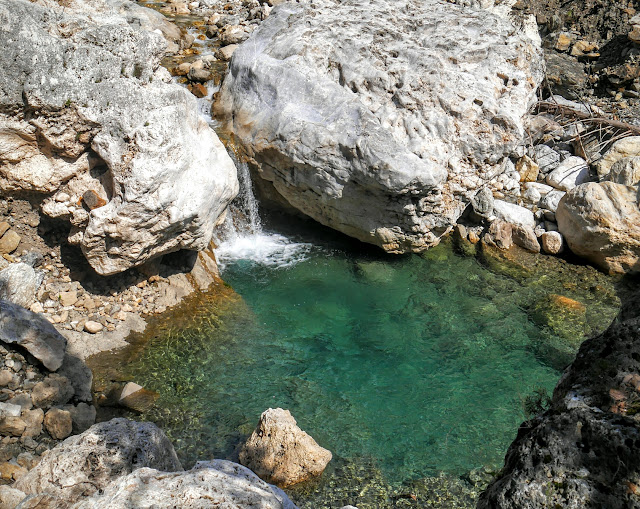 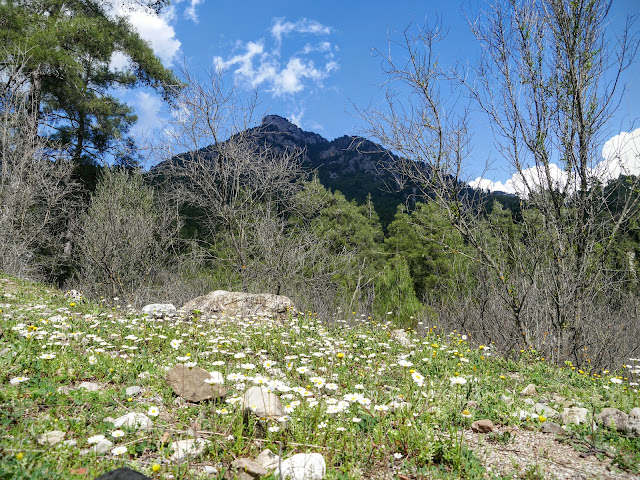 Finally emerging at the end of the gorge the route heads along a road and into Kuzdere. Here the way marking was confusing and I followed a route through missing the of town. Further short cut presented itself and having hesitating in front of the biggest concentration of bee hives I had ever seen I took it.

From here the walk was surprisingly tough involving a significant climb along a beautiful path through old pine trees. After losing half hour with a wrong turn I was heading down an uncomfortable rocky road that took me underneath the coastal motorway and onto the sea. 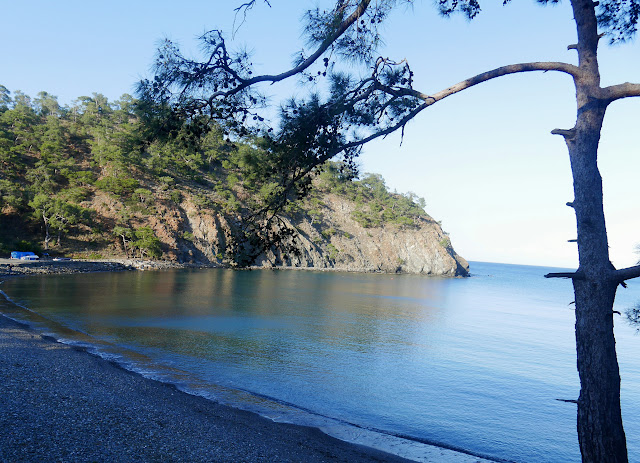 After a beautiful stretch of coastal walking, again through lovely old pine I then passed through the ruins of the Graeco-Roman port of Phaselis. As I hadn't done a lot of research on my route this was a huge and and although, in fading light, my photographs don't do it justice. I had it all to myself.

After of beach walking I was in Terikova and this time found my hotel without any trouble. For the third night running I the only guest and although the manager didn't speak a word of English I somehow managed to order what turned out to be a delicious takeaway dinner. The first thing I checked was the distance of tomorrow's walk, happily it's only 20km.

If you want to download the GPX file for this day follow this link to my Viewranger page. 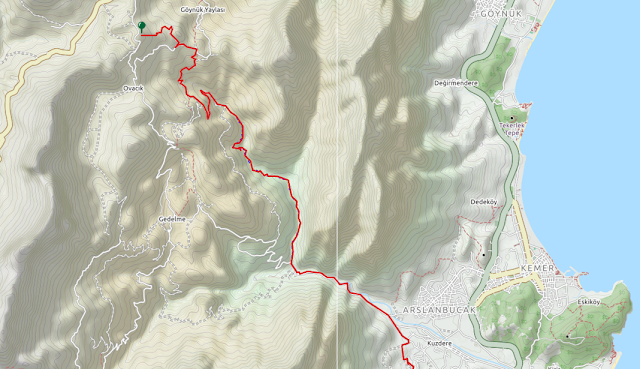 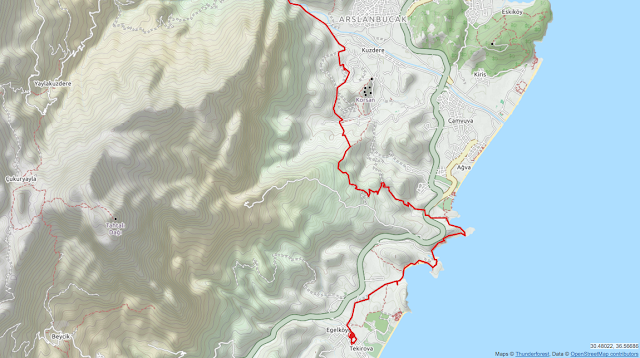