Big day today with a lot of changes. Firstly I've completed a long walk that has propelled me right into the mountains; secondly the weather has changed; and, thirdly the town council and its tourist office has provided me with accommodation.

The walk was 37 kilometres, with 900 metres of climb and took me just under 10 hours. Most of the climb was at the beginning with great views back to Jimena de la Frontera, Gibraltar and the Mediterranean. The light was poor and the photo doesn't do it justice. After cork trees and some strange stunted pine trees that generated a canopy that looked like giant broccoli, the countryside opened up. At the top everything was a mass of colour, purple heather I think.

Half way along you enter a long narrow hidden valley, completely different walking, very enclosed, like walking through a tunnel. Then it opened up, and so did the heavens, rain, lightening and hail as well. The temperature dropped and I hadn't put my fleece on and got really cold, a mistake I won't make again. Stayed fairly wet all afternoon so a good and successful test for all the waterproofs. 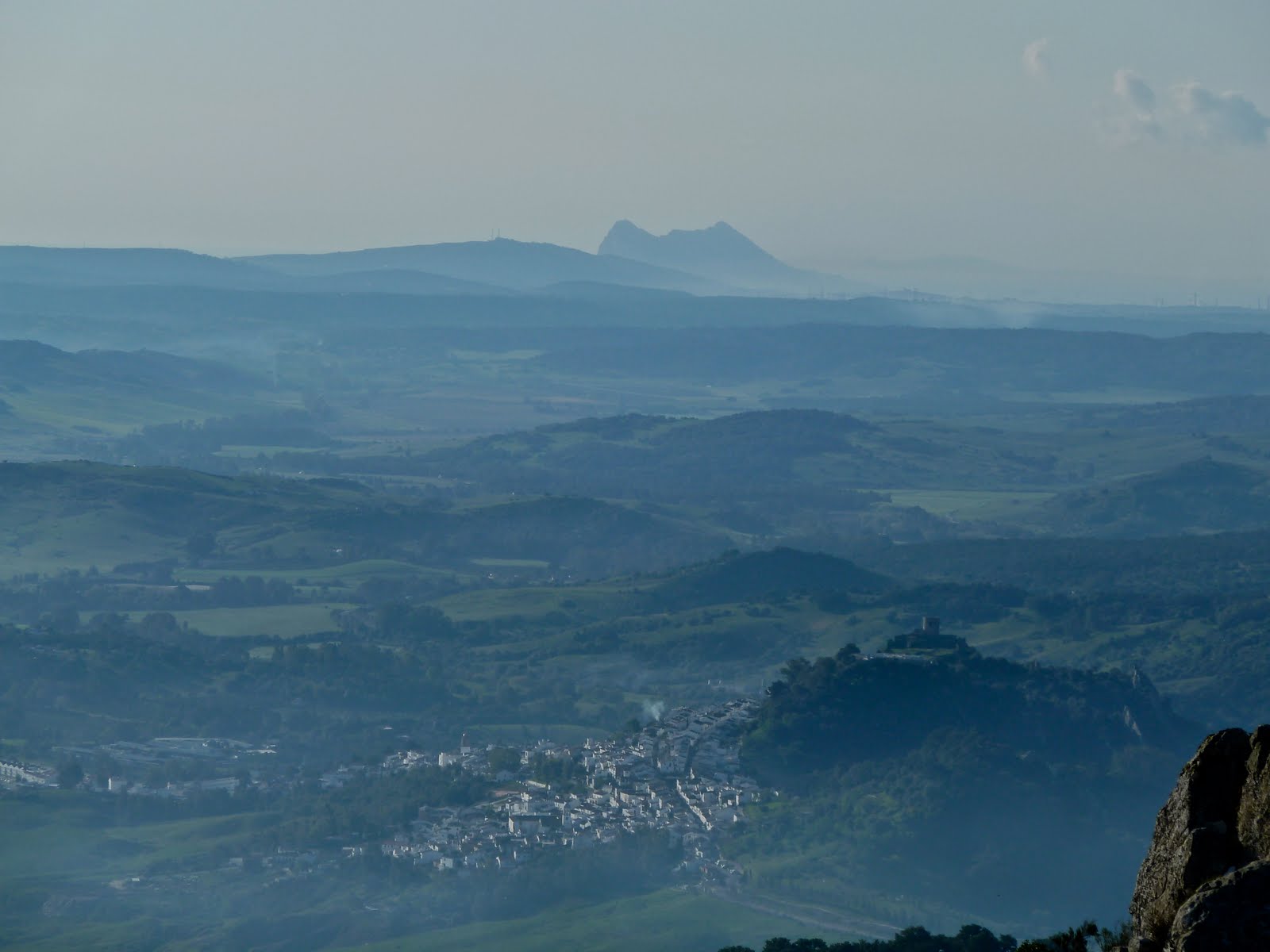 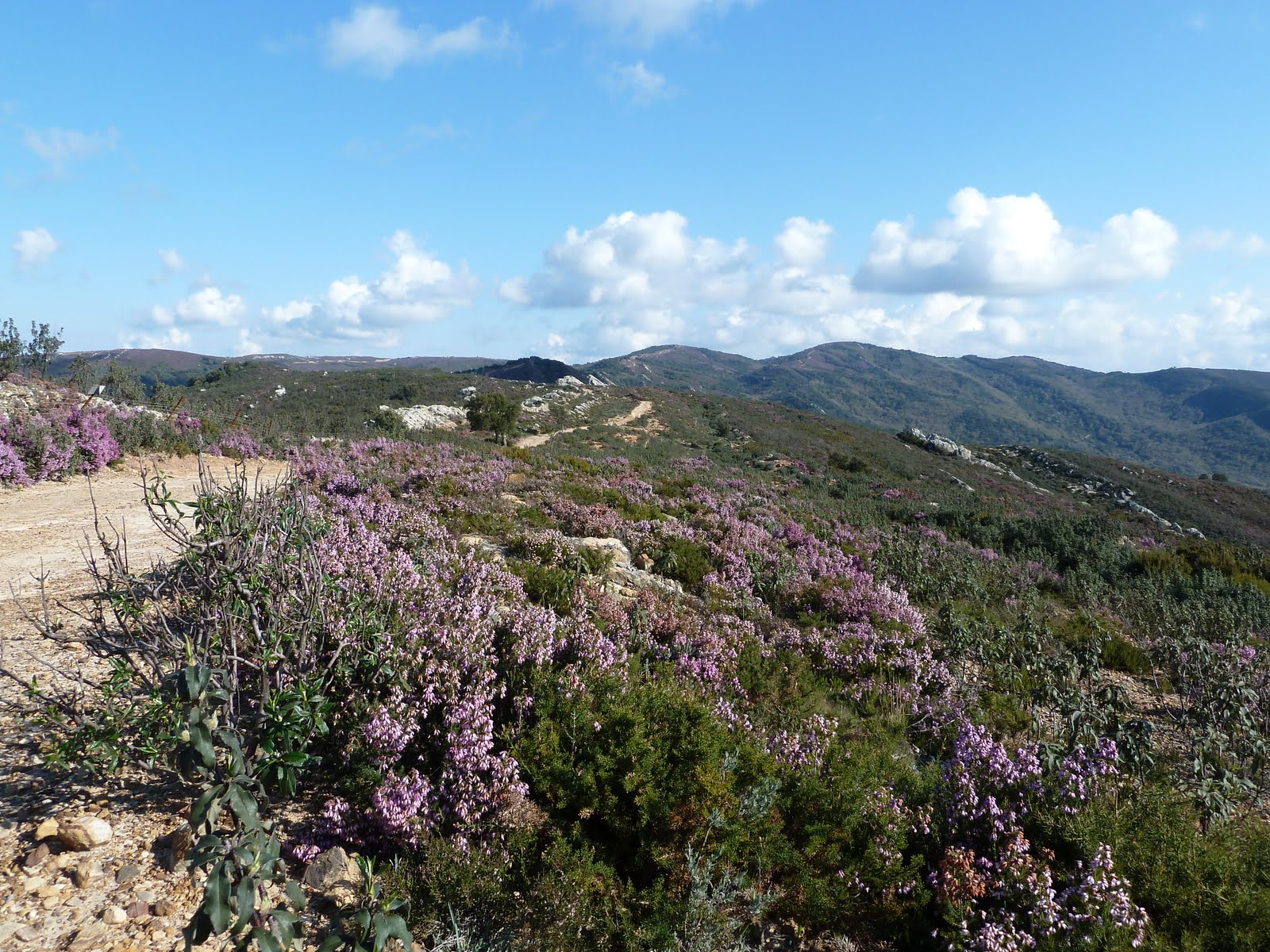 After about 27 kilometres I was heading down to Ubrique and on a road. Both the Cicerone guide and my GPS trail suggested that I would have to stay on it all the way, but some GR markings took me down a muddy green lane, a short cut, which gave a welcome relief from the hard surface.

Ubrique is a mountain town, larger than I had expected and nestling under huge cliffs. Accommodation has been arranged for me by the local tourist office enabling me to generate 50 euros from my accommodation sponsor towards the BNMT project (generated 50 euros for each of the last two nights as well). Many thanks to everyone who has put this together. The trip in the back of the local police vehicle was particularly interesting. The vehicle didn't have much and the sound proofing, lack of handles on the doors and hard surfaces suggests that it was usually used for a different sort of customer.

I have been given my own tiny flat which I think is like some sort of emergency homeless accommodation. It's a bit basic and turning the hot water on causes all the power to trip (something I got around eventually by using the microwave). Dinner and breakfast is around the corner in the Bar Carriles. Everyone in the bar seemed to be related and they were having a riot. Wish I could speak Spanish.

The whole place by the way is like a maze. The streets are about four feet wide, all the houses are white and I got lost in an instance. A nice old guy escorted me from one end of the town to the other to find the Polizia Estacion but where will he be in the morning when I have to find it again to return the key. Pressure!

One small moan about Nestle chocolate. I bought two large bars of chocolate last night, very strong, was told later that I had bought cooking chocolate.

Insomnia script. The tiny flat is very close to one of the narrow roads, you feel like you are in the road. Young men are flying around on scooters on the wet cobbles, the noise is intense, I guess it's what you do in the absence of a bull run.
Posted by John Hayes at 6:43 PM