Just a couple of things I forgot to mention. The first is that the Los Barrios area is stork heaven with huge stork nests sitting on top of virtually every pylon. They look absolutely amazing when they fly reminding you of the relationship between birds and dinosaurs. The second and completely unrelated omission is that the castle at Castillo de Castillar dates back to the Nashrid Moorish dynasty which makes it, I think, the same age as the Alhambra at Granada. Included below is a compulsory picture of storks and a picture of my bedroom last night from the outside - not bad. 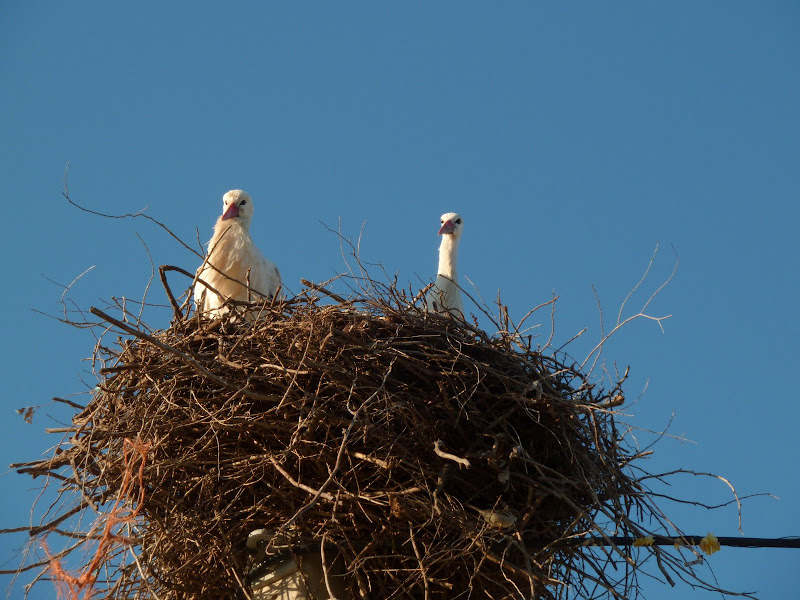 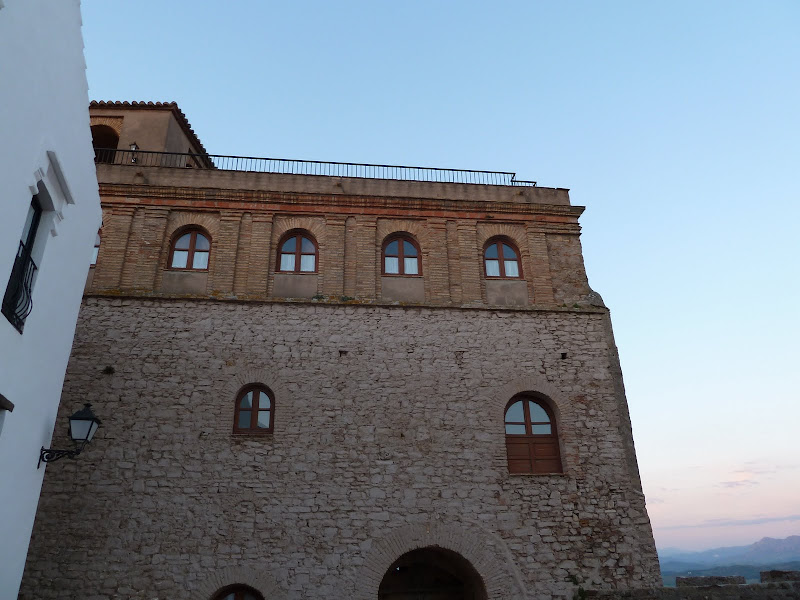 So today's walk was 18 kilometres, just under 13 miles, was supposed to take 6 hours, but I did it in 5, so bully for me. Good news is that I arrived at Jimena de la Frontera without anything aching or feeling sore and had plenty of time to rest up for a really long walk tomorrow.

I guess you can break the walk into three parts, the last bit of the cork forest, cattle country and then a flat walk through arable land along the side of a railway line. Virtually all the walk was off-road so with any luck yesterday was just an aberration.

Really liked the cattle country, which is what I was looking at from the road yesterday. Maybe it's the farm boy in me but I do like to see cattle with the sun on their backs in huge rolling green fields. Well this was a particularly green version of the "Ponderosa" and Little Jo and Hoss would have finished the picture. I did take a picture of a bull behind a fence but unfortunately focused on the fence and not the bull - nerves.

For my friends who are trainspotters the walk along the side of the railway line was a bit uneventful, only saw three trains. I got a picture of one of them, not very good, but I know that all they need is a mere shadow and they can work out who made it.

The line by the way was built in 1892 by the French engineer Emil de Balignac and connects Algeciras with Bobadilla. The seven dodgy English built trains where replaced with Spanish thoroughbreds after only 10 years. Despite the current levels of traffic (less than a train a hour) the line will be part of the high speed network by 2015.

The other interesting thing about the walk is that it was very wet underfoot. I guess this proves how lucky I have been with weather. It also confirmed to me where we are here in comparison to the UK in terms of spring. The ash trees are out and have been for at least a week. Ash trees, along with the Oak, are one of the last trees to come out in leaf in the UK, I think around the end of April, beginning of May. That means, according to the ash clock, spring here is a massive eight weeks ahead of the UK.

Jimena is another hill top town although here town spills out down the hill and well beyond the ancient walls. It's a lovely pueblos blancos with lots of bars and restaurants with a significant ex-pat community. The British landlord of a bar gave me directions to the Casa Henrietta where I'm staying for the night, and I'll go for a drink there later.

The Casa Henrietta is another special place. It has a similar style to the very upmarket Riad Christine and I stayed in when in Marrakesh last year and must be based on the same keeping cool principles. Lots of shade with a series of inner balconies around a central courtyard which has now been enclosed with an atrium. The decoration is very Andalucian. The walls are painted with bright colour washes, yellows and red/ochre and strong primary paints are used for the woodwork. All designed for the sun.

My room, pictured below, is I suspect typical and also benefits from an amazing view north towards the mountains. The landlady, Melissa Gonzales, could not be more helpful and speaks great English. She is a painter, used to live in Henrietta Street in Dublin (her English has an Irish accent), paints lots of Henriettas and hence the name Casa Henrietta. If you plan on walking the E4 this is definitely the place to stay in Jimena de la Frontera. 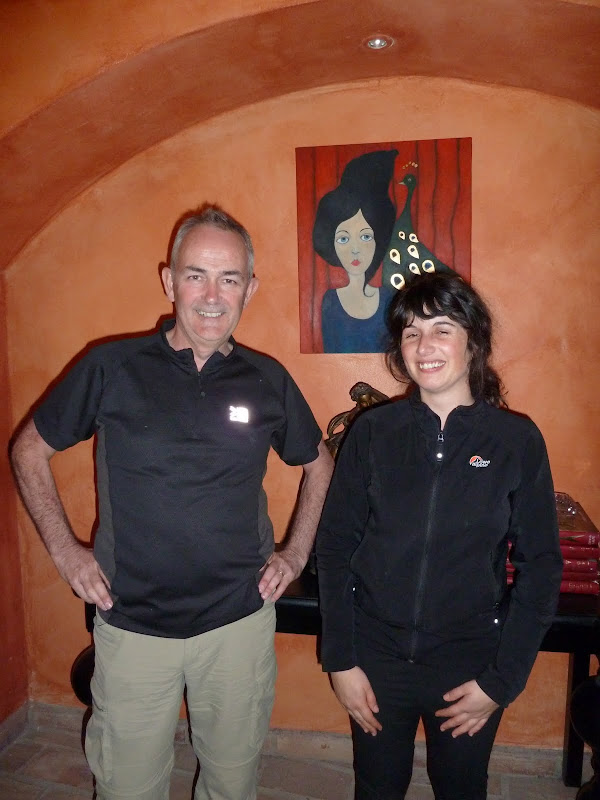 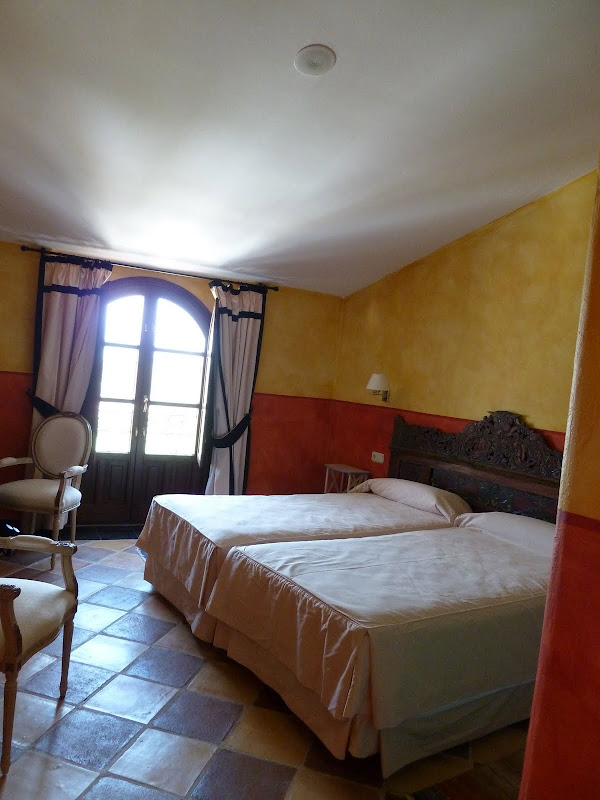 1. Had a drink at the Bar Oba and the English landlord said that railway was designed by an Englishman not a Frenchman. I got my information from a sign near the railway. More important, it is wide gauge and the trains using it go through a process of bogie adjustment before going onto the standard gauge network. Worth a whole trip just to see this line!

2. Left a pair of underpants at the last hotel - this rate of attrition could really jeopardise my plan.

- Posted using BlogPress from my iPad
Posted by John Hayes at 6:10 PM