Slightly shorter walk today, 30 kilometres, and after yesterday's experience I was away in really good time, out the garden shed by 8.15 after a chilly night.

Basically the walk was in two stages both dominated by the limestone ridge running west to east. You walk onto its southern flank in the first stage and then after the village of Valle de Abadalajis you cross it and walk along its north flank. Climbing up from El Chorro, and then crossing it again later on, combines to give a total of nearly 1200 metres of attitude gained, as well as the 30 kilometre walk.

It was good walk spoilt a bit by some road walking later on, and the light was very poor, particularly in the morning.

The first task was to recover the attitude lost the previous night in the descent to El Chorro. Walking up through pine trees all way within 20 or 30 metres of the great cliffs which make the area a magnet for climbers. Getting to the top took about 90 minutes and once there you could clearly see the walls of the reservoir on top of the cliff on the other side of the gorge.

It was a then a long and very pleasant contour walk until you dropped down into the village of Valle de Ababalajis where I bought some bread, ham, bananas and chocolate - my core day-time diet. Must say that the towns in Andalucia are really impressive. The "public realm" as some of us say in the UK is immaculate - pavements constructed with traditional materials, well maintained and clean. Had my sandwich watching this guy doing his pull-ups on outdoor exercise machines and totally failed to put him off. Trust me he does get of the ground and his dad was doing it as well. 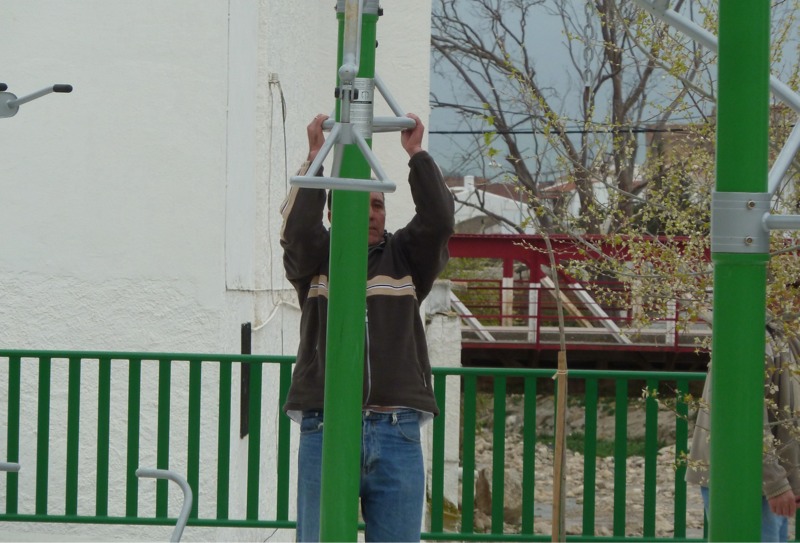 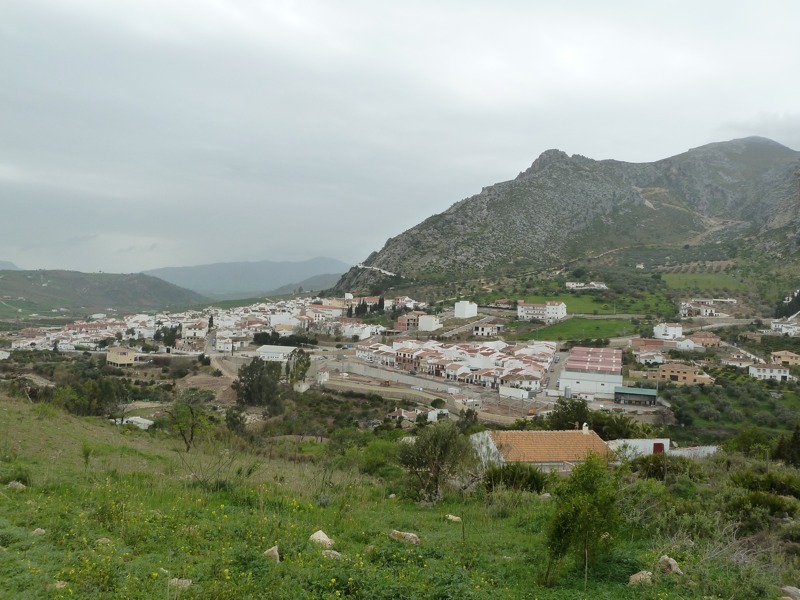 The second photograph is the view back to Valle de Abdalajis. If the towns are not surrounding a rock they typically have their back to a cliff.

It was then another climb over the ridge and a walk across some arable countryside with the ridge, now a less dramatic feature, on the south side. The route then took you along a road and then a really nice cross country section on a well maintained contour path, before finally descending into Antequera.

Antequera is town with a population of 40,000 with a huge of amount of new housing on the west of town. It took a good 30 minutes to find the middle and I'm staying at the first hotel I saw, the Hotel Castilla, which is fine (and good value).

Worth mentioning one particular feature you have to get used to as you walk through Spain and that's the dogs. Every enclosed space has a dog in it. The dogs are alarms and you can set several of them of at the same time. There are three types of dog - big savage dogs, small savage dogs and a small minority of dogs that don't bark - dogs in disgrace. I have taken a few pictures and they are nearly all of small savage dogs, taking a picture of a big one is just too scary - they get even madder and the separating fence cannot hold back a big mad savage dog for so long. 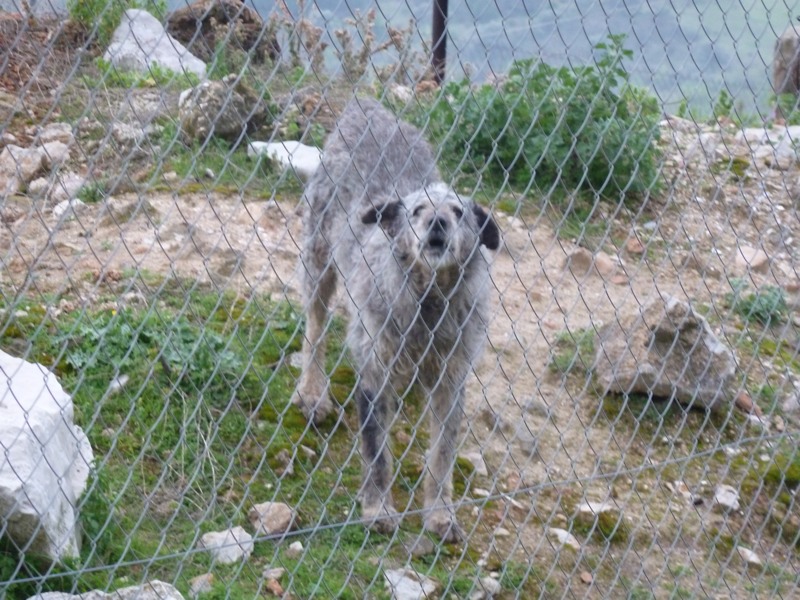 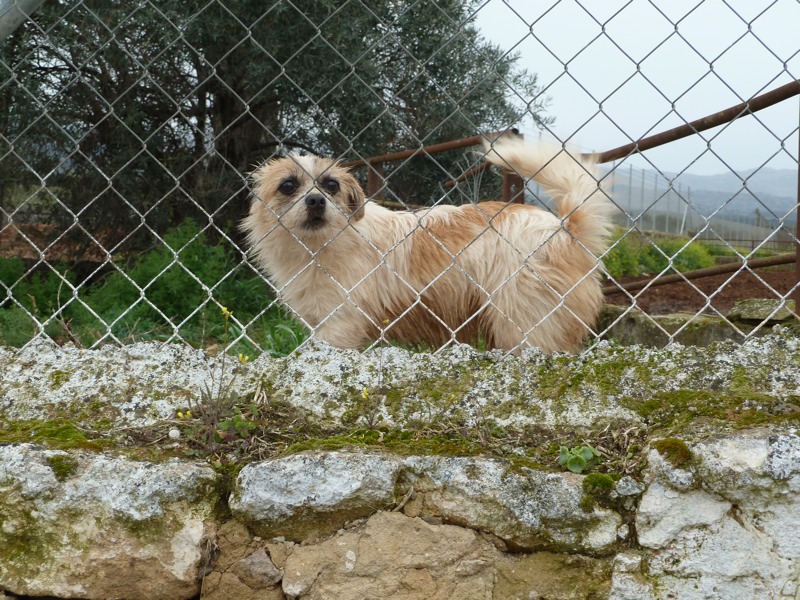 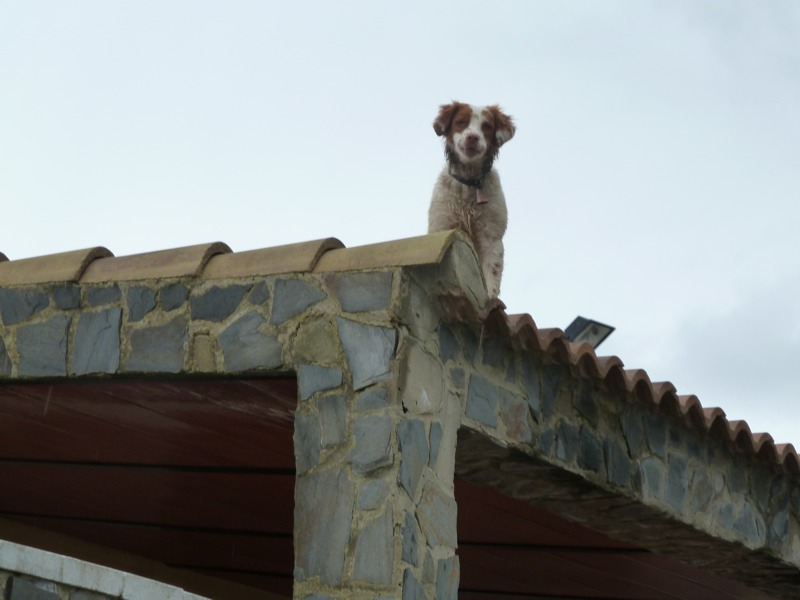 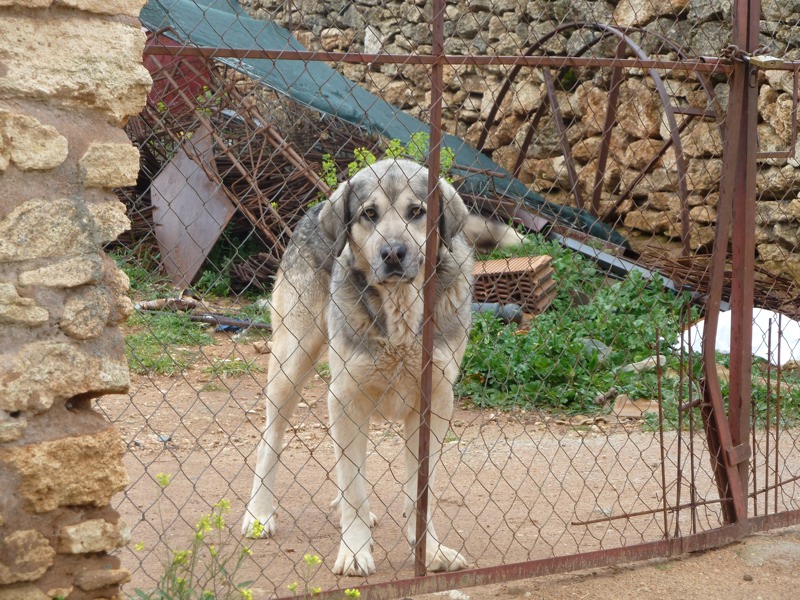 The last dog is example of the minority category - the dog in disgrace, for some reason he wasn't barking.

The only thing I would say is that so far, touch wood, when you do across a dog on the wrong side of the fence, they seem less fierce. If they start barking all you have to do is shake a walking pole at them and they shut up - so far.

My thanks to Josie for her sponsorship, clearly a very kind person both for supporting me and putting up with Mike Hoare for a boss.