Feel a bit guilty about what I said about the pension in Moratalla yesterday. The water did get hot, the pension was clean and warm and I got a good sleep. It was also cheap.

Was starving this morning so had a double breakfast. The standard breakfast is a sort of bruschetta. Skinned and seeded tomatoes are given a rough blend and you either get the tomatoes on the toast or in a bowl in which case you apply them yourself. In Torres, Christine and I were given an application lesson. Firstly you do a couple of shallow cuts down the length of the toast, pour loads of olive oil into the cuts, pile on the tomatoes, season and then consume. Truly delicious.

Having double breakfast in the bar underneath the pension gave me more time to observe Spanish bar breakfast habits. While I was having double breakfast they were having trebles of all sorts of different alcohol, whisky, anise, brandy, sometimes straight and sometimes in coffee. Let's be honest if you go into a lot of pubs in the daytime in the UK then a lot of the drinkers are serious, and that of course is a euphemism. It might be true the people who gather at 8.30 in the bars of this part of Spain have the same pressing need for alcohol. Against that, however, is the evidence from lunch time today in the smart restaurant of the very nice hotel I'm staying at in Calasparra (Hospederia Constitucion). The two guys next to me, in their forties I would say, had a couple of beers with lunch and finished with herbal tea. Whisky was brought to the table and vast quantities were added to the tea. Perhaps drinking habits are different here.

Today's trip to Calasparra was a fairly short and very pleasant 22 kilometre walk which allowed me to get to Calasparra at about 2.30 (hence the lunch, lunch rather than dinner seems to be time to eat in Spain). After days spent at around 1000 metres I am now come down to 400 and it is noticeably warmer. The blossom has gone from the almond trees and in the fields the spring barley has lost the cold and pinched look it had higher up.


Although no longer in the mountains the views were great particularly looking back to Mortella and the gorge I walked down yesterday. Most of the mountains were behind in the west and to the north but there was a small and interesting ridge of mountains rising up in the plain in front of me. You go around the first mountain in this ridge to get to Calasparra and then along the ridge tomorrow to get to Cieza. Today's walk by the way was mainly off road and very well marked, the marking in general has improved enormously since Andalucia. If you haven't walked a GR, it's the white and red dashes you're looking for not the stop sign. 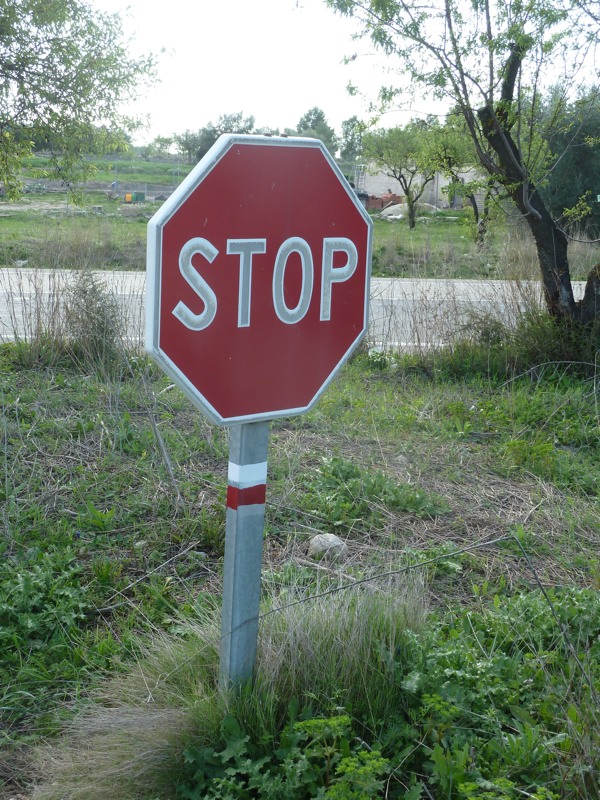 There are three towns in the north west of Murcia, Calasparra, Mortella and Caravaca de la Cruz. Caravaca is not on the E4 but there is a variant of the GR7 which goes there. It's one of the five most important towns for Catholics, has an amazing hill top location, and I may have missed a special place.

Calasparra, which is famous for its rice (has a rice museum and a rice walk), is also very nice. It is located between two hills with minimal remains of a castle on top of one of them. It feels more affluent than Mortella with more money spent on civic facilities. These include a new Greek style outdoor theatre next to the castle with an incredible hill top location and views across the wide valley to the mountains in the north. Tried to get some pictures of the town but as usual the sun was in the wrong place, will get some in the morning when I leave on a long walk to Cieza. 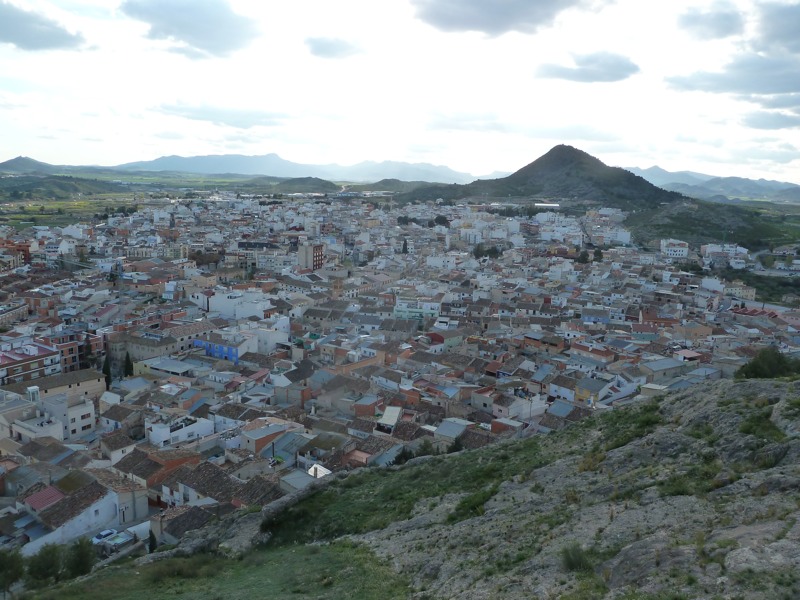 Got some nice coverage in Outdoormagic, special mention to you Juan so you had better check it. See http://www.outdoorsmagic.com/thoughts-from-the-outdoors/walking-across-europe---month-one/8087.html.