Dielsdorf is the last town on Jura Howenweg and the European Ramblers Association web site doesn't really tell you how to cross 50 kilometre gap between Deilsdorf and Lake Constance. Menno, who commented on my original route, has given a list of towns and I will try and go from town to town using these stepping stones. Bulach is on that list and gets me within a long striking distance of the Rhine for tomorrow.

If you have ever been to Zurich than Bulach, where I'm staying tonight is just to the east of the final approach run to the airport.

The weather is a bit iffy at the moment. Last night was very hot and at about three o'clock in the morning there was an enormous thunderstorm and the evidence of the damage done was all along the route today.

I say route but I just couldn't find the Jura Howenweg coming out of Balsthal this morning. Sleepless night and the need to cover a lot of ground today didn't help matters but in the end I gave up and followed the local footpaths rather than get on the route proper. Basically I walked along the bottom of valley and of course the Howenweg sticks limpet like to the top, the "crest", whenever it can.

Walked along the side of the river to Baden, which looks a very prosperous town, past numerous factories and a lot of new building. Two of my favourite counter intuitive facts are that Switzerland's economy has the highest percentage of manufacturing for any country in Europe and its workforce the lowest proportion of graduates. The evidence of the first fact at least was everywhere today. 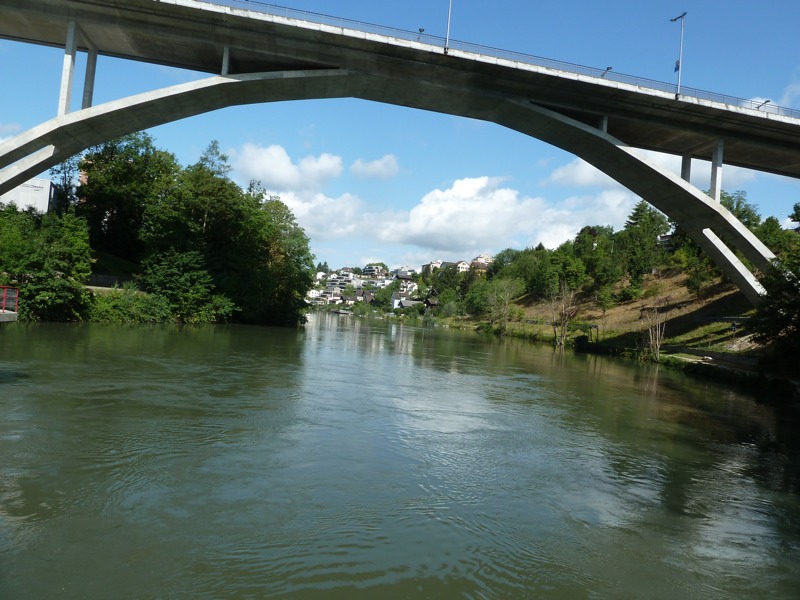 After Baden I decided to bushwhack my way to the top of ridge. As is usually the case going in a straight line up the side of a 600 metre hill is a lot harder than it looks (explains why they have paths) and the ground was particularly sticky after last night's storm. It was also hot and the horse flies were on patrol again.

Eventually I hit the trail proper and was able to finish of the Howenweg and march in Dielsdorf on the right route. Saw an interesting use made of a silage bale on the final descent. The penultimate town was Regensberg which was very picture postcard. 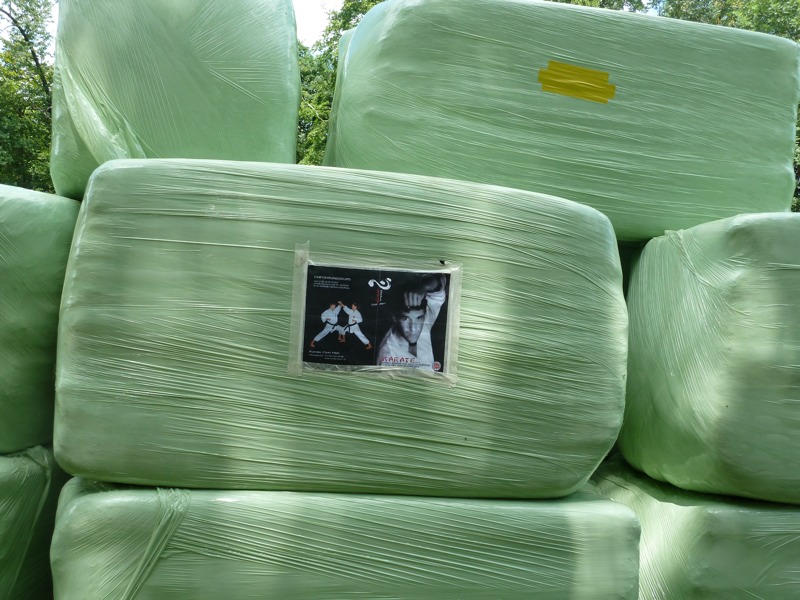 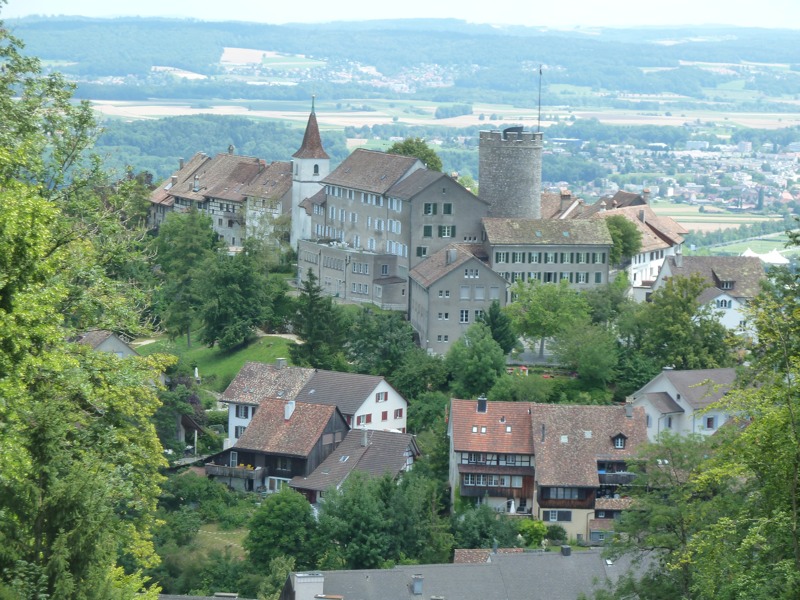 The last bit to Bulach was very dull but has to be done as I have big ambitions for tomorrow. Today's walk was 33 kilometres some of it in the right direction.

So I'm now yomping across the plain to Lake Constance and I'm trying to get to Stein am Rhien by tomorrow. I guess being so close to Zurich the hotels around here are extra expensive so I don't want to hang about. I'm one day ahead of schedule at the moment and after tomorrow that will be two days. Hopefully I can find somewhere a bit cheaper to hunker down for a bit. It's not just that the hotels are expensive, and I hate being in expensive hotels on my own, they are also not very good, food wise everything wise. Come back France all is forgiven!
Posted by John Hayes at 4:43 PM