Today was definitely the best walk I have had so far in Hungary. The landscape has opened up, walked through a series of interesting places and it was just a bit cooler than it has been for the last few days. Best of all I had some company.

Met a group of four Hungarian guys, who had also been staying in Topolca, a couple of kilometres south of the town. Really nice guys who were doing the Blue Route a few days at a time. A bit younger but very similar (a lot fitter actually) to a group of men I go walking with every year back in the UK. Great to exchange notes and talk about walking, Hungary and other things. They kindly took me wine tasting and up the castle at Szigliget and we walked together until early afternoon. 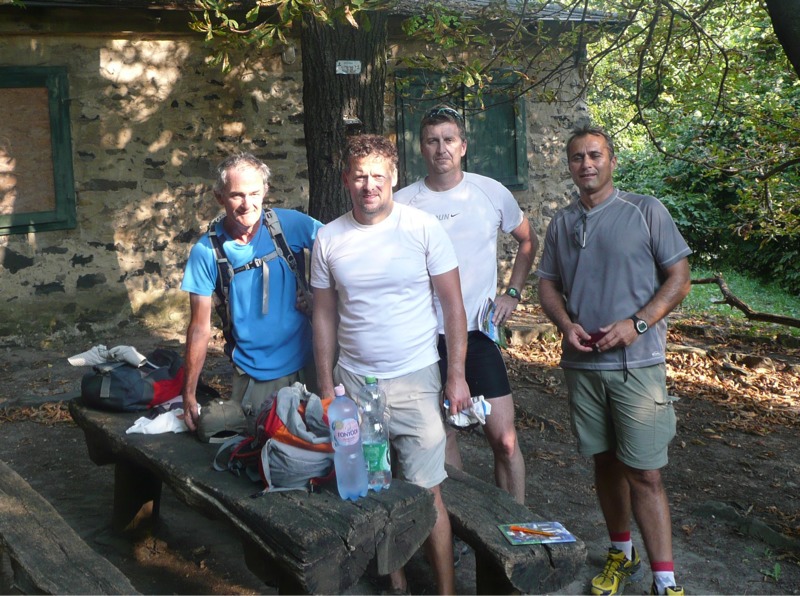 (one missing in the picture as he was taking it)

Actually today was a tougher walk than I had expected. 37 kilometres, leaving Topolca at 7.30, meant that I should have arrived at Szentbekkal at about 4.30 - it was nearer 6. There was a lot more climbing than I have had in Hungary so far. Essentially the route takes you south towards Lake Balaton up and down two volcanic "plugs" and then, north again, up and down another three (although to be honest you didn't go to the top of the last two). The first one heading north was particularly tough, climbing at a hot time of the day, and up steps.

The volcanic plugs give the landscape its distinctive shape. Taken as a whole it looks Italian, like Tuscany or Umbria and, as I understand it, this comparison is often made. It's not just the shape of the mountains, but the colour and light, and way the villages stand out against a green background.

The volcanic plugs also have there own individual characters. The first one, near Kisapati, has spectacular basalt columns like giant organ tubes; the second one the castle sitting at the top; the third and tough one to climb, brilliant views down to Lake Balaton; the fourth one the best shape, the perfect conical volcano; and the fifth one, another hill top castle. Was told that the two castles, along with the third at Sumeg, all form part of a middle age defensive line along the then border.

Given the quality of the scenery, the slight disappointment was the humidity in the air which meant that visibility was poor. (The landscape pictures I took I'm afraid were terrible and I haven't included them). It was changing a little towards early evening and for the last few kilometres the day had gone from stifling summer to mellow autumn. It's now changed again and there is a wind storm - feels wonderful after the last few days.

Of course I always wish that Christine (my wife) was here but this is definitely her kind of walking. A couple of weeks time I guess would be perfect but already your confronted with an array of amazing local produce, at the moment apples and pears, a real garden of Eden. And then of course, on top of that, is the local wine. Christine would be grabbing everything as she went along. Even had some local spring water to refill my bottle with. 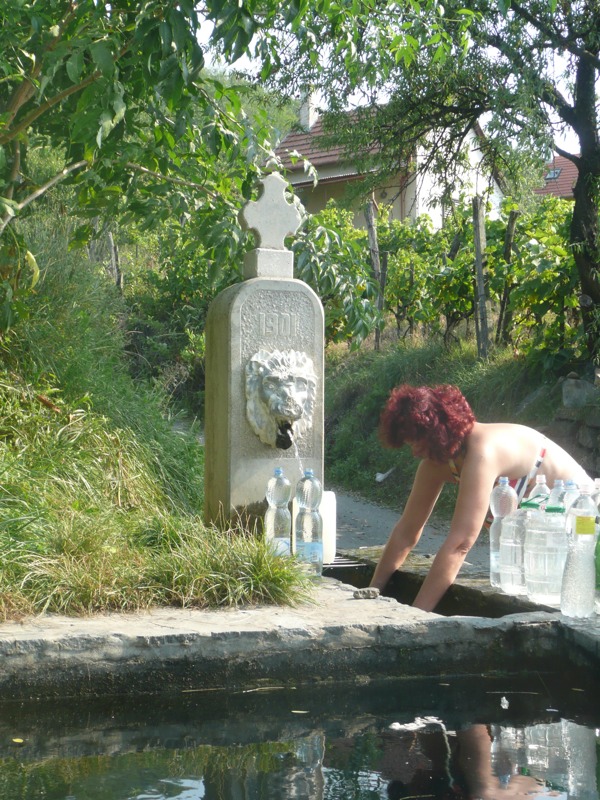 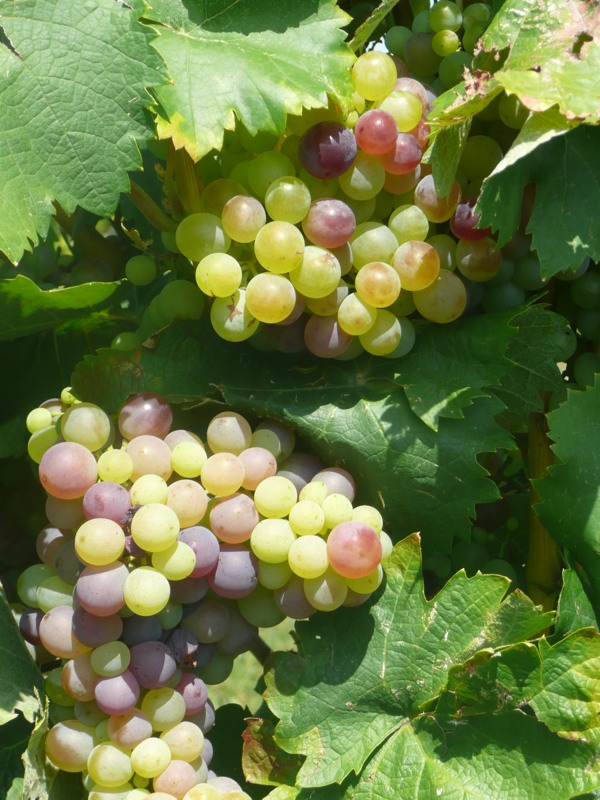 To ice the cake I'm staying in a wonderful gasthof in Szentbetkalla. I had found one on the Internet and had asked Zoltan, a helpful Hungarian who responded to my plea for assistance, to book it for me. It was full. He found another one but I think found their telephone manner a bit strange and was not sure how good it would be. Well it turned out to be excellent - the little restaurant was packed, always a good sign, and I had the best meal I've had in ages. It's called the Ester Panzio. Really getting a taste for all the different lake fish you get in central Europe, fish we don't see in the UK.