Today's trip took us through the National Park, and after all the wildlife we saw last night it was a bit of an anticlimax. The through road isn't open until 9 and by the time we arrived in the Park most of the animals had gone into hiding.  So we didn't get to see any more elephants despite being briefed on what to do if they charged (leave your helmet and bike on the floor; the elephant might stop and attack them instead of you giving you time to get away).

We also crossed into another Indian state, Tamil Nadu, and first impressions are that the roads aren't quite as good as they were in Karnataka (the state we started in). 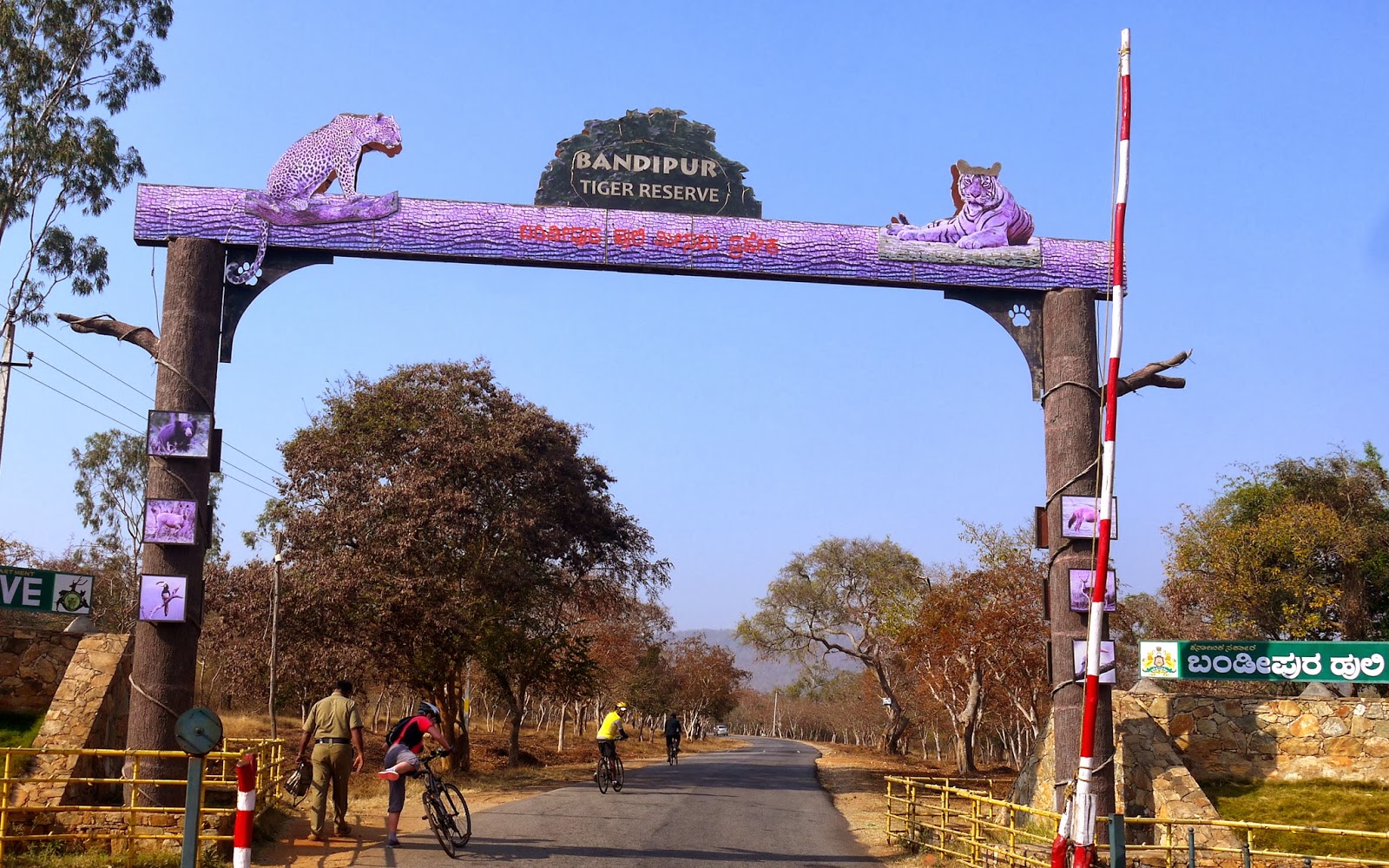 Charging elephants would have been memorable, but the trip was still a good one. Undulating countryside, hills to climb, lovely long descents and a breeze providing relief on what was otherwise a hot day.

After 27km we stopped for drinks and tasty savory doughnuts at Masinigudi, a busy resort town in the national park.
7km later, after a particularly poor stretch of road, we arrived at Wild Haven and after cycling for about three hours were able to escape the sun and hide in comfortable, cool accommodation.
Tomorrow's trip is only 26kms long: the trouble is it involves a 1600m climb.  It will be interesting to see if I can make to the top without opting to ride in the van.

PostScript
As it turned out, we very nearly got our charging elephant. On the way to a late afternoon walk, we rounded a corner in an SUV only to face, in the middle of the road, a lone angry looking bull elephant. We stopped and the elephant stared at us for a few moments and snorted.  Happily, after considering the possibilities, he decided that we weren't worth the fuss and disappeared into the bush.