Amazing treat today and unbelievable really..... we saw a tiger!  It was totally unexpected and a massive bonus but yes, we saw one.


Although it's only Day 2 on our first ever cycling holiday we are already thinking about another one. This pair of diehard walkers is becoming hooked. Flying through the Indian countryside on a bike is just great fun.

A couple of things have surprised me.  First the roads are really good.  I'm probably tempting fate but so far the surfaces are better than you would find on equivalent UK country roads.  They are used a lot more of course by every mode of transport imaginable, but they are also well maintained. No frost probably helps.

Second, the accommodation is a lot better than expected. Maybe because I have spent so much time in mountains I have low standards, but so far expectations have been surpassed. The food is also great with lots of amazing vegetable curries.

We had our first hill climb today (the really big one is the day after tomorrow) and it went well, providing a boost to the confidence of a pair of cycling novices like us.

After venturing again through Mysore traffic we were soon in the country and climbing up Chamudi Hill to see the Namdi Bull.  The statue, the third largest bull in India, is carved out of a lump of granite. It's a destination for pilgrims, but like all of the huge Hindu statues had a lovely benign, child like expression and could easily be a Disney character.

The rest of the 41km trip was easy. After a long descent we followed a quiet road through a busy agricultural landscape visiting lots of villages on the way. A convoy of Lycra clad westerners is clearly an event and everyone, particularly the children, show lots of friendly interest.  There is a tendency to offer a high five, but we have been warned against reciprocation as sometimes they can get overenthusiastic.

The trip took three and half hours and by 11.30 we had reached Nanjangud, home to another temple and another giant Hindu statue. 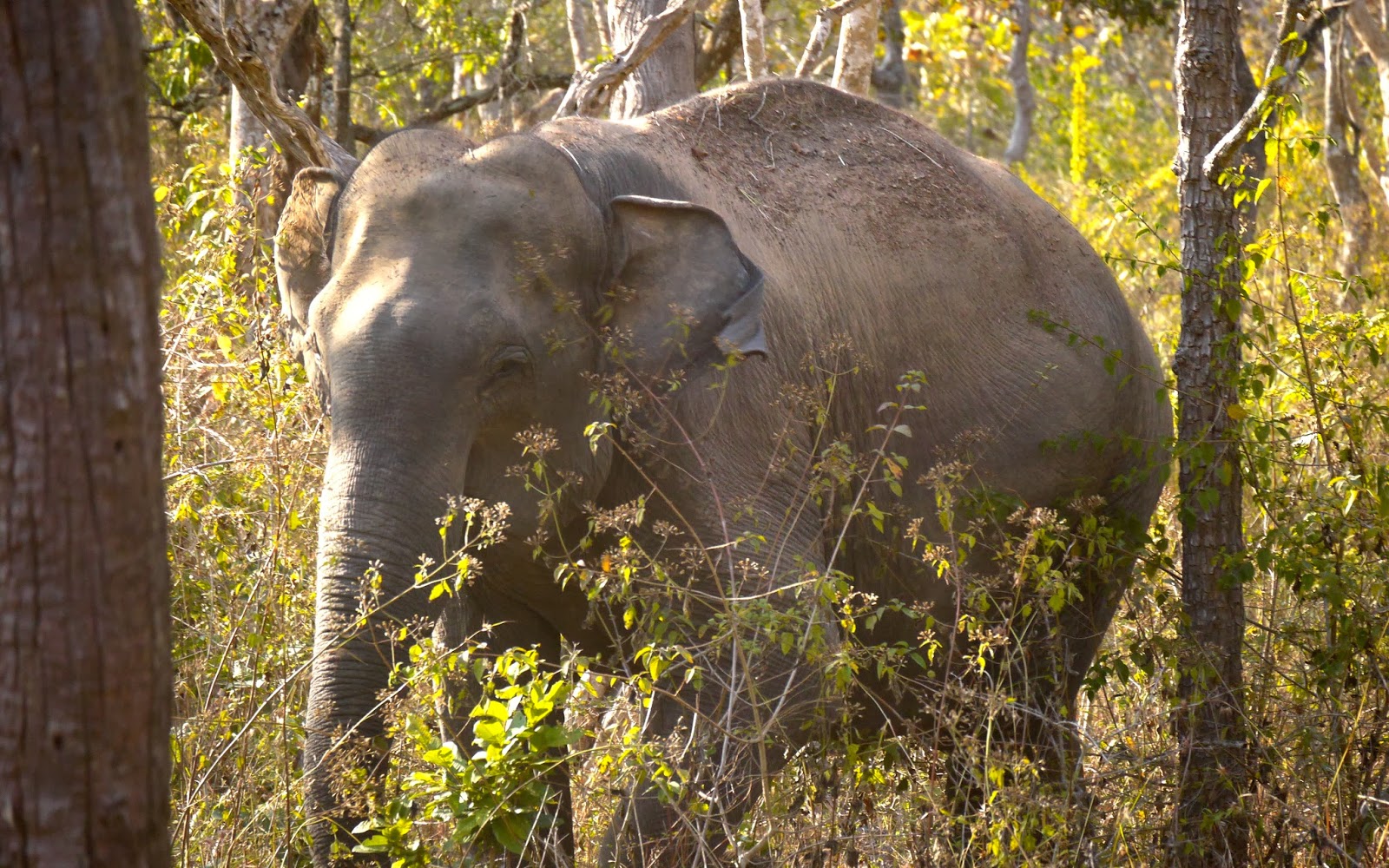 The Bandiphur Jungle Lodge had sent an open sided bus to pick us up and by 3 we were at the lodge, checked into lovely little bungalows and getting ready for a safari. Not having studied the trip notes I hadn't appreciated what was about to happen.  It turns out that the Bandipur National Park is one of the largest wildlife reserves in southern India and an important habitat for tigers. 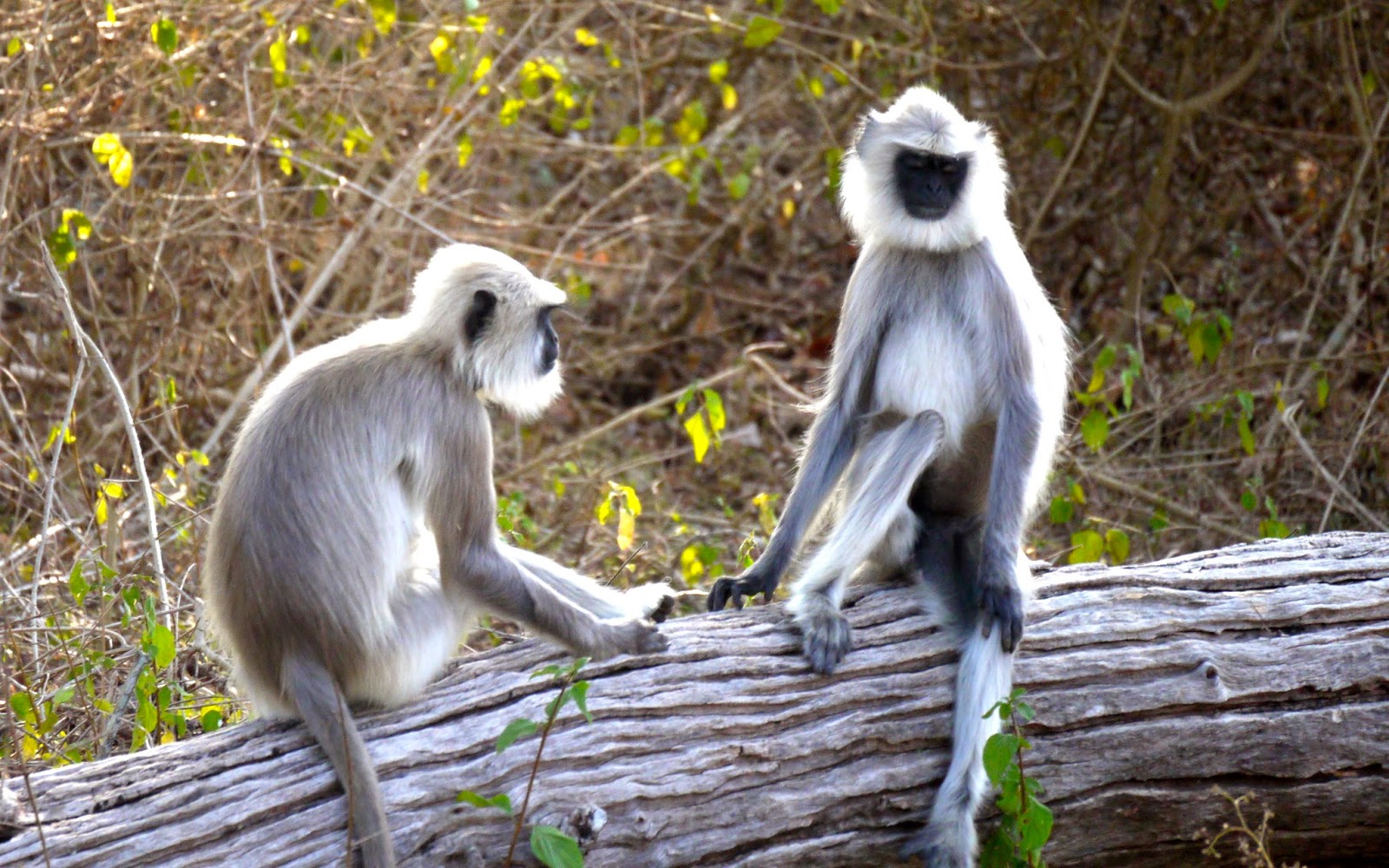 Anyway tigers there may be but seeing one is very unusual.  The Park covers 400 square miles and the 300 tigers who live there don't go out of their way to pose for pictures. After spending a couple of hours in our open sided bus getting up close and personal to wild elephants, boars, and different sorts of deer and monkey we felt we had done pretty well when our driver gets a message that a tiger has been seen. The hunt is on and a few minutes latter the occupants of three vehicles are staring into the jungle waiting for something to happen.  20 minutes latter, and after most of us had given up, a lone tigress emerges from the undergrowth, lazily stalks between the vehicles, sniffs the air and then 50m or so later slinks off into the jungle.  An amazing moment, and one which I can say with some confidence I'm unlikely to ever experience again. 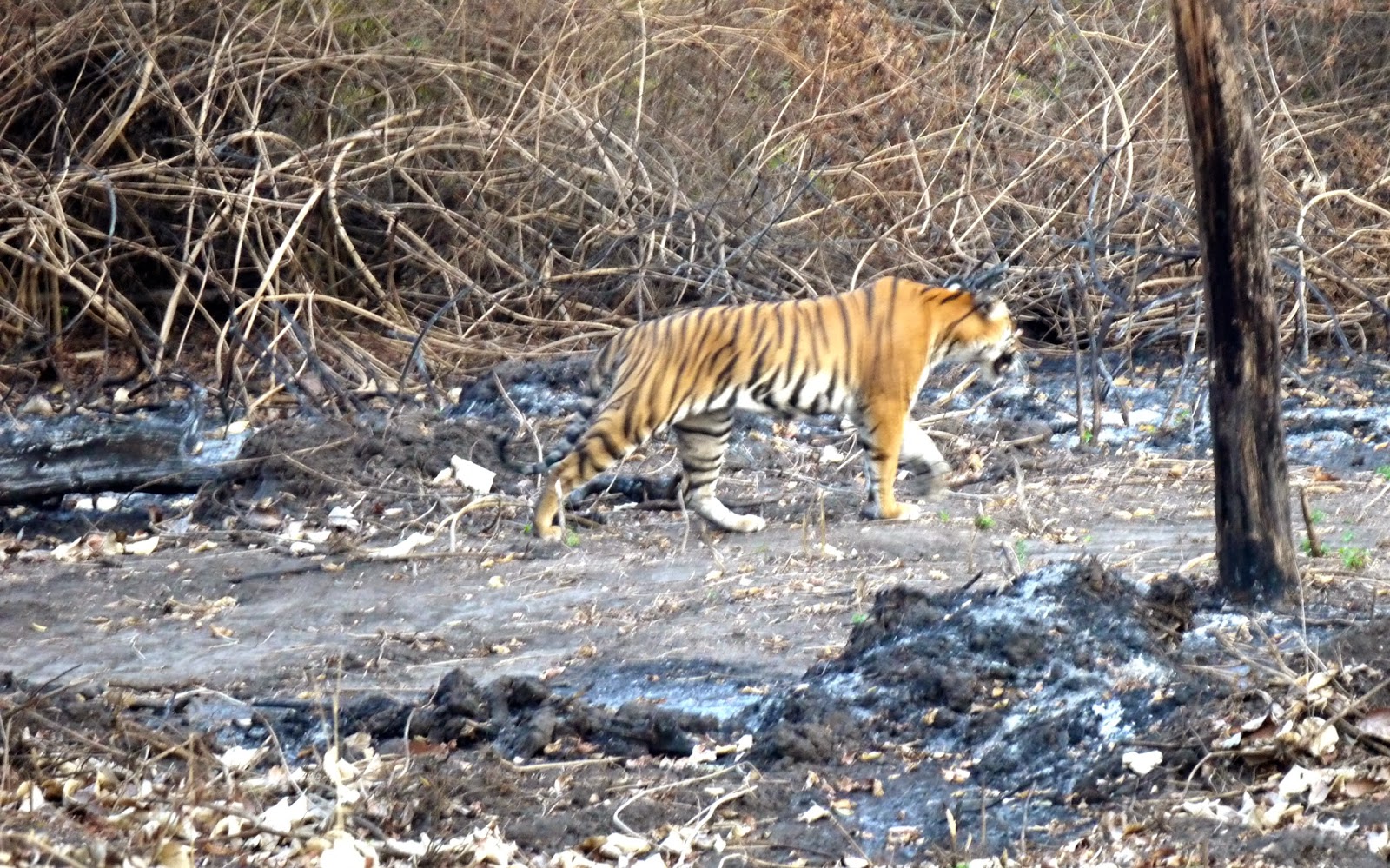