To be honest with a bike that wasn't working in the morning I had no idea how far I would get today when I woke up. Things didn't start well either.  The best the hotel could do was get me taxi for 11 and that involved going back 15km to  Carhaix (last seen in the rain yesterday lunchtime) and with no certainty that the bike shop there could fix it.

I was going nuts at 11-45 when eventually the taxi turned up.  My mood brightened when the driver told me he had phoned ahead to the shop, that they weren't going to close for lunch and that they were expecting the bike.

They were very efficient and with 20 mins the damaged derailleur had been replaced and a muddy bike spruced up.  By 1, I was on the road again and my mood had been transformed.


To celebrate I stopped at a lock keepers cottage, there are about 200 of them, and ordered the advertised sandwich. It was excellent and great value - I reckon it worked out at a euro for every 6 inches - and I had 4 euros worth.

The Brest, Nantes cycle route is special, very beautiful and very long.  I didn't get onto it at the beginning, but way marks on the side of the trail (stone and original) were telling me that I still had another 250kms before I got to Nantes.

It's also popular and it felt cyclists from every country in Europe were on the route.  One thing most of them had in common was grey hair.

Lots of them are camping and on bikes with panniers front and back. My bike, which only has one, spent all afternoon speeding past these overladen laggards, but they didn't seem to mind.

The route leaves the canal for 10km or so and climbs up onto the side of valley and follows an old railway line.  As it heads back down to the canal the railway route continues east, another leg to this huge off road cycling network.

Back on the canal and all I had to do was cruise along for 20km to Pontlivy which I got into just before the clouds opened.  Lots of hotels here but I chose the first one I saw, a little family hotel on the edge of the town.  I liked the way all the new drinkers shook hands with the existing clientele as they entered the bar. The bike was put into a garage on the other side of the road and I felt like I should have given it a rub down and fed it with hay. 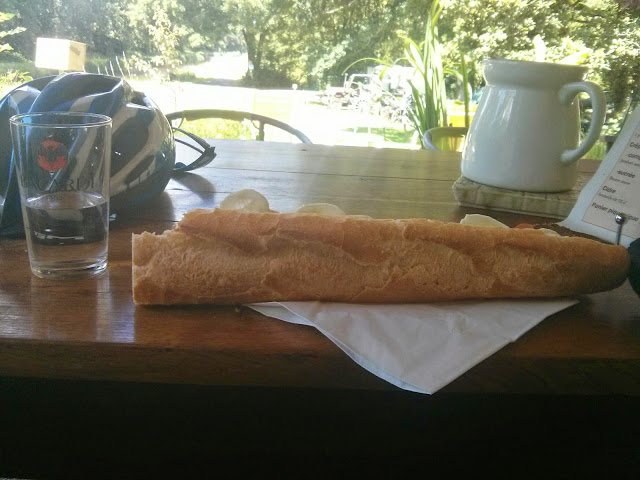 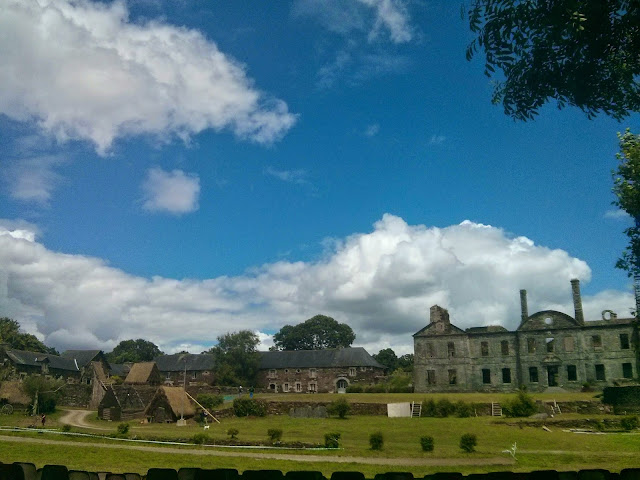