Today's walk was another good like yesterday much of it was in . It was a coastal walk and involved going out on one side of a peninsula and back on the other. 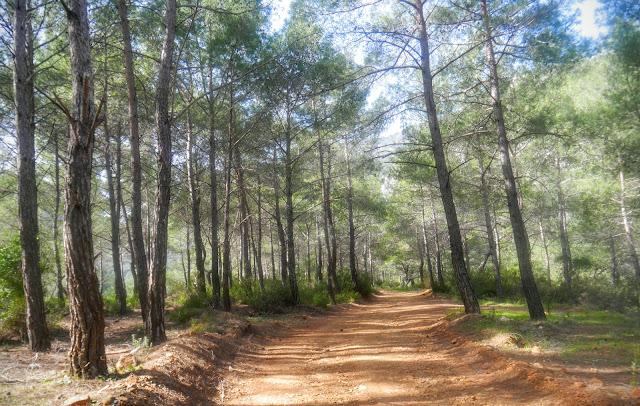 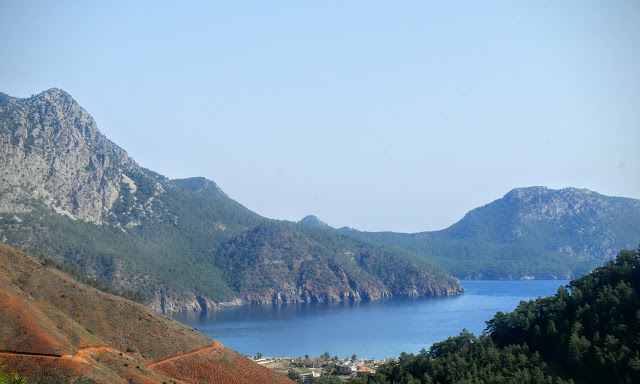 Once out of Adrasan the first part of the walk involved a steady 400m climb up to a pass, initially along forest road and then a narrow path. At the top the views back to the town were excellent. 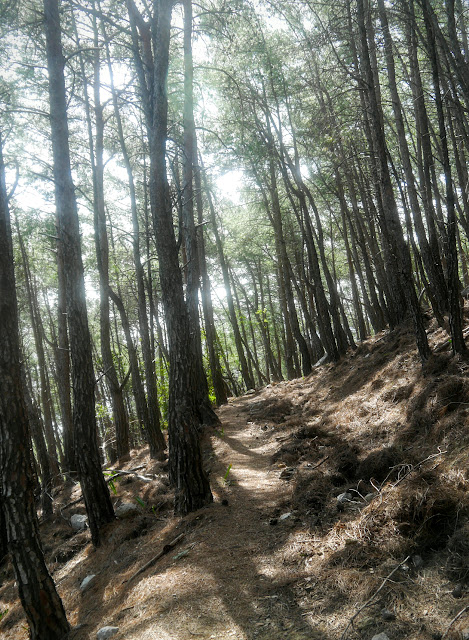 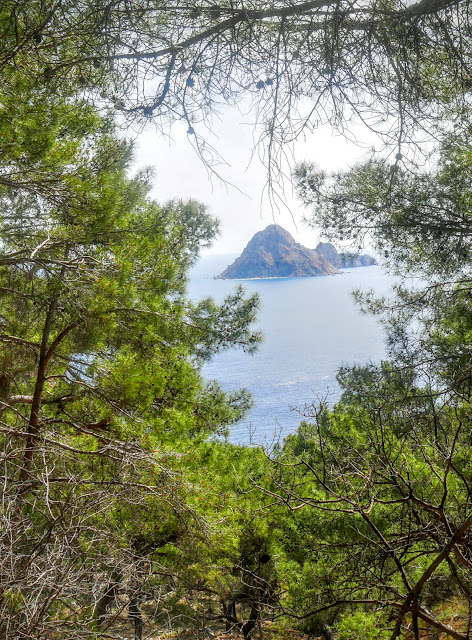 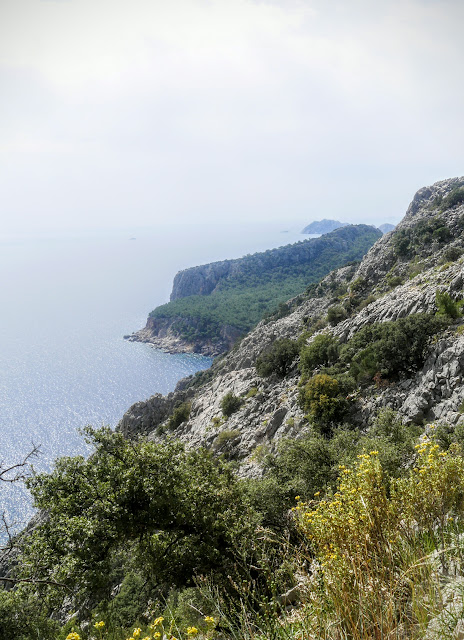 I'm not sure what to make of these narrow paths through dense vegetation. It's good fun speeding along like a train in a tunnel, but frustrating that the coastal views are handed out as rare treats. The path was also descending and it wasn't long before all the earlier hard work had been undone and had to be repeated with another 400m climb. 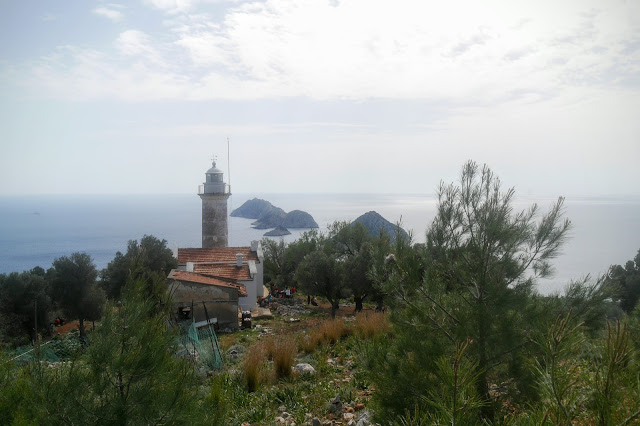 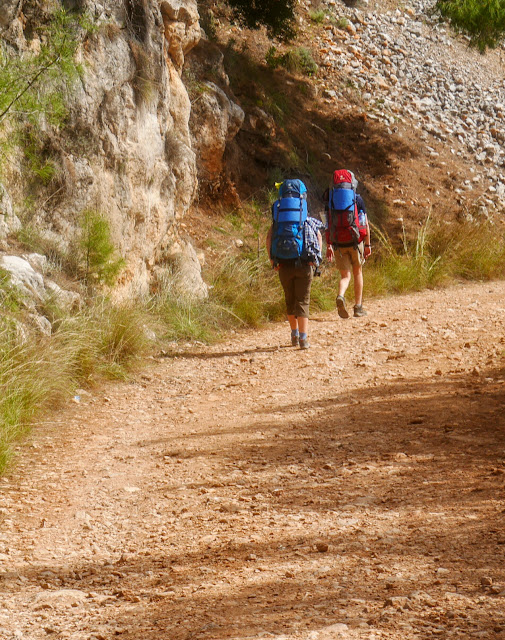 Still the final walk to the lighthouse at the end of the peninsula was downhill. It was also suddenly crowded and the lighthouse is clearly a Sunday afternoon destination for the locals. Predictably the walk along the western side of was a lot easier than the eastern side. The views were also good, red cliffs in the foreground and, in the distance, just visible, snow capped mountains. 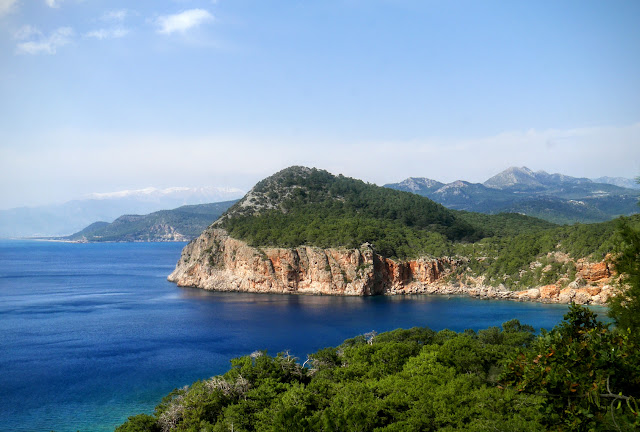 After walking for about a along a path the route joins a forest road and family groups, who had made the journey by car, were everywhere picnicking in the trees. Amongst the met and chatted with a couple of German hikers. Most of the hikers I've met are German, carrying big packs and camping.

The next stage is very if I can it, I to miss it out, get a taxi to Demre, and do a bit of sightseeing. 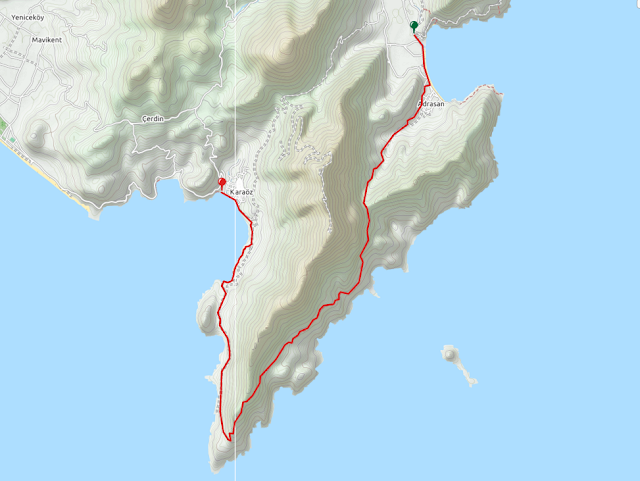