Unless you're up for a bit of camping it's impossible to walk the whole of . I'm in Demre at the moment. Walking from Finiki, the town on the coast to the east, involves a 20 walk through Taurus Mountains where there is no accommodation. I don't really do camping and the mountains are covered in snow so I came by car.

My 'taxi driver' was the host from the bed breakfast in Karaöz. He explained to me that every bit of flat terrain on is covered with and polytunnels. These grow tomatoes, aubergines and peppers in the are left empty in the summer because they are too hot. Potentially this is a brilliant system because it means that the locals that can then forget about vegetables and look after tourists instead (if they turn up).

is in middle of one of those flat places and at times to spot the town amongst the greenhouses. As well as vegetables it also has two UNESCO world heritage so instead of walking I did a bit of sightseeing. 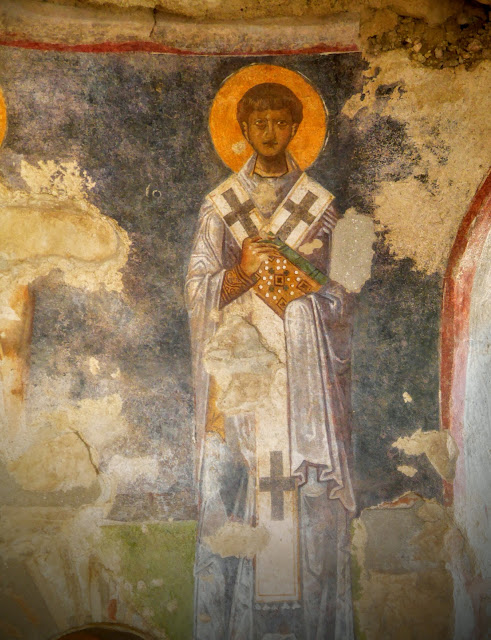 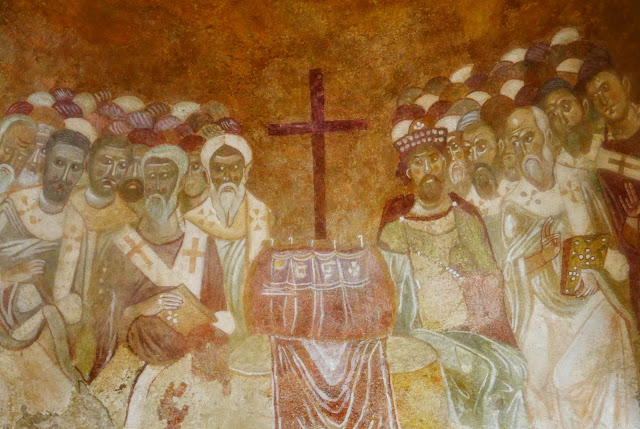 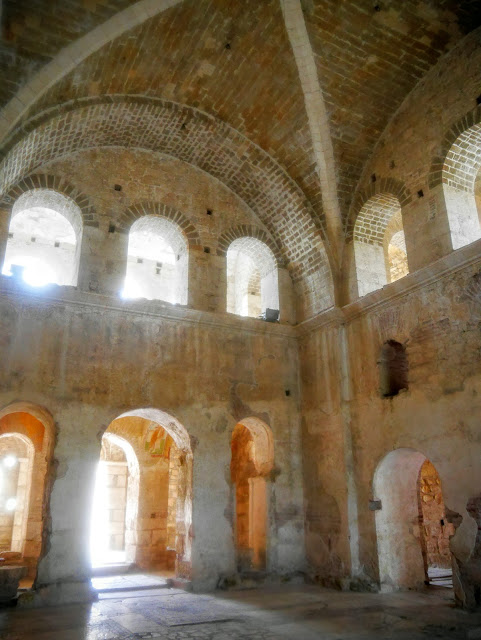 Demre was originally the Lycian town of Myra and the location for of St Nicolas the inspiration for Father Christmas. The first UNESCO sight I visited was the Church of St Nicolas, a Byzantine Church of which date back to the 5th Century. The church, which was partially submerged in gravel when the river changed course, has some amazing murals.

As well as being the inspiration for Santa Claus (whose bones were taken to Bari by the Italians for ''), St Nicholas is particularly important for Russians. After failing to buy it a Russian prince paid for its restoration in 1862. Russians normally form the bulk of their numbers have declined to a trickle because of the current embargo. 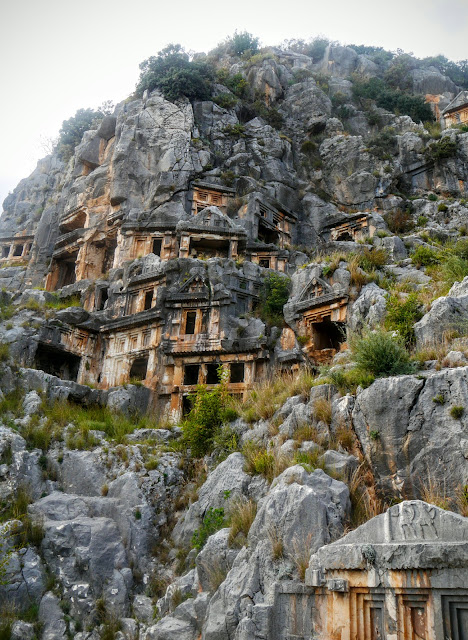 The second and more monumental sight the Myra rock tombs immediately to the north of the town. To be 've seen hundreds of photographs of these 'buildings' carved into the rock hadn't before they were tombs. Less but more impressive was the Graeco-Roman amphitheatre immediately in front of tombs. This was both huge and somehow intimate, intimate because it was easy to see how people got to their seats, which were the cheap seats and which was the director's box. 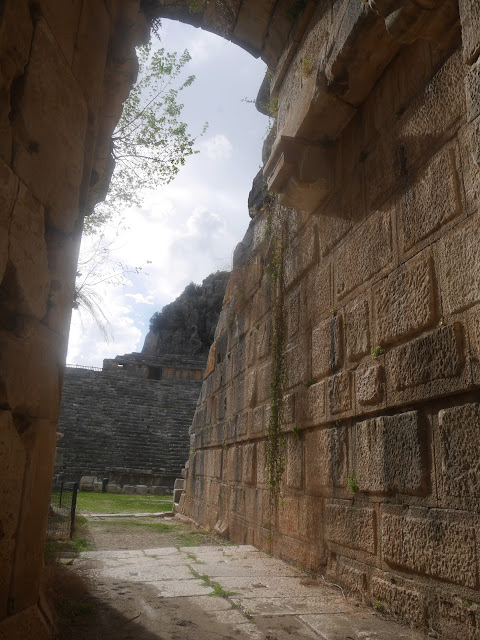 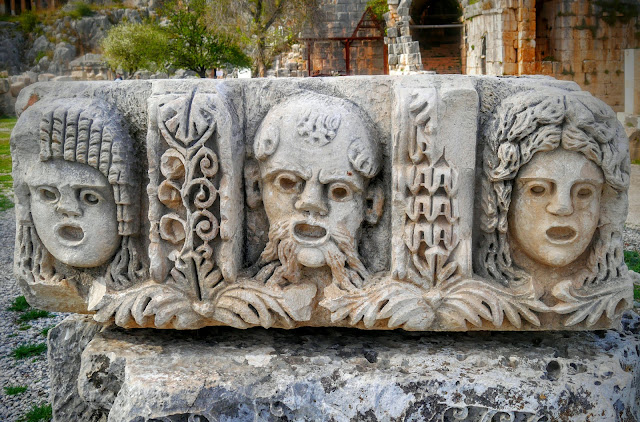 So today I didn't actually walk along the Lycian Way but it was a good day nonetheless. The weather has also been staying in given it a chance to improve its ways. Tomorrow I my journey east and I'm staying somewhere that I don't think will have internet access. Immediately off the coast is a small Greek island where Syrian refugees have landed so the walk could have additional interest.
Posted by John Hayes at 6:04 PM