Today we left the coast and headed inland; it was hot and humid. In terms of route the change was leaving the Vélodysée after about 25kms at Marans and joining the Vélo Francette, the route that will take us on our last 600 kms all the way to the Normandy coast.
We've had a good day's cycling but it was quite tough. The challenge came from two sources: the first was the route and the second was the heat.

There was nothing really wrong with the route - it was just slow going given the 90km distance between La Rochelle and Niort. Occasionally we enjoyed some fast empty country more often than not we were following bumpy dirt tracks along the side of canals. On the last of these stretches, and in terms of scenery the best, the route felt like a giant speed bump. It disappeared into a huge swamp and we then went along a half rotten wooden causeway on a tiny single bike track before being spat out onto an empty road in the middle of nowhere. 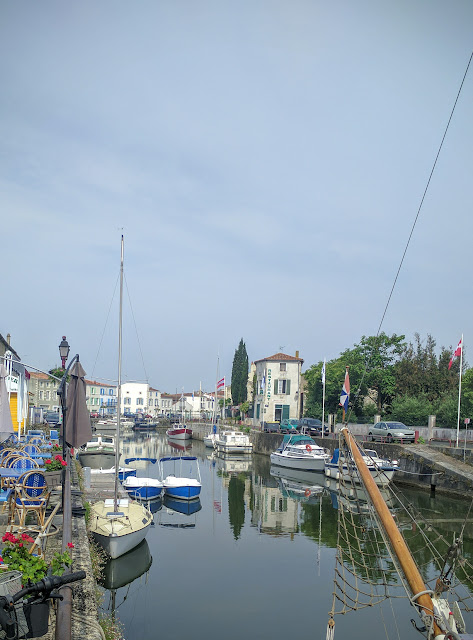 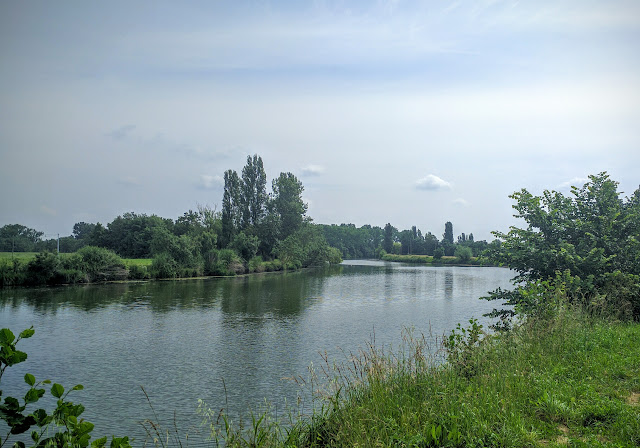 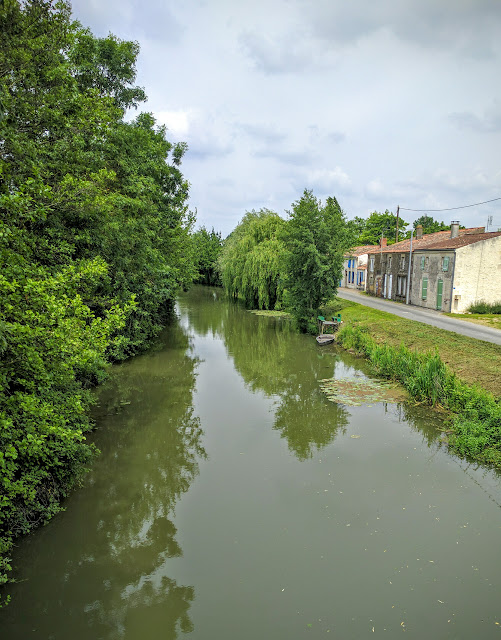 The scenery was pretty special. Canals, canals and more canals, and lots of water not in any hurry to go anywhere. Some of the landscape was intensively farmed with huge fields of maize, sunflowers, wheat, barley and beans. In other parts it was quite marshy with herds of cattle providing barely moving dashes of creamy in otherwise sea of deep green. The water meadows reminded us of Grantchester near Cambridge but on a scale far bigger than anything we had experienced in East Anglia.

Given the number of fishermen in little boats and on jetties on the banks of the canals there must be fish in these waters but we didn't see anyone make a catch. To be honest movement, strenuous or otherwise, looked beyond the capability of most of the men we saw who were not an advert for the health giving properties of angling. 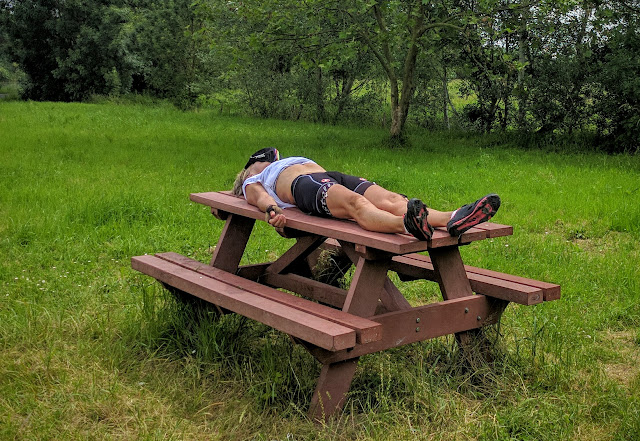 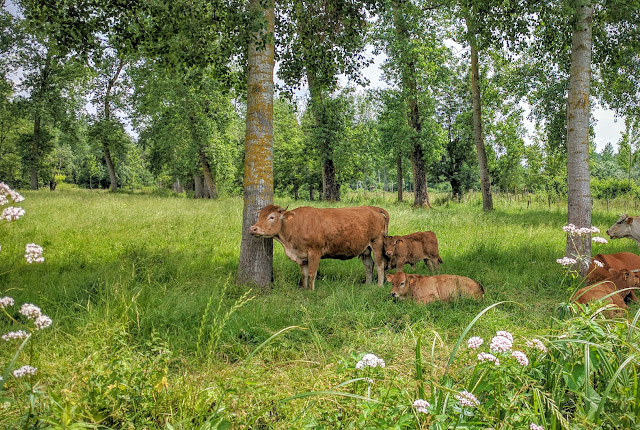 Today was hot and humid and the air was thick with seeds, pollen and insects, full of the smells of hay and honeysuckle. It was not a day made for speed and Christine demanded ever more stops. Compared to the Vélodysée the Vélo Francette is an empty and somehow this meant that when you saw a bar, coffee shop or even a bench you had to stop and use just in case there wasn't going to be another one.

We took a short cut about 10km out of Niort, arrived there at 4 but then spent an hour working out where we were going to stay. Plan ahead as my approach and it's been vindicated by the lib approach we adopted today. On the other have got much better at working out to eat - after the disaster on Monday we've had three great meals and our faith in French food has been restored.

Tomorrow we continue north, another big day and it looks like the weather is going to change.
Posted by John Hayes at 6:05 AM