95kms and over the Loire.

The last 20kms spoilt what was otherwise a great day, the last 5 were almost a disaster. 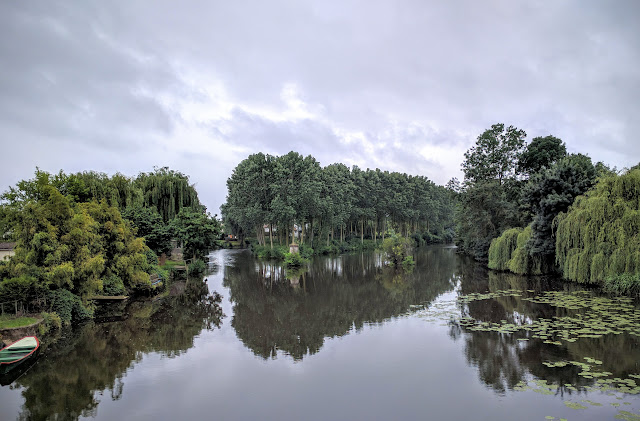 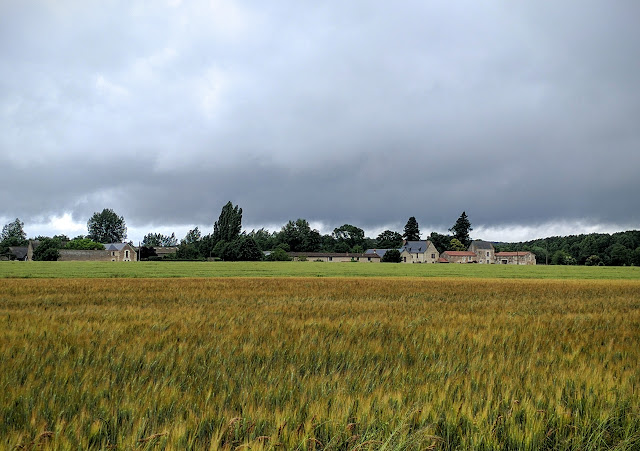 First the good stuff. Although the weather forecast was terrible (it's terrible for the next 5 days) it wasn't actually raining when we left our motel in the industrial estate to the north of Thouars. It was , quite a strong wind was helping and we were soon clocking up the as we headed north. 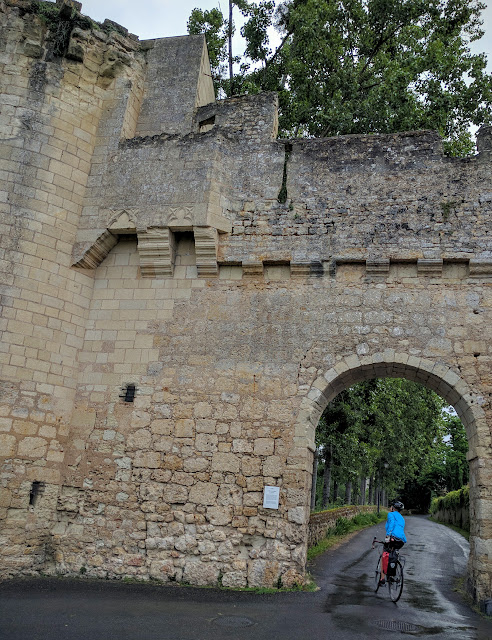 After about an hour we reached Montreuil Belay, an impressive what were a series of .
Crossing the River Thouet for the umpteenth time we then climbed up onto a plateau and sailed through endless vineyards. For a time the sun was shining. Descending back down to and following a muddy track the impact of last week's floods become apparent, debris left by the receding flood water was stuck in the hedges and fences.

The route goes all the way to Saumur without actually going into it and with clouds darkening again we decide to continue onto Angers. At Saumur the Vélo Francette joins the La Loire à Vélo and there are two options heading west, one on the north and on the south side of the river. We ended up on the south side. 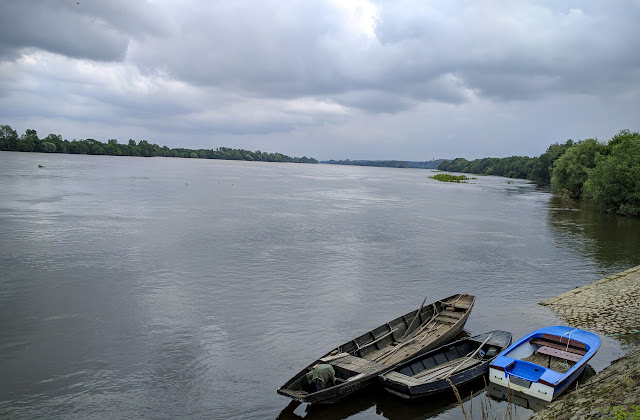 The Loire, still 350kms from the sea, is massive. In places it must be over a 1000m wide. Last time I saw it, gravelly banks featured across its huge these were now hidden beneath brown swirling water. Initially our route followed a road away from the then dropped down to a path and again the evidence of last week's floods was everywhere.

We stop for a well deserved lunch at Chênehutte at a pretty cafe. We had cycled about 60kms and felt we deserved a treat so had a small carafe of rosé with our and . This was probably a mistake. 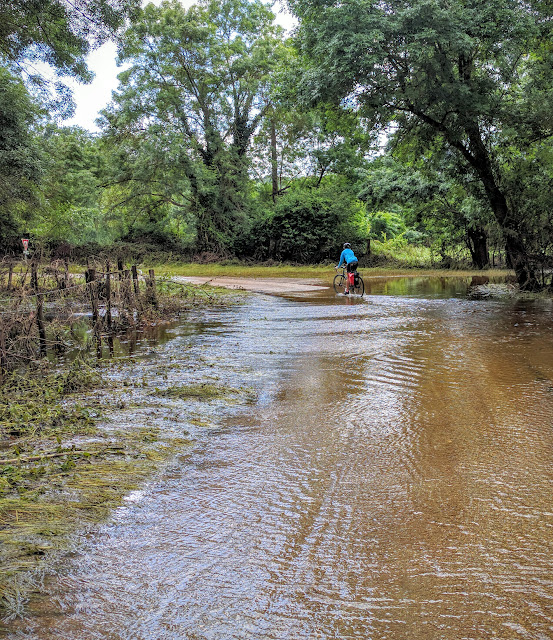 The first part of the afternoon cycle ride was fine. On the south side of the river we were beneath cliffs and sheltered from the wind. Passing through a series of pretty villages we stopped to visit the splendid abbey at St-Maur. At St Rémy la Varenné the path was under a foot of water and, after finding an alternative route, we crossed the river.
Cycling now was grim. We were heading into a strong wind away from the river and offered nothing in the way of relief. Despite having huge quantities of beautiful stone houses in small towns the French prefer bungalows in the suburbs and we through them on the last long stretch to Angers.

Taking a short cut along a busy road into the of Angers we are suddenly hit by a tropical downpour. We stop, cycling in this sort of rain would be suicidal, and grab some shelter under a footbridge and wait twenty minutes or so for the rain to subside. We head on into Angers along roads. Christine misjudges a pavement, takes a heavy tumble and is badly shaken and grazed in a couple of places.

The of Angers feels prosperous and sophisticated. The terrible weather, a long day in the saddle, and Christine's injuries, dampen any enthusiasm for wider exploration. In a restaurant near our slightly bizarre and very quirky hotel, and faced with a weather forecast projecting days of unremitting rain, we ask whether there are alternative ways of getting home. We decide to think about it in the morning.
Posted by John Hayes at 6:50 AM