Today turned out to be our longest day and one of the wettest.

After a night of rain we were pleased to wake up to clear skies even though it was chilly. We decided to get off early and see how far we could get as the forecast promised more rain.

Buying baguettes for lunch as we left Mayenne we found the disused railway track we went on last year. The route actually involved two different railway tracks with some wiggling and confusing road linking the two. This all gets you steadily, and gradient, up to the little town of Flers which straddles the watershed between the Loire drainage basin and rivers flowing north to La Manche. 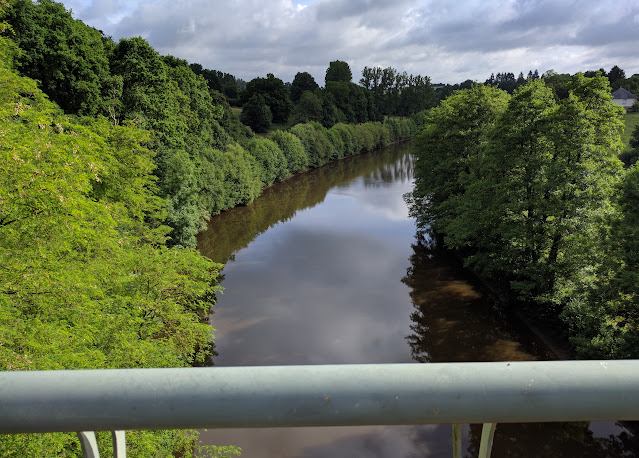 It felt a long slog on the old railway tracks as the ground was soggy with rain, like you had your brakes on all the time. It was also cold going through the tunnels made by overarching trees, which never saw any sun. I was wishing I'd had the sense to bring cycling leggings on this trip and my feet, encased in wet shoes, were soon freezing. 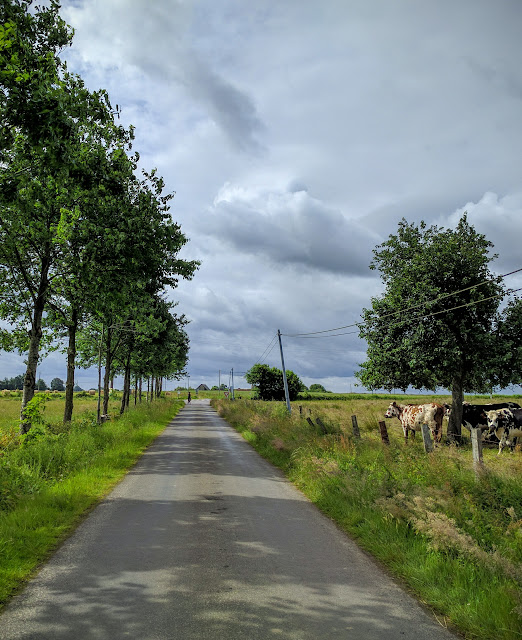 Despite these grumbles it was a beautiful ride. Lots of birds and butterflies kept darting out of the undergrowth on either side of the track and it all smelt good after the rain. We were going through of rolling fields and pasture. We noticed that the buildings were now constructed of large reddish brown stone, old red sandstone I think, with slate roofs - more like parts of Herefordshire and Shropshire than the limestone stuff we had been going through. 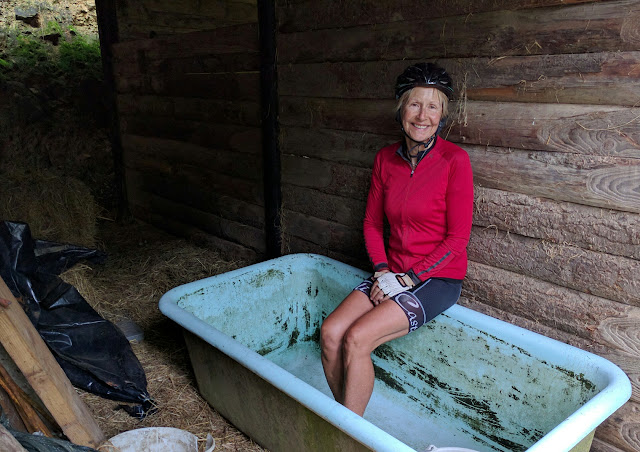 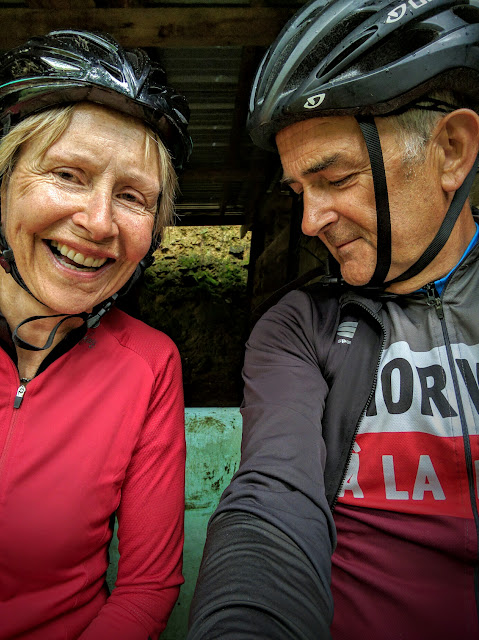 We made it to Flers (skirting a small town called Domfront en route where we ate lunch and sheltered from in a cow shed complete with old bath) by around 1.30pm.

It was dry again and we felt good, partly due to the helpful south westerly wind. It was the first time on this trip we haven't had the wind against us and it made a huge difference. Fortified tea and cheesecake I persuaded John to press on to Pont-D'Ouilly for the night, taking the longer 'official route' which through the , rather than his planned short had a great downhill run but included a stretch full of heavy lorries we did it last year). He reluctantly agreed. 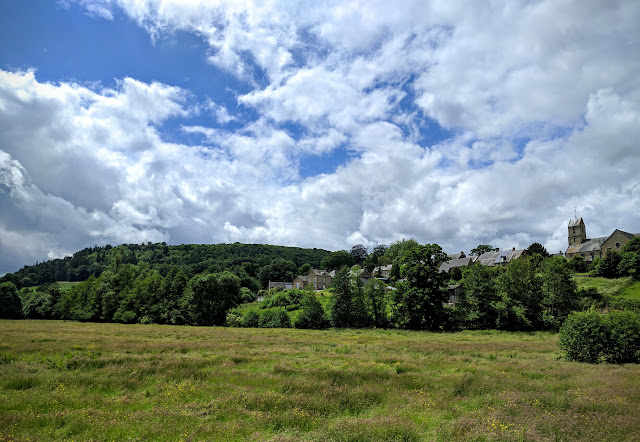 We set off and discovered just how trying the really was, with constant steep ups and downs and going nowhere in a straight line. Still, it was good fun zooming down the hills and seeing how far you could get up the other side before giving in and getting in bottom gear. 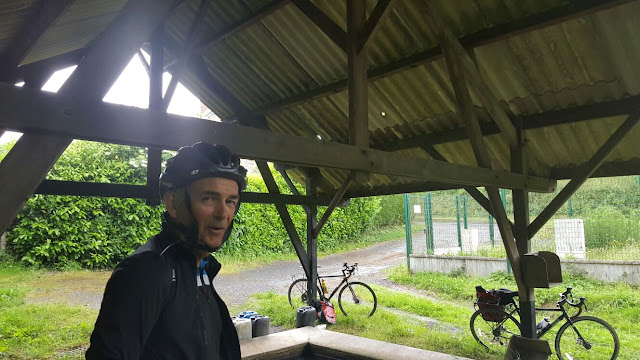 This went on for some time and while it did the skies gradually darkened. John, a farmer's son who is usually right about the weather, announced that it was about to pour with rain. Sure enough the heavens opened and we dived into an inauspicious shelter with a stagnant pond under a corrugated iron roof just in the nick of time. We shivered there for around 20 minutes. It eased off a there was no sign of the rain stopping. What to do? We decided we could be there for hours so we might as well make a dash to through the rain on the basis that it was only around 10k and mostly downhill.

Despite our waterproof tops we were both soaked to the skin by the time we arrived. Boy how pleased I was to see that hotel. We got changed and immediately sunk 2 beers apiece, congratulating ourselves on our 110km day as we thawed out.
Posted by John Hayes at 8:14 AM