So we're home in Brighton - our Montpellier Brighton epic cycle ride has ended a little earlier than planned.

My original intention involved catching the overnight ferry and then cycling from Portsmouth to Brighton in the morning. On Wednesday's there are two ferries from Ouistreham to Portsmouth, one at 2 in the afternoon and the other at 11 in the evening. Getting the 11 o'clock meant a lot of hanging about at Ouistreham which is a really dull place.

Recently Christine has objected to anything that resembles a target, even getting up at a certain time, so it was already well past 9 and we were on the road when I suggested that we might try for the 2 o'clock ferry. this being a target she thought it was a great idea. She particularly liked of getting to Portsmouth, catching the train back to Brighton and sleeping in our own bed for the first time in nearly 3 weeks - we had a plan and a target. 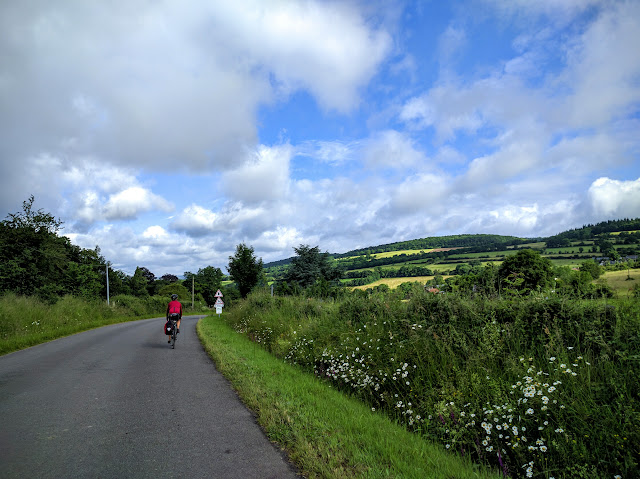 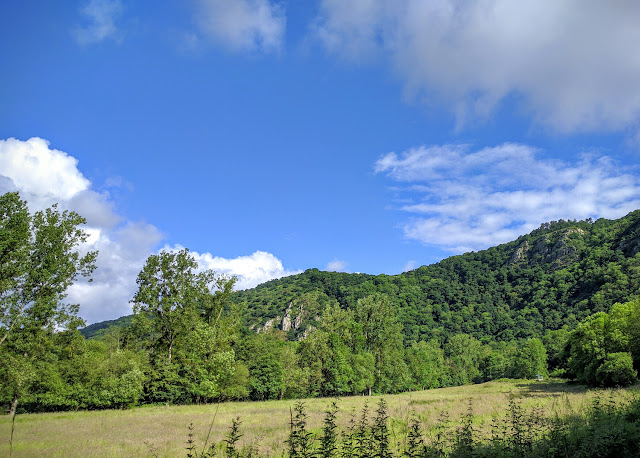 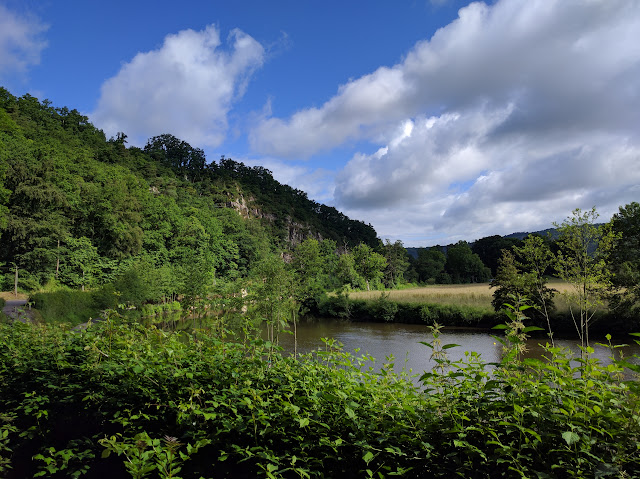 At Pont d'Ouilly overnight we are still in the middle of the Suisse Normande, famous for its hedges and, as the name suggests, hills. Although we cycled this route last amazing what you remember and what you forget. I remembered the big hill just to north of Pont d'Ouilly but I had somehow forgotten the five or six others we had to grapple with before we reached Thury-Harcourt. This 20 km section was the toughest we had done since leaving Montpellier. It was very beautiful and followed a lovely tree lined, old red sandstone gorge north. The trouble was the route insisted on climbing out of the gorge every two or three .
At Thury-Harcourt the route joins an old railway line. This line actually carries on south towards Pont d'Ouilly but has not yet been converted to a cycle track probably because they spent all the budget on the track from Thury Caen. It's fabulous. battling with the hills we were on a perfectly flat, perfectly surfaced route and with the wind behind us were flying along at 30kph. Cycling paradise.
Caen I thought we had 9 kms to go and about an hour to spare so we went to a cafe for a sandwich and a drink. As we sat down the rain started to pour down and we ended up staying longer than we should have. I was then under pressure, suffered a small navigational failure and went the wrong way in Caen. After recovering from the mistake we then discover that it's not the anticipated 9km from Caen to Ouistreham, more like 15. With just 30 minutes to go before final check in we now had a real target.

Like a pair of bats hell we flew along the cycle track, passing the famous Pegasus bridge after about 20 mins. This particular 15 kms saw the critical struggle after the 1944 D Day I'm afraid we didn't have time to stop and reflect on the achievements of the young soldiers involved. Instead we rushed into the ticket office, we were told that we were too that as we were on bikes not a huge lorry they would make an exception and sold us tickets.

Christine forgave me for my Caen navigational malfunction about halfway across the English Channel. Portsmouth we found the station just as the battery on my phone gave out and caught the slow train to Brighton. We slept in our own bed last night and today, with the rain falling on the south coast of England, felt our mad rush from was definitely the right thing to do.
Posted by John Hayes at 8:30 AM