Day 11 The Big Iberian Trip - Near the back of beyond 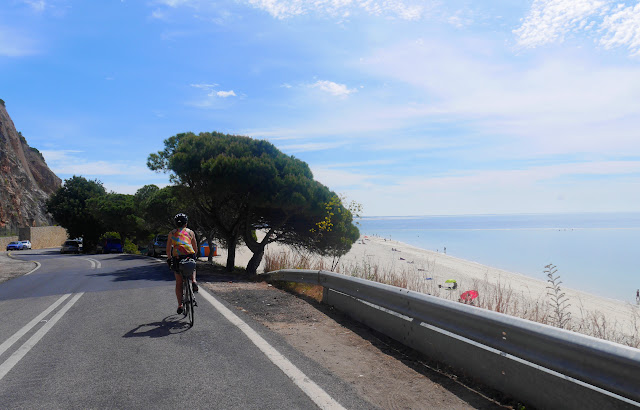 What would have been an excellent first day for Christine on the Atlantic Eurovelo was sadly spoilt by a complete breakdown in discipline towards it's end. If this was a football game Christine would now be facing a three day ban. 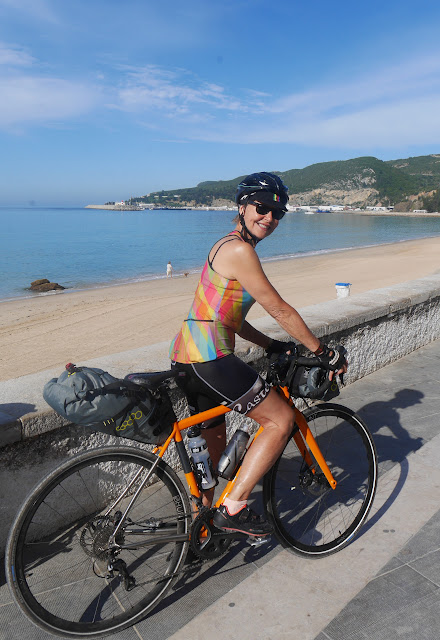 It was a hard start to the day. Staying down on the coast meant we had to climb 170m up through the town to rejoin the route. That went well, and was followed by a really lovely stretch of gravel cycling through high pasture dotted with beautiful Corsican pine looking like giant sprigs of broccoli. 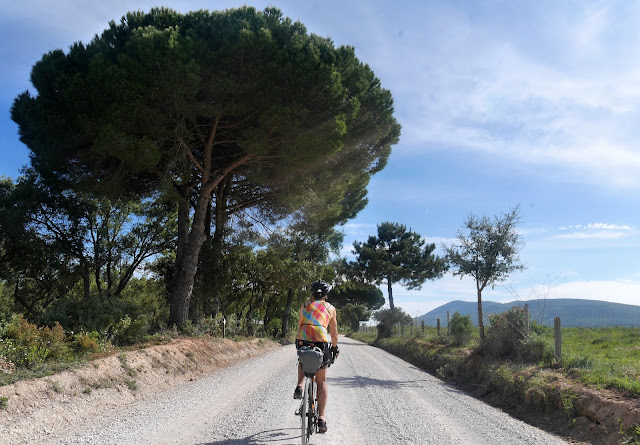 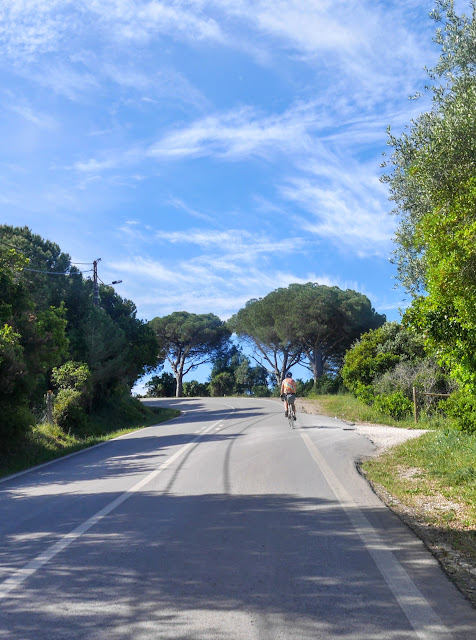 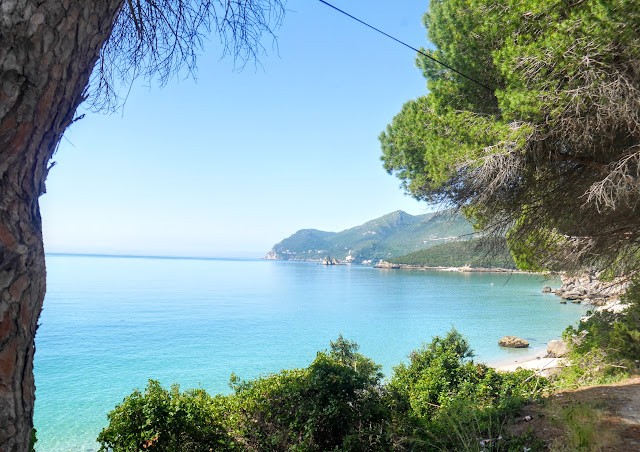 The next stretch of cycling, over a ridge and down to Setubal was amazing and the best I've been on so far. On a well surfaced road we had to firstly climb up to 250m and then descend on a curving undulating road for about 9km down to the town. With the mountains on our left and the sea on our right we shared the trip with a local cycling club enjoying a route which must have a reputation. A Portuguese corniche. 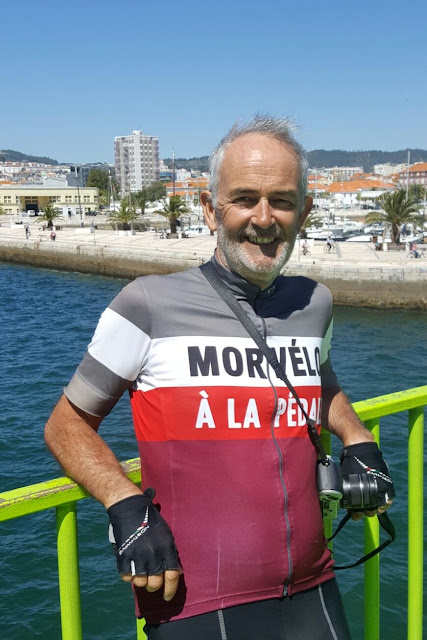 Next thing we had to do was catch a ferry. Beautiful day, lovely views and a great way to relax. 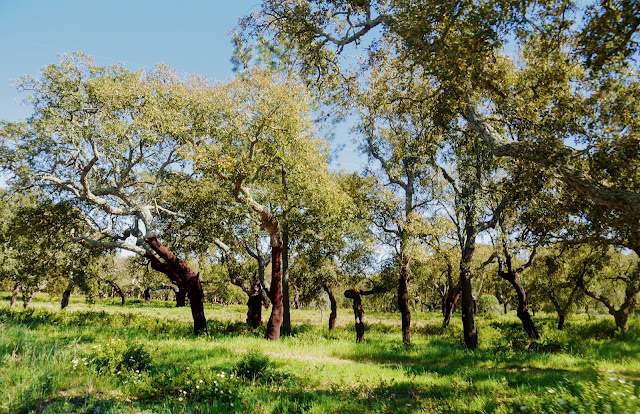 On the other side everything was suddenly flat again, sand-dune country, a bit like the landscape south of Porto but dryer. We stopped at about 2 o'clock for lunch at Comporta, famous apparently for rice production and featuring a museum dedicated to rice growing. The lunch was wonderful, with the star item lamb slow cooked in orange juice, a lot better that perhaps it sounds. 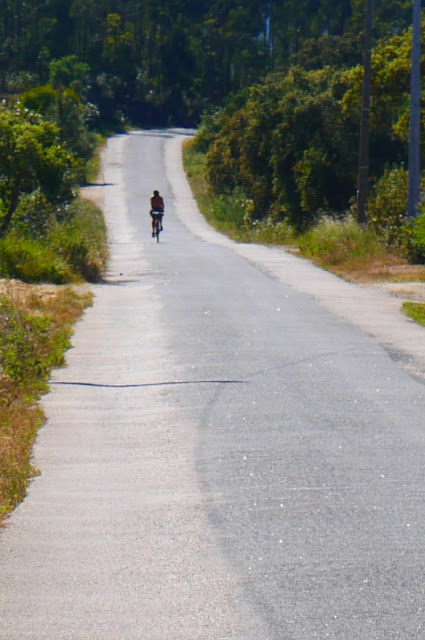 Surprisingly the lunch didn't add a zip to proceedings and either the kilometres became longer or we became slower. After what felt like an age a sign finally pointed us left up a side road and towards our accommodation. I said there was still a 'few' kilometres to go and Christine said that as long as we didn't have to climb that hill on the distant horizon she didn't mind. After climbing the hill on the distant horizon I said I think we turn.left. Christine was unconvinced (unlike me she has sixth sense but no map) and followed me reluctantly. When I turned back after a couple of kilometres she followed me for a bit then went on strike and said she wasn't going any further. By now we had been going 7 hours in the hot sun. I went alone, brilliantly found the accommodation (obscurely located down a dirt track) and returned to find Christine who by then had gone. We then spent half an hour trying to find each other in the back of beyond speaking to each other on the phone and helpfully describing locations as 'I'm here you bloody idiot' or 'I'm next to the barking dog'. 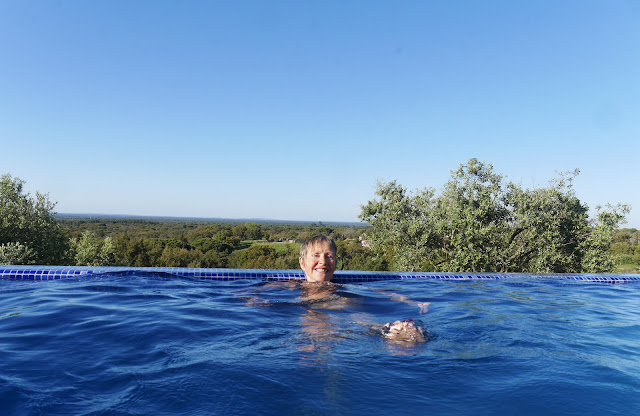 Anyway all's well that ends well. The accommodation, an agriturismo sort of place, once found has turned out to be wonderful. It's a vineyard on a little hill with amazing views over a canopy of cork oak all the way back to sea and the hills we climbed this morning. We cycled 90 kms and managed 1400m of climb, toughest day of the trip so far.
Posted by John Hayes at 9:18 PM