After 13 days heading south, today's ride reached a milestone. This afternoon we reached the Portuguese equivalent of Land's End and, instead of south, for the next 250kms or so until Seville we will be traveling east. We have turned an important corner. We're now in Sagres which, despite giving it's name to Portugal's most popular beer, is a bleak and very windy place. 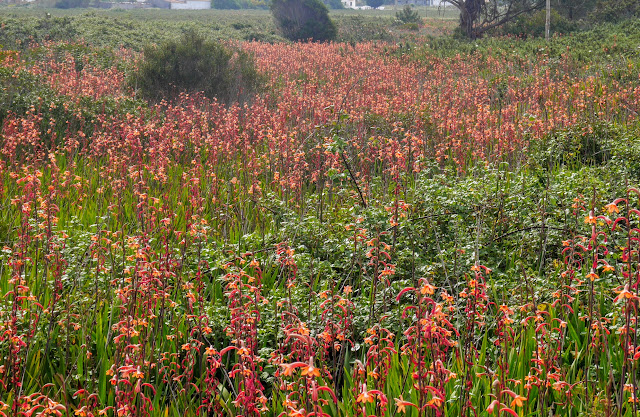 Wind was in fact the defining feature of today. It started to blow just as we left our accommodation outside Odeciexe and got stronger as the day progressed. As I write this in Sagres, it's blowing a gale. 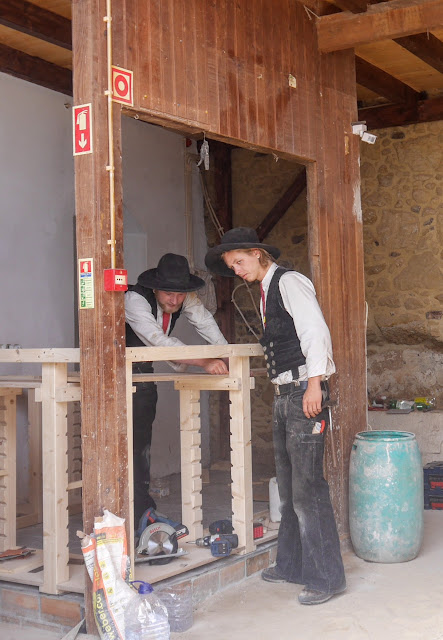 Our first target was Aljezur, very much a town of two halves, a new half and an old half. Last time we were here we stayed in the new half, the horrible half, and the experience scared our memory. The old half is much nicer and it's stone buildings are gradually being restored. Interestingly we met some German carpenters dressed a little like the Amish in the film Witness. They were following a tradition of traveling after completing there apprenticeship. The Walz tradition, has died out in most places but still lingers on in Germany and the journeymen were dressed in the traditional outfit. 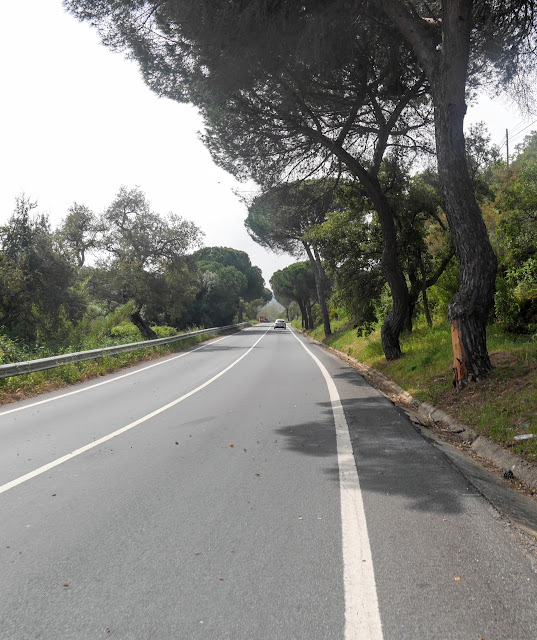 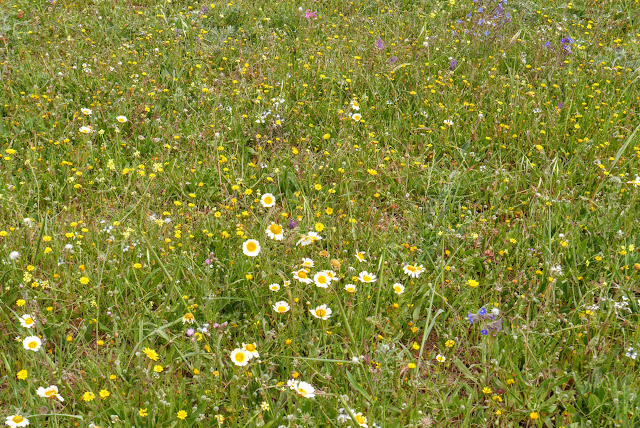 Getting to Aljezur had involved some tricky off road cycling including a particularly savage gulleyed descent down a dirt track into the valley where Aljezur is sited. With the wind blowing hard into our faces or sideways on, we decided to avoid any unnecessary byways on our journey south and from Aljezur stayed with the main road to Carapateria. It was a good decision, the road turned out to be empty, and the last 7 kms involved a totally unexpected downhill descent, absolutely brilliant. It was a beautiful stretch on good tarmac through wooded countryside and there was little traffic. 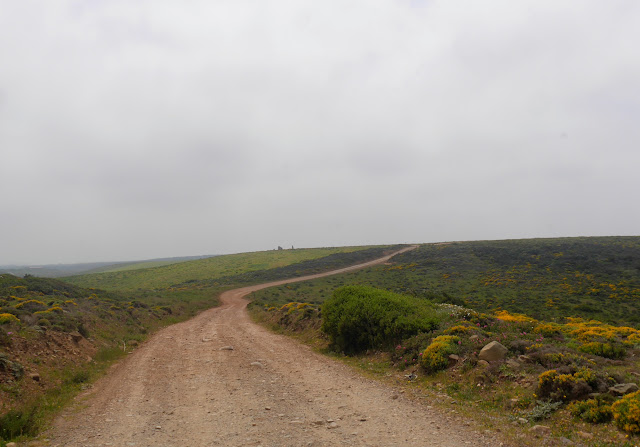 From Carapateria things got increasingly open and more exposed and on the final approach to the Cabo de São Vicente it was hard to stay upright. 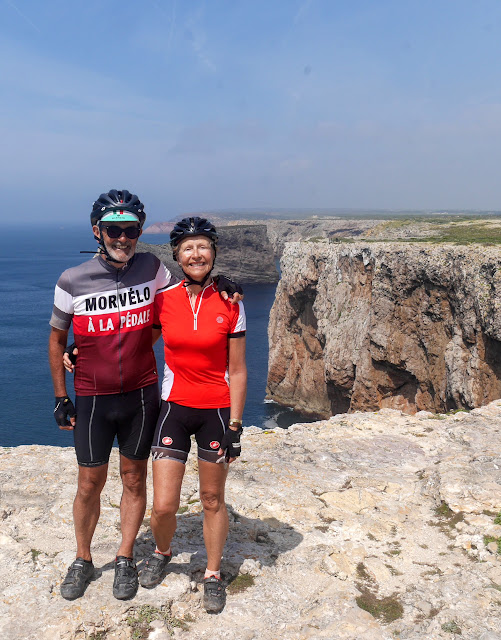 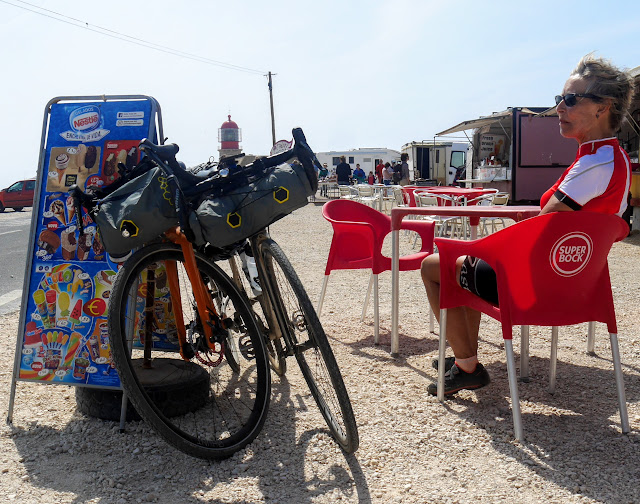 Despite the crowds, the Portuguese version of Land's End was well worth the visit and the light house and the huge and very beautiful cliffs made a memorable impression. To celebrate we got someone to take a picture of us on the edge of the cliffs and ate an ice cream.
Posted by John Hayes at 7:54 AM