It's very windy in southern Portugal at the moment, so windy that we've decided to stay 2 days in Lagos.

Yesterday we cycled about 40k from Sagres but with a 40kmh headwind it felt twice as far. We chopped off​ all the wiggly bits and stuck with the cycle lane alongside the main road, but even I, Mr Schedule Man, had to accept that there might be better things to do than spend another day cycling into a gale. 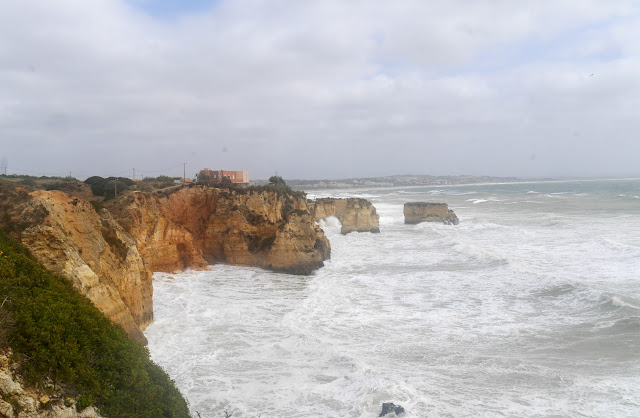 To be honest yesterday's cycle ride to Lagos yesterday was close to insane. There were other cyclists in the hotel we were staying at in Sagres and they were getting a taxi but we decided to give it a go. The wind blows back home in Brighton but when in does the bike stays in doors. I've never cycled in a wind as strong and gusty as this. 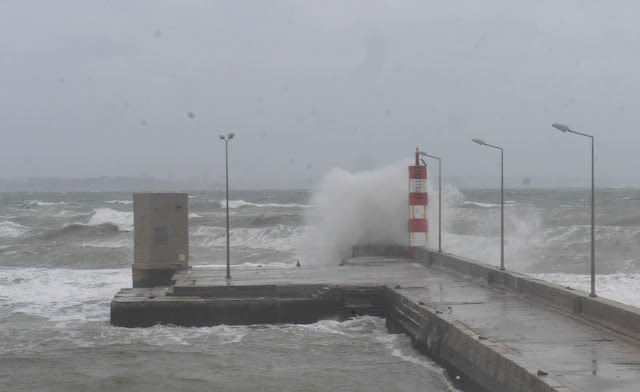 According to the weather forecast, which had a black wind warning, it was gusting up to 60kms a hour. On the route to Lagos we had a side wind for the first 10kms or so and a head wind for the rest. The side wind was the worst and the variable sheering sensation made the bike feel consistently unstable. Into the wind wasn't as scary, just hard work particularly as there were some big hills. 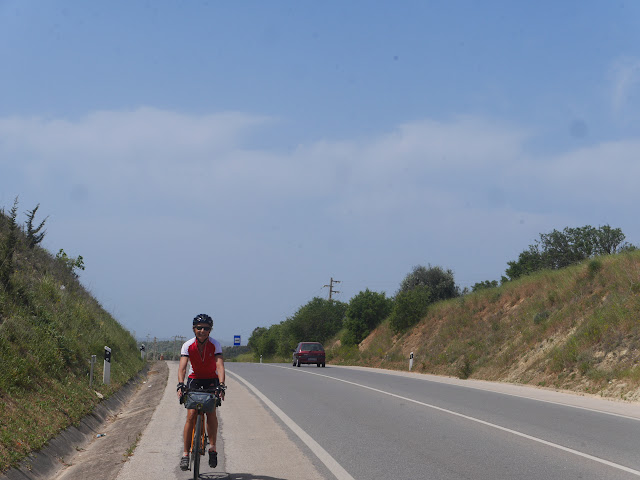 The hotel we booked in Lagos turned out to be really nice. The gale we had cycled through promised to get worse so staying an extra day here wasn't a problem. It's Christine's birthday and of course she thinks that hanging out in Lagos is a brilliant plan. Tomorrow we'll make up the difference by catching a train 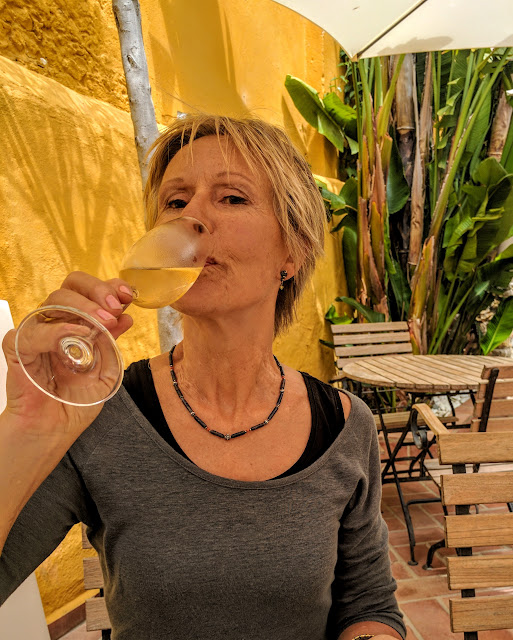