Tomorrow is the most complicated day of the whole trip and to give myself plenty of time to get nice and stressed, I arrived at Cascais early. I'm​ now just outside Lisbon in a beautiful resort just to the west of the capital. Tomorrow Christine arrives and I've got to get across the city to meet her at the Airport. If her bike has survived the trip, we have then got to navigate across the city, get a ferry over the river, and find our way through Lisbon's southern suburbs to a resort on the coast. There's a lot to go wrong and perhaps we should have stayed in Lisbon tomorrow night. Unfortunately we don't have any spare days before we get to Seville (Christine has to go back to the UK) so the schedule is sacrosanct. 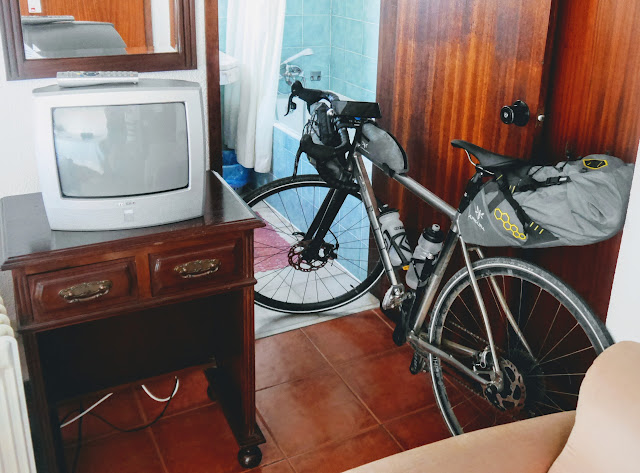 I've had an interesting day. It started with a definite fashion bloomer. The big question is whether or not to go to breakfast in your cycling gear. Now I'm full, no compromise Lycra person, total MAMIL, although in my case it should be OAPIL, and I don't hedge my bets by wearing baggy mountain bike shorts. Full Lycra is definitely OK if there is no one else there or if you are in a group and have gained critical mass with other Lycras. Today neither circumstance applied and when I walked into the packed breakfast room in full battle dress, wandering around trying to find an empty table, the room went quiet.

Maybe the breakfast experience had phased me because twice in the first hour I missed a critical turn and went swooping down to the coast when I should have been staying high. It was a good job Christine wasn't there, she really doesn't appreciate unnecessary hill climbs. 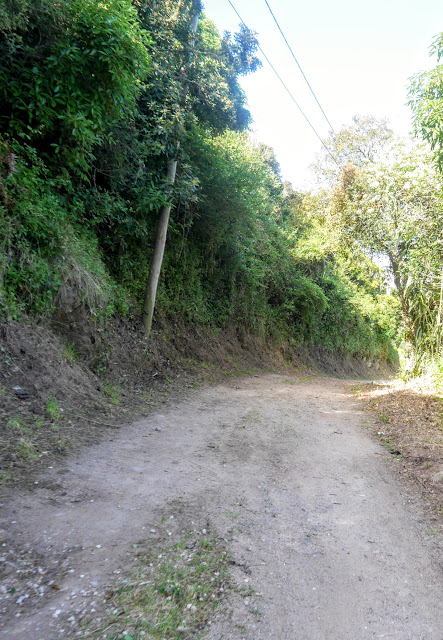 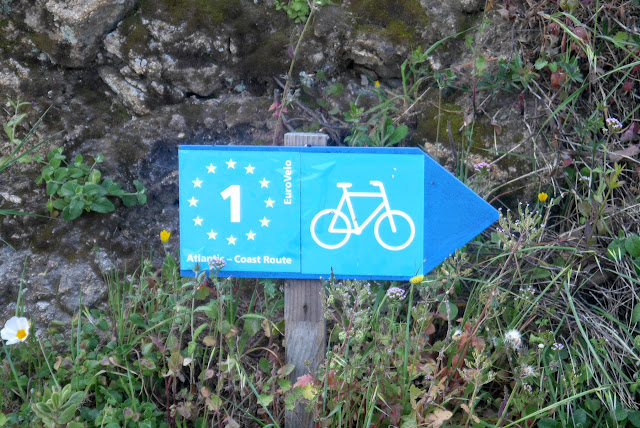 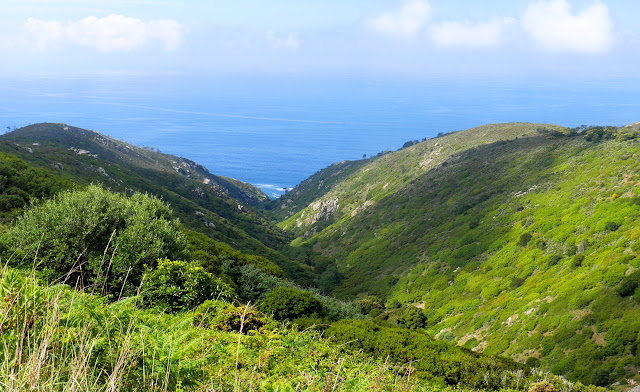 Even without the mistakes there was a lot of climbing and at 260m I've reached the highest point on the tour so far and I think the highest until Spain. The surface on the way up was also bad and would have difficult even on a mountain bike. Still, in the midst of all that gravel and rubble I did get to see my first Eurovelo sign and despite yet more no-entry signs, I am on the right route. 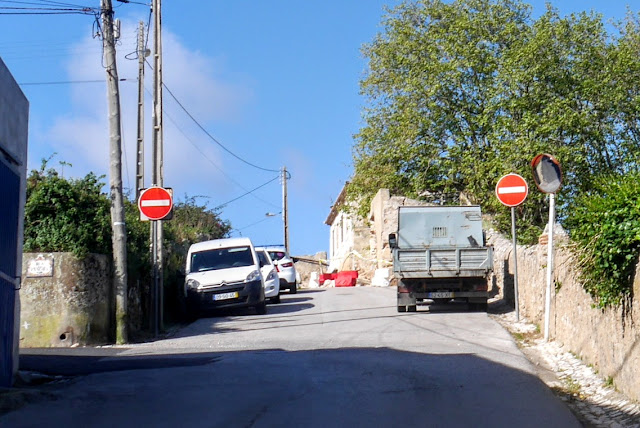 To prove it, today I saw four panier laden cyclists coming the other way, I'm not alone. I even saw the two Dutch cyclists I met a couple of days ago and even though we had only spoken briefly we renewed our acquaintance like long lost friends. 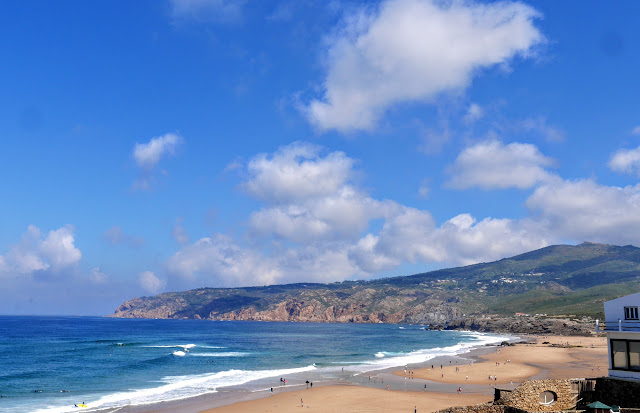 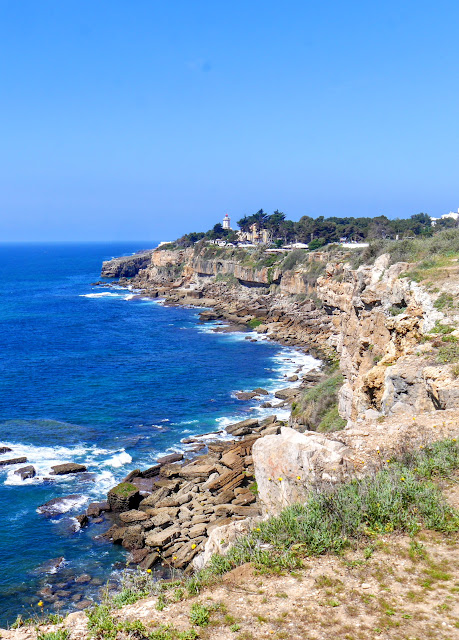 Sometimes you work your way up a hill only to be disappointed with a stop start descent. This one was perfect and because it wasn't too steep it seemed to go on forever, only finishing at the coast itself. The final 10km to Cascais added to the pleasure and followed the coast along a cycle path which was nicely busy with other cyclists, joggers and walkers. On Good Friday it felt like Lisbon had emptied and come to the coast to enjoy the weather. 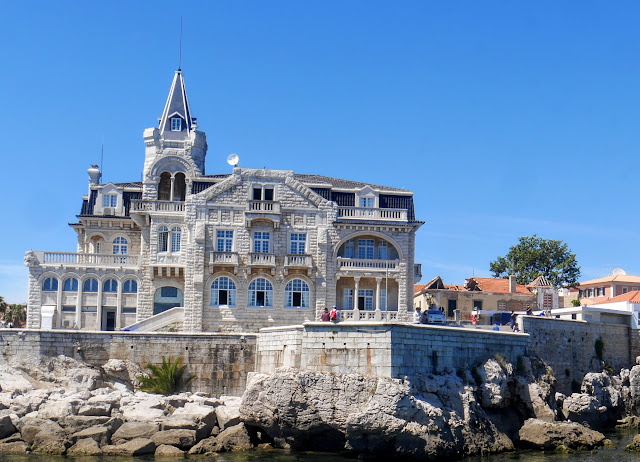 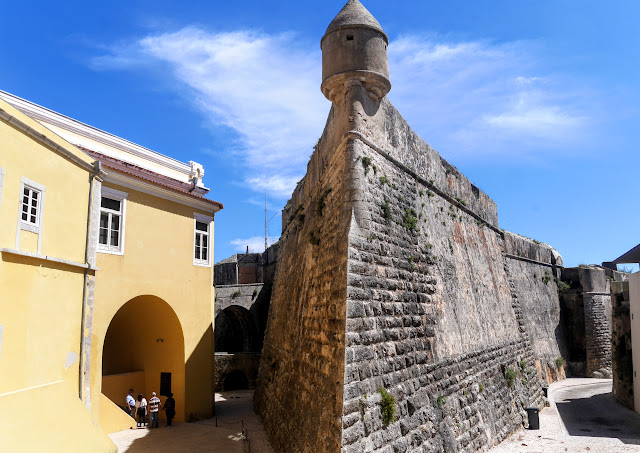 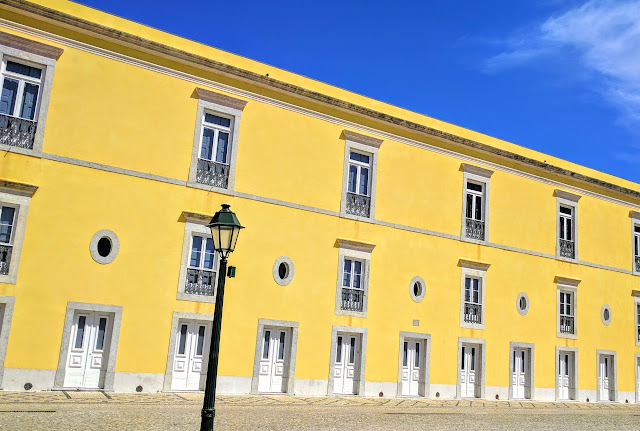 Now Cascais is an interesting place and arriving at about 1, I had plenty of time to explore it. It's got a citadel in the same style as the one in Perniche although it was completely restored by the royal family when they rediscovered the town in the late 19th Century. Their patronage turned the place into an upmarket resort and slightly Germanic Victorian Gothic buildings bear witness to the boom that took place. It's still prosperous and popular and is supposed to be Lisbon's most affluent suburb. Every sort of cuisine is represented here so to make a change I think I'll have a curry tonight.

Fingers crossed for tomorrow.
Posted by John Hayes at 5:41 PM