I'm eating very well in Portugal. I get breakfast in the hotel, take pot luck on the coffee which varies from OK to terrible; get a coffee later in the cafe (incredibly cheap and generally good); a snacky thing like a sandwich for lunch and then a single course in the evening, usually fish. Last night I had polpo, (octopus) which is standard fare further up the coast in Galicia where it is served chopped up with beans. Here the approach was different and I was presented with a whole boiled octupus with artily positioned crushed potatoes and loads of garlic. It was the house specialty and they seemed to think that I come to the Santa Cruz just to eat it. Getting through it was a challenge particularly as my progress was closely observed. I think it will be my last octopus for a while. 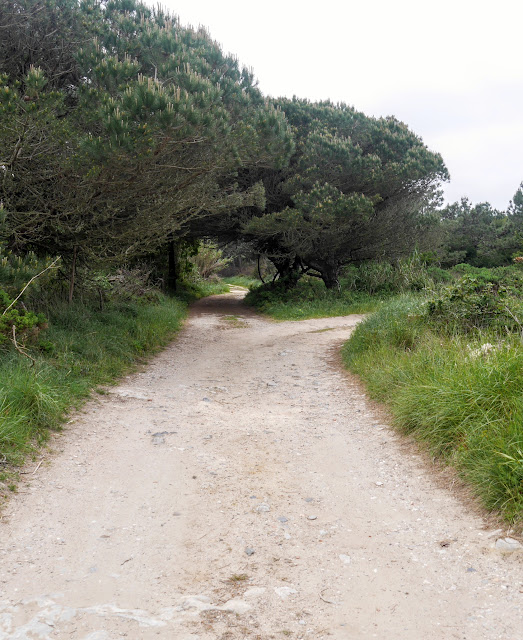 Today the weather for 90 per cent of ride was cloudy and cool. The route itself was similar to yesterday although it was longer, nearly 60kms, and hillier, with over 1200m of climb. The surface was also particularly mixed and I guess about 40 per cent of it was gravel. 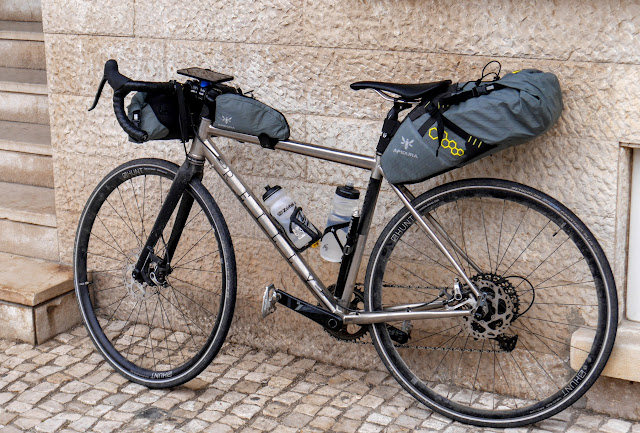 The lack of sun for most of the ride limited the opportunities for photographs so I took a picture of my bike.

I'm navigating by following a gpx trail that I've downloaded from the Eurovelo site. The route has been plotted heading from south to north opposite to the direction I'm taking. When I'm hiking this sort of thing isn't a problem but I now realise that on a bike it has implications. In particular it explains why the route doesn't always make sense in the small villages with their one-way systems. 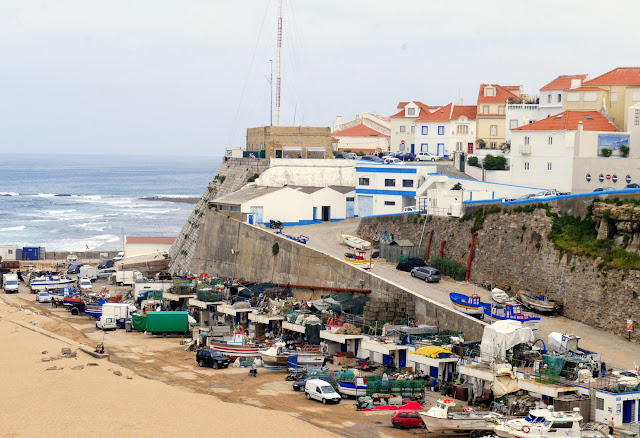 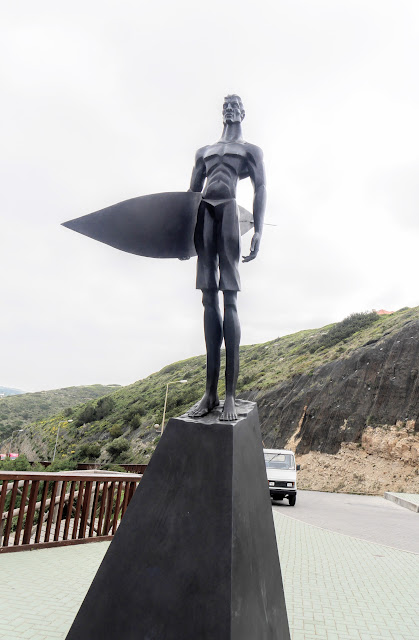 Particularly complicated in terms of confusing wrong way one way systems was Ericeira, the largest sea town visited today. It didn't feel like a resort and had a real fishing fleet pulled up on the beach. It is also another Mecca for surfers, regarded by some as the best place in Europe and a statue above the town announced that it is home to a world surfing reserve, the world's second and the first in Europe. I guess this means that surfers are a protected species and that if you want to catch them to you have down the coast. 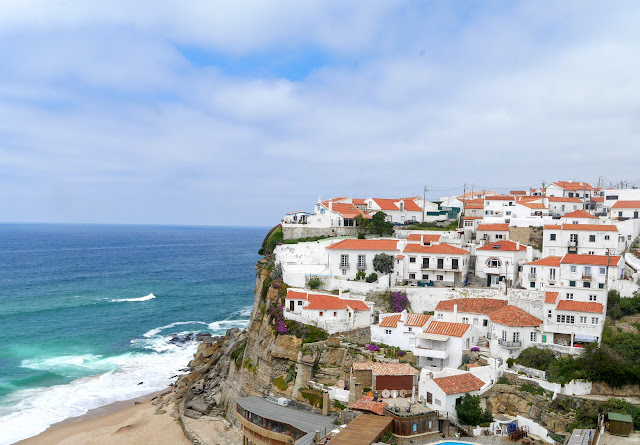 Further down the coast was the little village of Azanhas do Mar that, benefiting from some sunshine, was the prettiest seaside village I've seen so far. 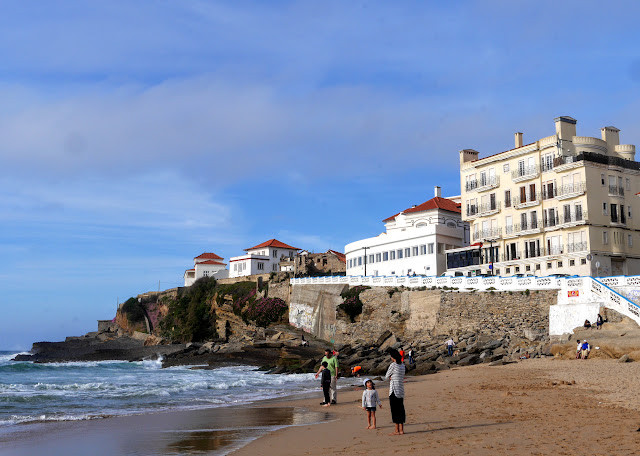 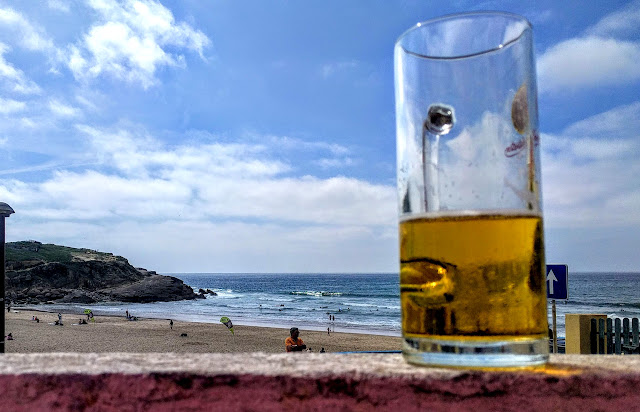 Praia das Maçás, just around the corner, although not quite a pretty, is also very nice. Apparently it's always been a favourite destination for visitors from Lisbon and benefits from its own little tram. My hotel room wasn't ready when I arrived so I went and had a beer in a cafe overlooking the beach, it was a large beer and, like the octopus, may have been a mistake.
Posted by John Hayes at 6:54 PM