I'm a week into my mega tour of the Iberian peninsula and it's going really well. Without trying too hard I've managed to cycle about 440kms and move south down the Portuguese coast to just north of Lisbon (the blue dot on the map shows where I am now). The plan has worked - every afternoon for 7 days I've turned up at a hotel and they knew who I was, they were expecting me! 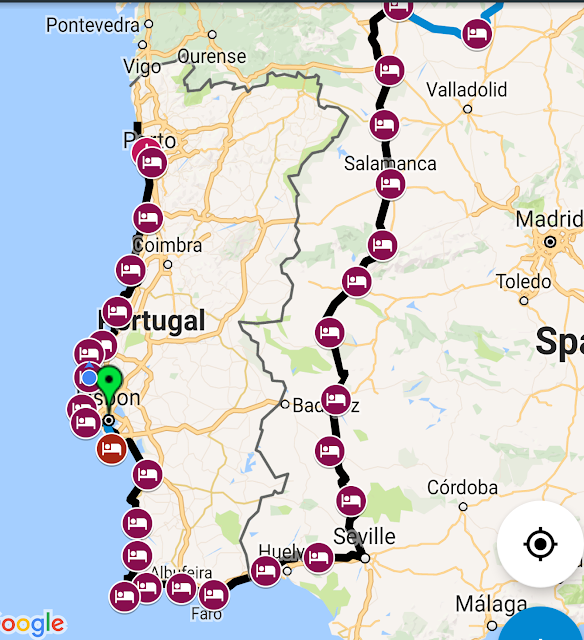 I have been lucky with weather although it looks like the heat wave is at an end. It was foggy when I left Perniche and although this soon burned off it's been a muggy sort of day and the mist returned just after a I got to Santa Cruz. The forecast for the next few days is cloudy, a lot cooler, but no rain. I can cope with that. 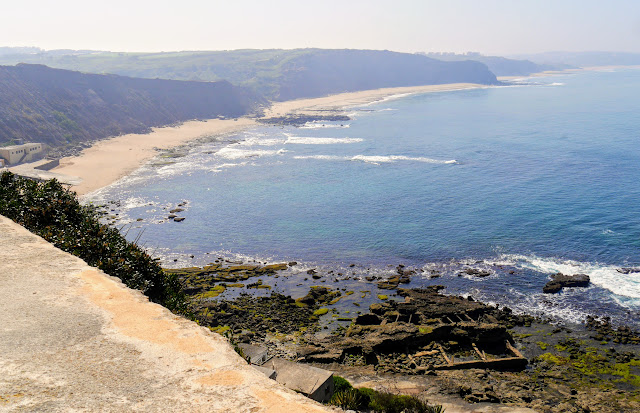 Today's ride was only 50kms long but it was hilly. The coastal scenery is now verging on the dramatic but the price is hills and like yesterday I managed nearly 1000m of climb. What tends to happen is that you head inland and climb to get around some sort of obstacle and swoop back down to the coast and a little resort. I prefer the swooping to the climbing but the climbing isn't a problem. 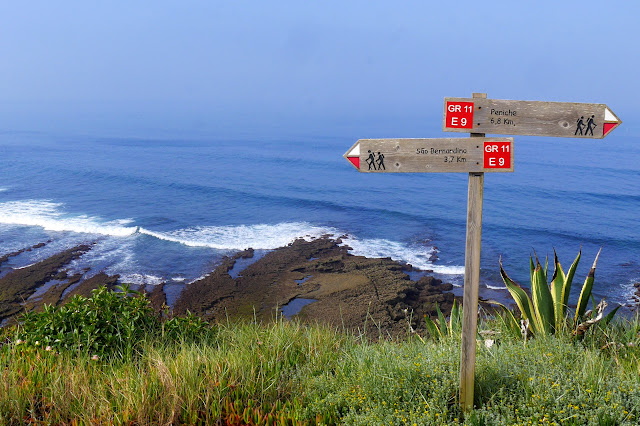 Although I still haven't seen a Eurovelo sign I have seen a sign for the equivalent long distance footpath, the E9. Like the Eurovelo this follows the Atlantic and North Sea coasts 5000 kms from the southern tip of Portugal all the way to Estonia.
I've also seen lots a cabbages, fields of them and looking very healthy. Christine is a big fan of cabbage arguing that's it's the only proper vegetable. 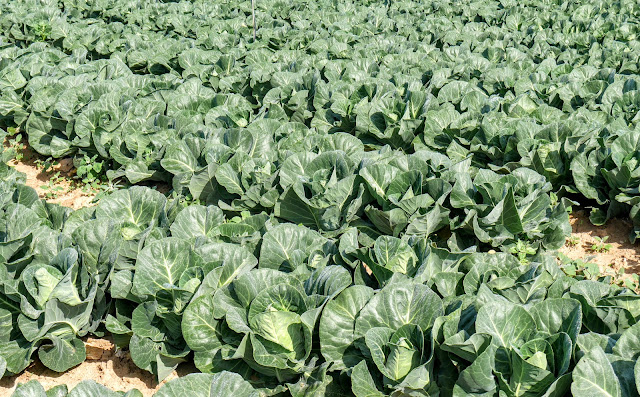 The falling temperatures meant that compared to the last few days the beaches were relatively empty. Even the surfers have disappeared although I was impressed by a group of teenagers who were flying along with their surf boards on their bikes. The route went through the village of Vimeiro which is where Wellington, or Wellesley as he was then, secured his first victory over the French in the Peninsula War, liberating Portugal in the process. There was a statue in the middle of the roundabout representing a British soldier. 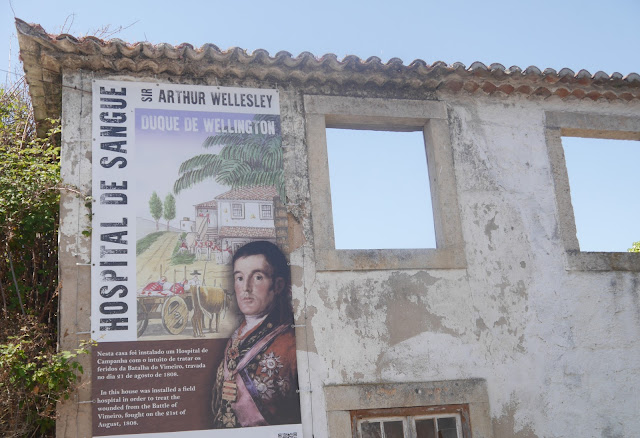 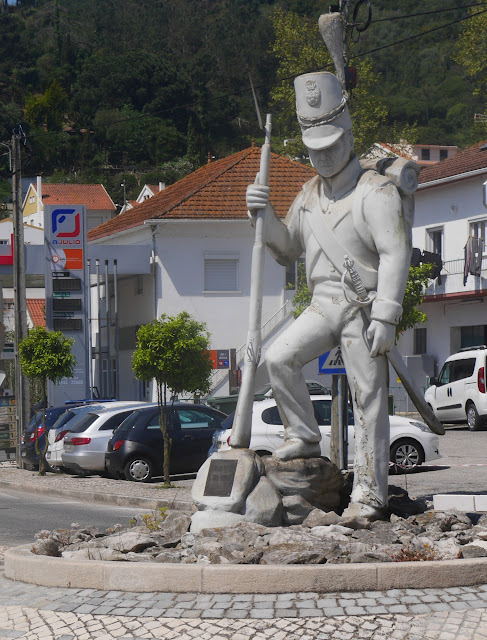 Vimeiro is situated at the end of a very beautiful gorge, steep limestone cliffs covered in gorse which was in full flower. The route followed a dirt track through the gorge before returning to the coast and Santa Cruz. 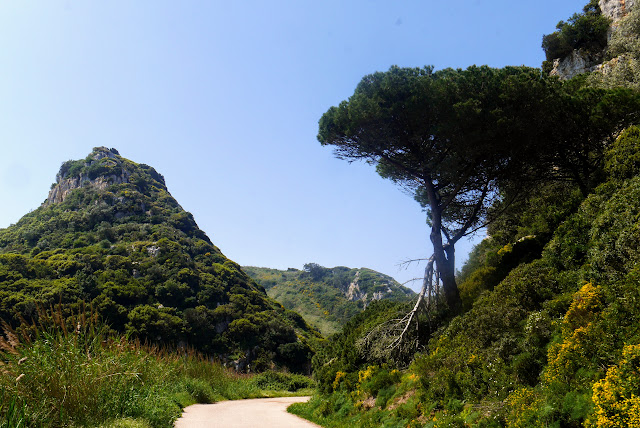 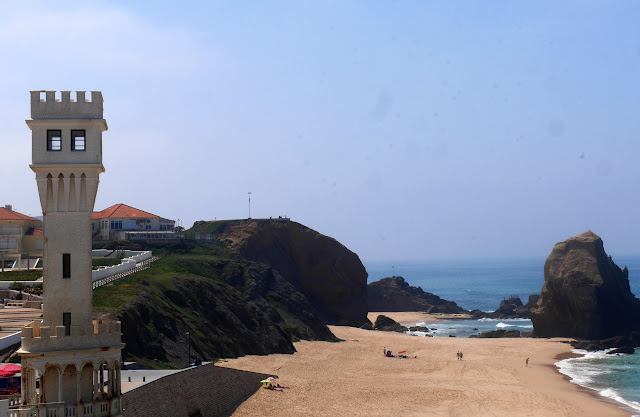 Although the beach at Santa Cruz is stunning the town itself is a little run-down and, given the school holidays, surprisingly empty. Maybe the Portuguese have looked at the weather forecast and gone back to Lisbon.
Posted by John Hayes at 6:01 PM