55 kms is definitely a civilised distance, particularly when it's as hot as it is at the moment (it's hitting 80 degrees). It means I can take things really slowly and arrive early afternoon. Sorry Christine, I know you're arriving on Saturday but I've now got a routine. It involves leaving about 9, stopping for coffee at about 10-45 and then having a light lunch at about 12-30. I then get dinner at around 7-30 which seems to be OK in Portugal. 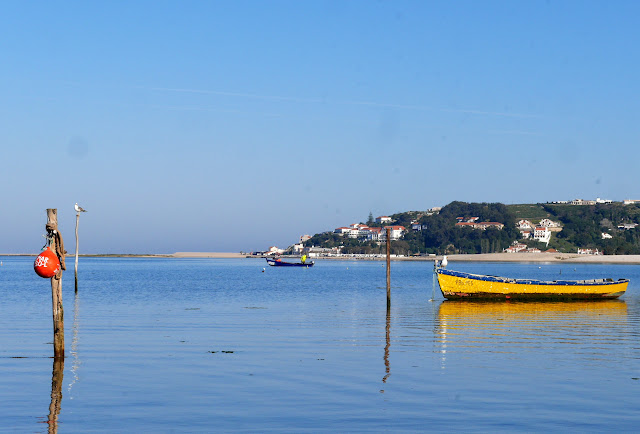 Today's ride was a real mixed bag, a nice mixed bag but with very different parts. As well as varied scenery it also involved different surfaces including a lot of off-road. 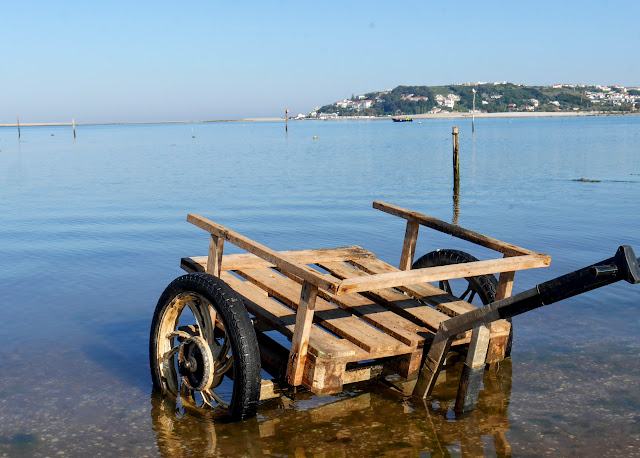 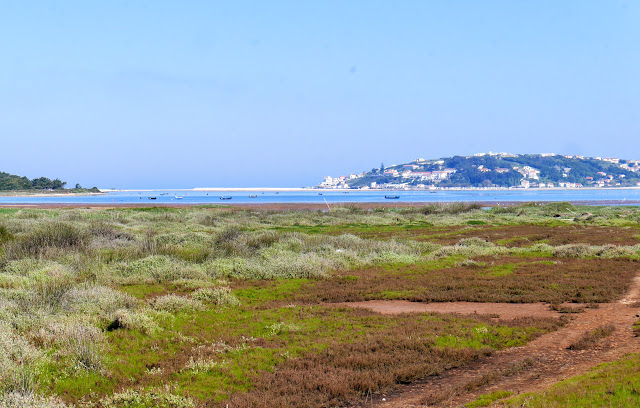 The first 20kms involved a journey around a inland lagoon which meant that after 2 hours or so I was almost back to where I started at Foz do Arelho but on the other side of a narrow stretch of water. There were some great views across the water, lots of fishermen in little boats and people up to knees filling buckets with something edible. Inland it was hilly and I managed to clock up nearly 1000m of climb. On the southern side of the lagoon the route followed a dirt track along the water's edge, really nice. 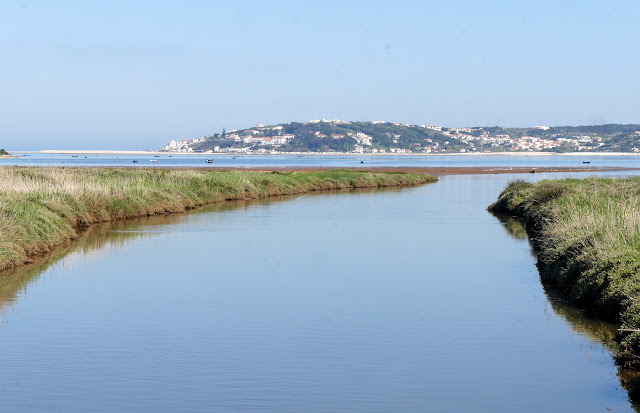 Back on top of the cliffs, a huge fence with a private property sign barred the route. I'm not a fan of golf but property development combined with golf seems the worst of all worlds - fences, cultured grass and going from the front door to a golf course and no further. This place looks a classic example. The original cross country route has been lost but replaced by a new route along the side of a new road which went inland leaving the golfers undisturbed and with the best views. 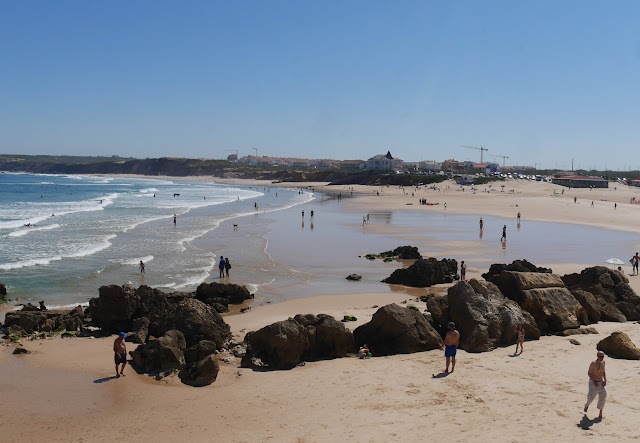 Once golf/Trump world had been circumnavigated​ the route returned a dirt road through fields of leeks, onions and potatoes before heading down to the sea and first of two much nicer peninsula circumnavigations.

On the first one, a small rocky outcrop plays host to the tiny village of Baleal and is connected to the mainland by a sand bar just wide enough to accommodate a single lane road. To the north and south of this sand bar are beautiful beaches which today were packed with surfers, hundreds of them, and interestingly some of them looked as old as me. Baleal is a famous beauty spot and I was told by the woman in the hotel this morning that if the weather is bad on one beach it might be good on the other. 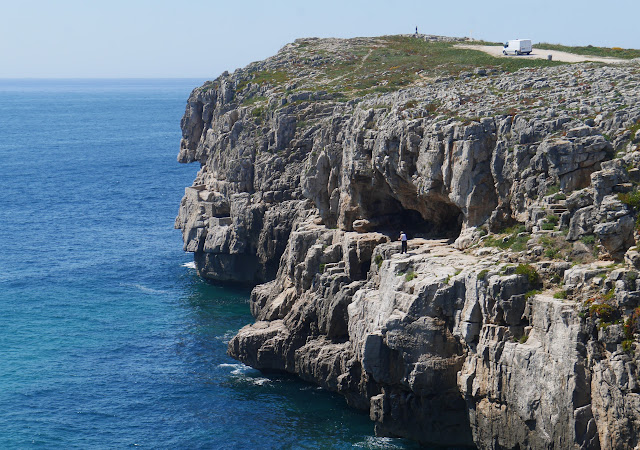 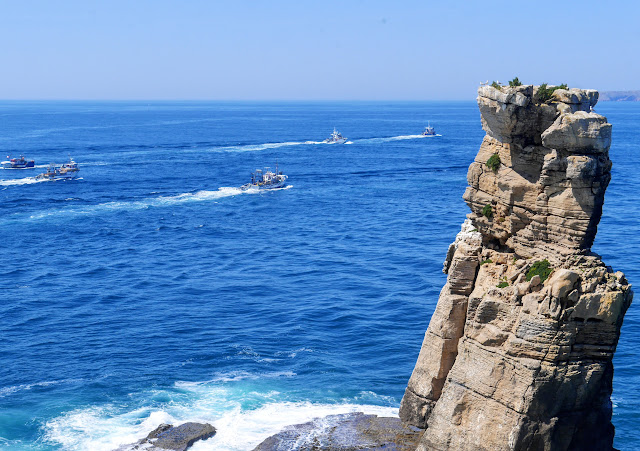 The second peninsula, about 10 kms to the south, hosts Perniche and it's circumnavigation was spectacular. Great slabs of limestone formed cliffs and pillars amongst which fishermen could be spotted on narrow ledges waiting for a wave to wash them off.

The town itself, although a little rundown, still features it's historic defences, including a sort of moat that protects it from attack from the landward side. The woman at the hotel this morning didn't like it but I think, although she was a local, she judged it a little harshly. It's packed with fish restaurants and this time I will get my grilled sardines.
Posted by John Hayes at 9:49 PM