Benevante isn't in the same cultural heritage league as Zamora or Salamanca but it's a nice place with a Parador.

Paradors are a hotel chain owned by the Spanish state and typically located in beautiful historic buildings which would otherwise perhaps have fallen down. It's almost a Spanish version of National Trust but instead of preserving a building as a visitor attraction they preserve it as a hotel. They can be quite expensive but we noticed that with the long Spanish Easter finally starting to disappear the price had gone down so we've booked our first stay in one, here in Benevante, and have another in León tomorrow. 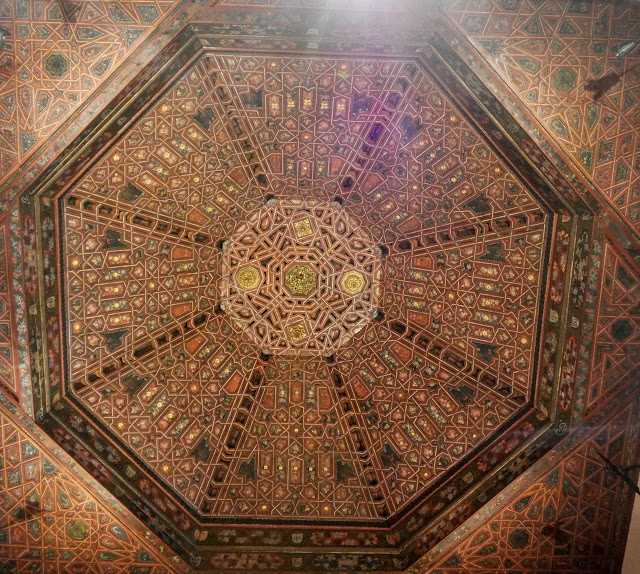 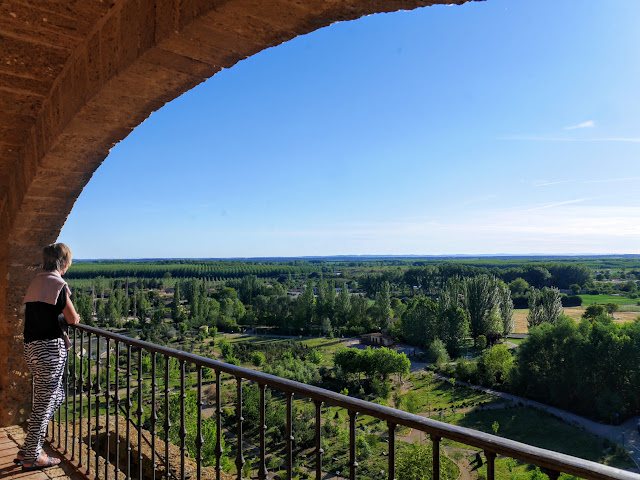 The Benavente Parador is located in a Moorish castle the main feature of which is something known as the Caracol Tower. We had lunch here, which was good, but to be honest everything, in particular the service, feels a little old fashioned without the panache we've found at other places in Spain charging the same amount.
Still it's clearly very popular with the locals and on this Sunday in May, the place was packed with families celebrating children's first communion. Again this felt very old fashioned with the girls dressed like miniature brides and the boys in sailor suites. 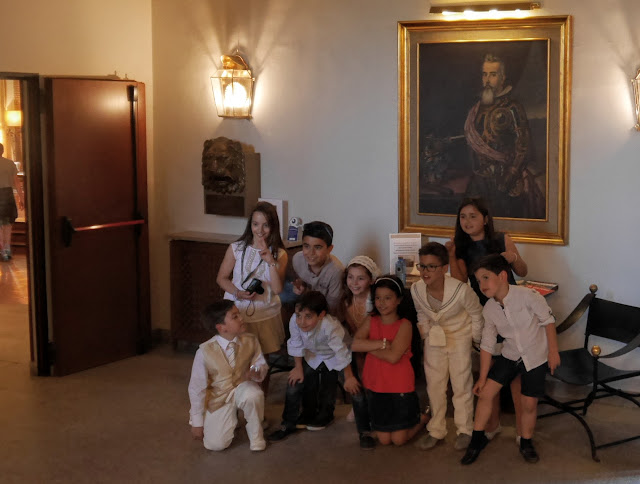 The town itself is located, like Zamora and Bejar, on plug of rock easily defended against attackers from all side. It has several cloistered squares some featuring Romanesque churches. Apart from our Parador however it doesn't have a major draw to attract the visitor. 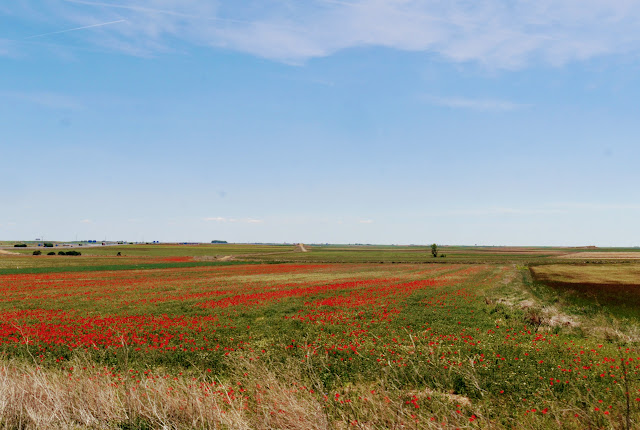 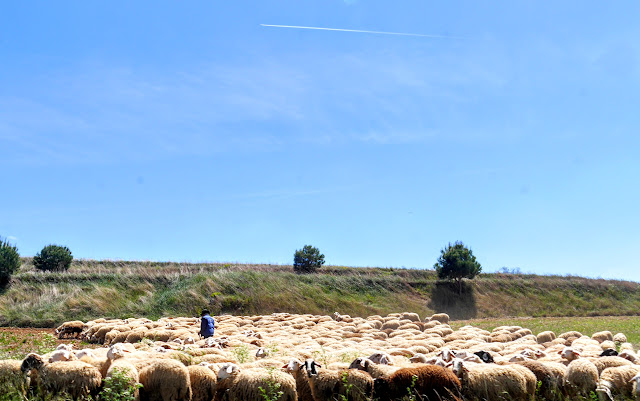 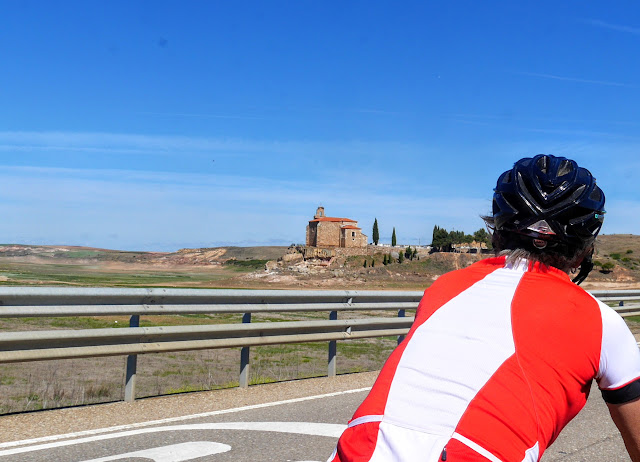 Today's bike ride in the sun was relatively flat and direct and excluding time for a short pit stop we got here in just over three hours. We are definitely getting faster. There was only one complication and that was the apparent disappearance of the N360 just before Benevante. Without the GPS track we would have been left suspended in a motorway vortex. 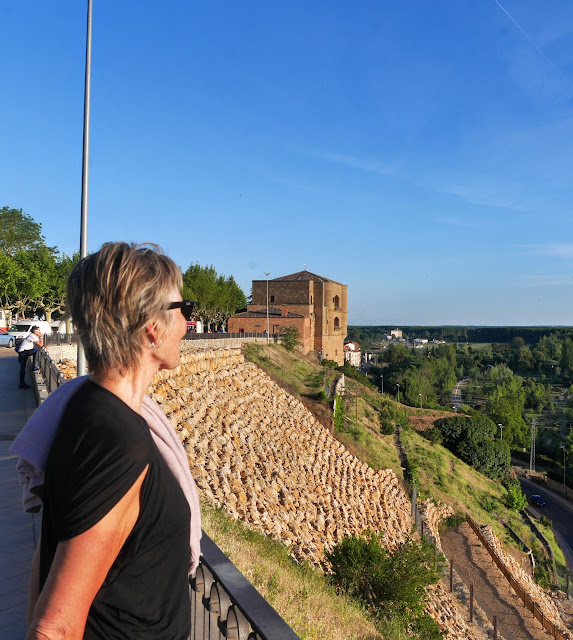 We now only have 3 stages to go before we get to Gijón and the end of the Ruta Vía de la Plata. The weather however is looking bad for the end of the week and we may have to play around with our schedule in order to get to Santander by Saturday for our boat home.

We finished off the day with a drink in a pavement cafe in the Plaza Major, which was crammed full of locals enjoying the last of the day's sun.
Posted by John Hayes at 9:04 PM