Day 27 and 28 Zamora via Salamanca

My last blog was from Bejar where I was contemplating completing the crossing of the Sierra​ Gredos to get to Salamanca. Well, yesterday the weather turned and after 6 days of sun we just didn't fancy a cold wet day in the clouds with thunder storms, so we caught the bus. 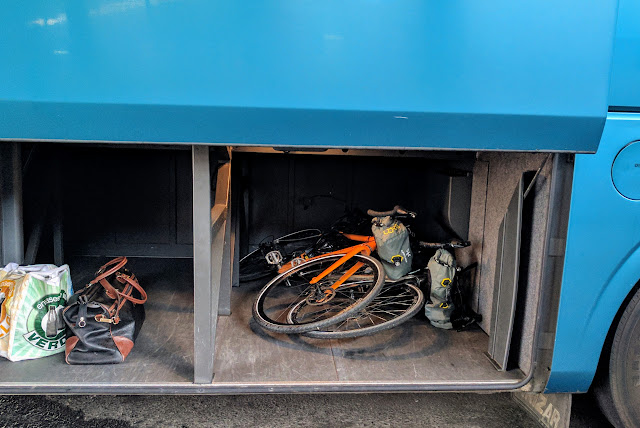 To be honest I've wanted to take the bike on the bus for some time and have been looking for an excuse. Guidance on how to do it is very varied on the web with most people saying you can but some saying you need a bike bag and some saying you can't. Spanish bus stations can be confusing places and at a relatively small place like Bejar no one speaks English. We called in at the bus station late on Thursday just after the bus from Salamanca had arrived. We tried to communicate with the driver and he seemed very relaxed, so we left with the impression that putting bikes in the bus wouldn't be a problem.

We arrived next day about an hour before the bus was due to depart, and the driver spotted us and suggested we put the bikes on their sides in the 'hold' for safe keeping. That was the last we saw of them until we got to Salamanca and they were none the worse for their experience​.

I'm not absolutely sure if it's always as easy as this. We weren't using the biggest national company, ALSA, and maybe they have tougher standards, but on the basis of this single experience taking bikes on buses is a real option, good for airport connections and the like. 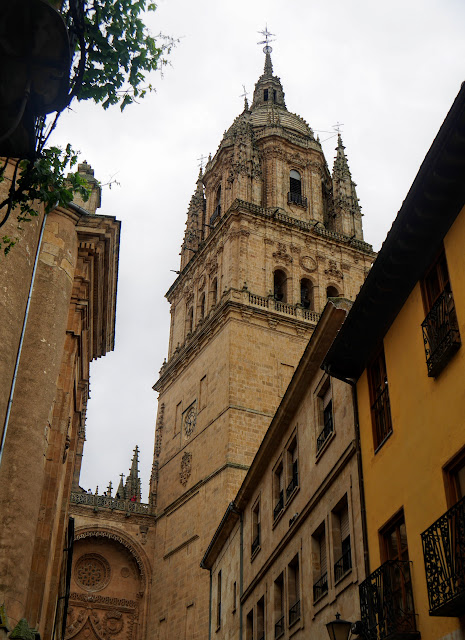 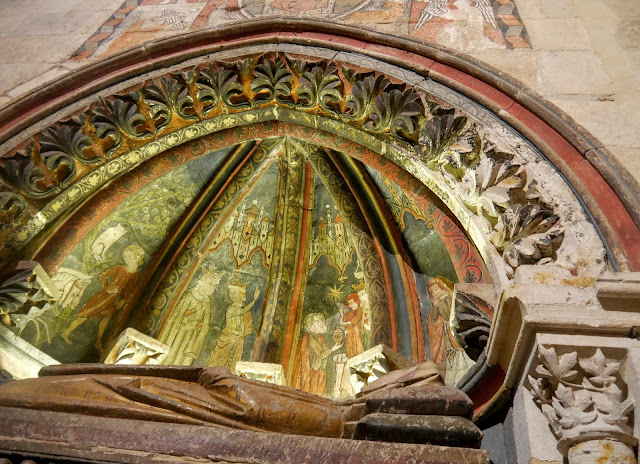 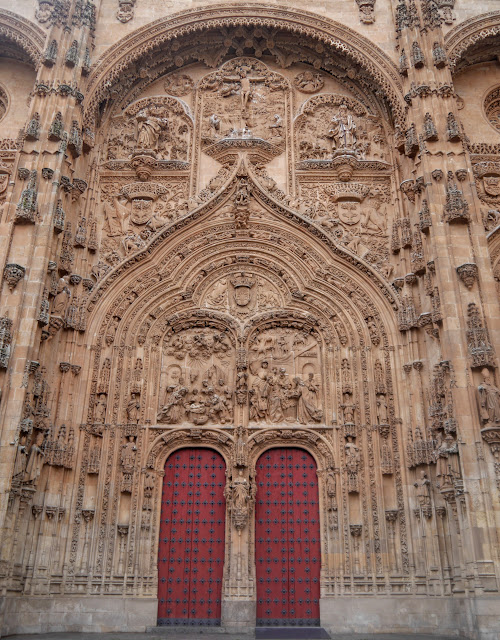 Based on one cold wet day, Salamanca is an amazing place with loads to see. It's an ancient university city with 2 cathedrals ( the older one is fantastic, the newer one epic and imposing) and an absolutely stunning central square. The historic centre is all built from the same golden coloured sandstone which gives it a warm and very distinctive look. It's also a gastronomic centre and some careful research meant we were able to enjoy our best meal in Spain so far. 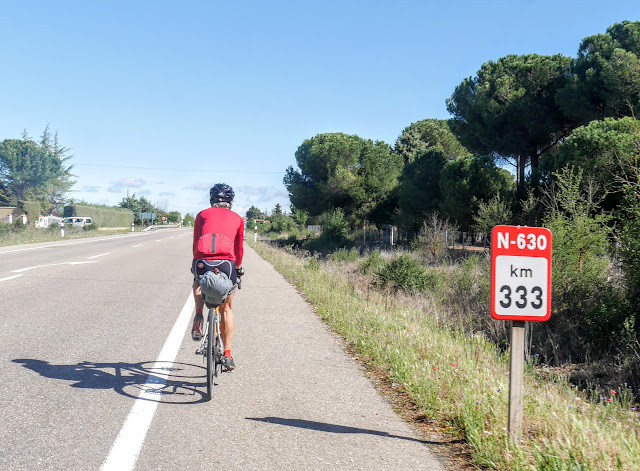 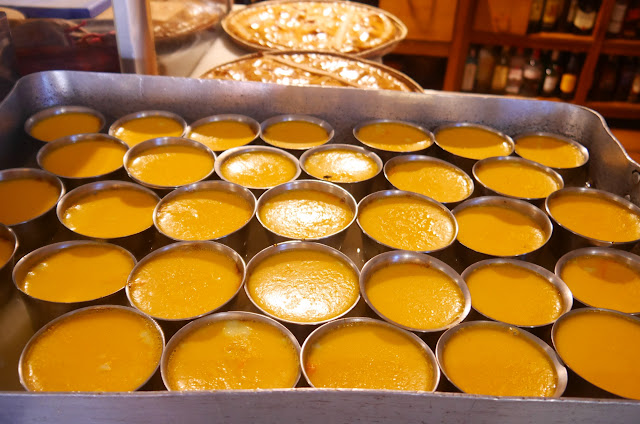 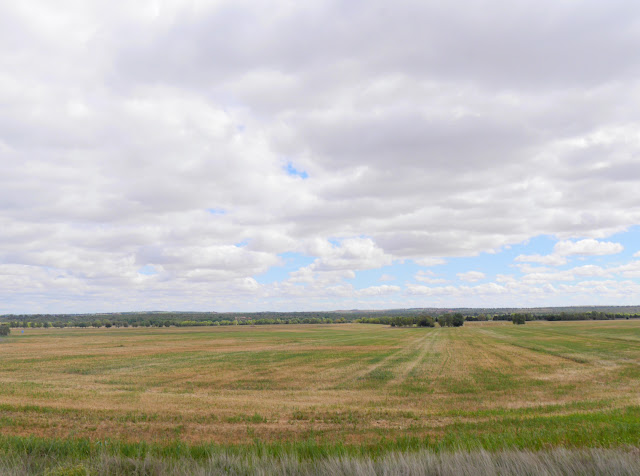 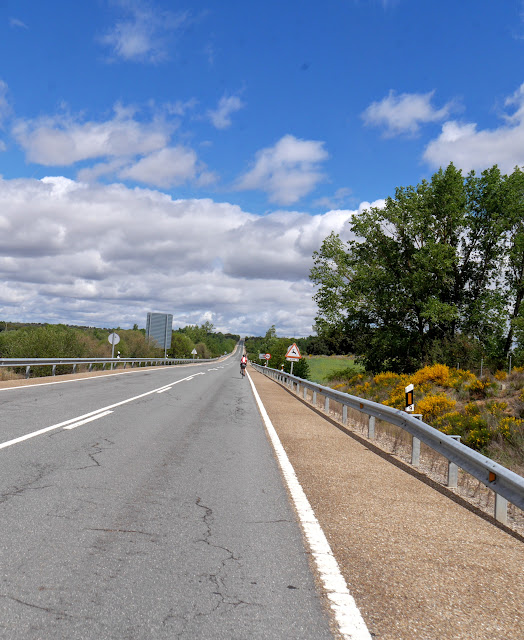 After 6 days in the saddle it was probably a good thing to have a day off, yet we were pleased to be on the road again today. With energy levels restored and a helpful tail wind we soon knocked off the 65kms. We had 2 pit-stops and the second involved sharing a huge plate of meatballs and bread. The countryside, if I'm honest, is starting to loose it's novelty factor - you can eventually get enough of long straight roads dissecting huge prairie like landscapes. 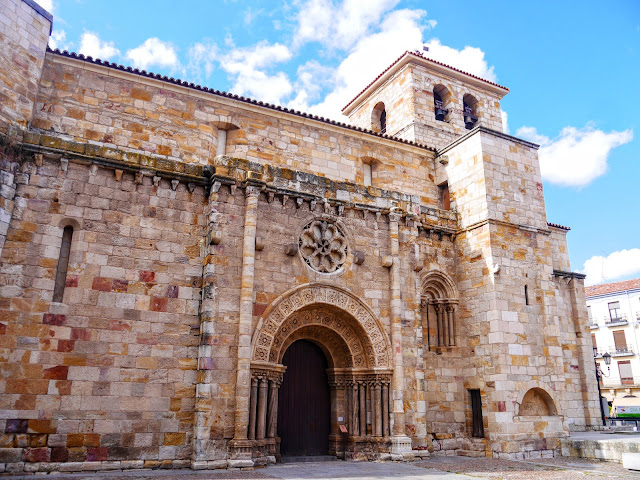 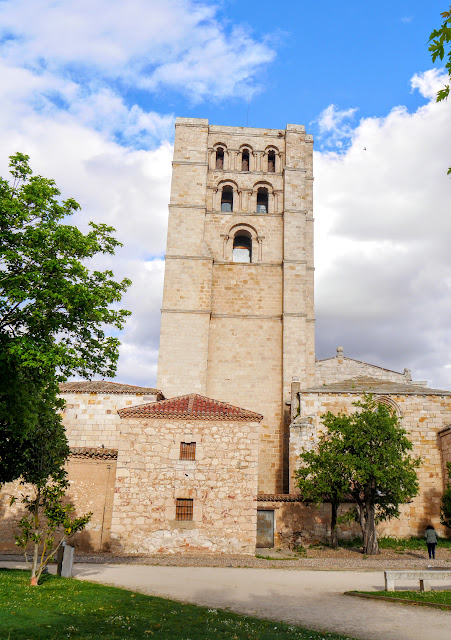 If the scenery is getting a little monotonous the town's aren't and Zamora is a gem. If, like me, you like Romanesque churches (called Norman in the UK) then Zamora, with 24, has more than any other town in Europe. It also has a Cathedral, castle and some splendid city walls. 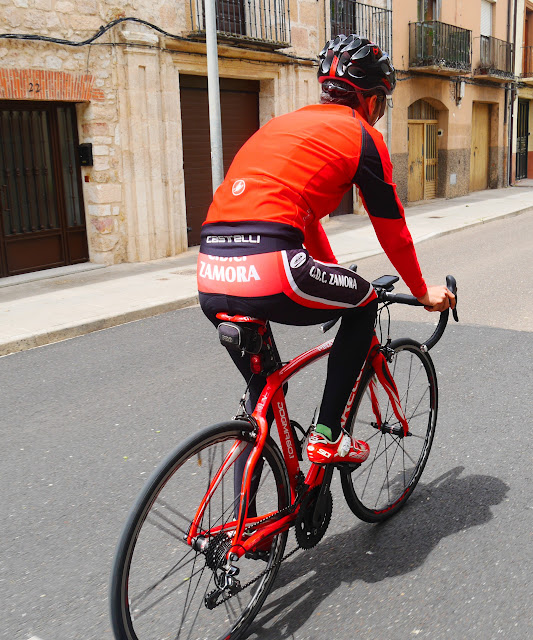 About 5kms from the town we were joined by David a very friendly Spaniard riding a beautiful Pinarello bike, who gave us an escort into town and all the way to our hotel. He also gave us a great recommendation for a restaurant. We've now had two really good meals two days in a row. 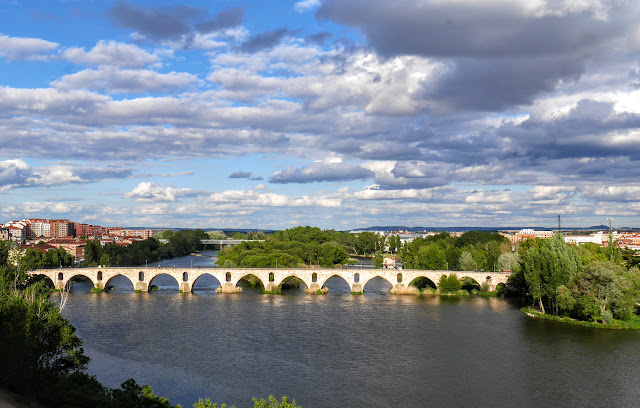 We cycled into Zamora across a lovely stone bridge over the Duero. That gave me a slightly odd feeling. The Duero flows west for 150km emerging at Porto and I crossed it just over 4 weeks ago when I started this trip. It's tempting to turn left, complete the circle and start again.
Posted by John Hayes at 8:45 PM