What goes up must come down and getting closer to the north coast of Spain we are finally beginning to surrender height we've held onto for the last 10 days. Crossing the Cantabrian Mountains, from Castile y León into Asturias, today's numbers look impressive. But in fact the day turned out to be relatively easy, a long way from the nightmare I was anticipating. 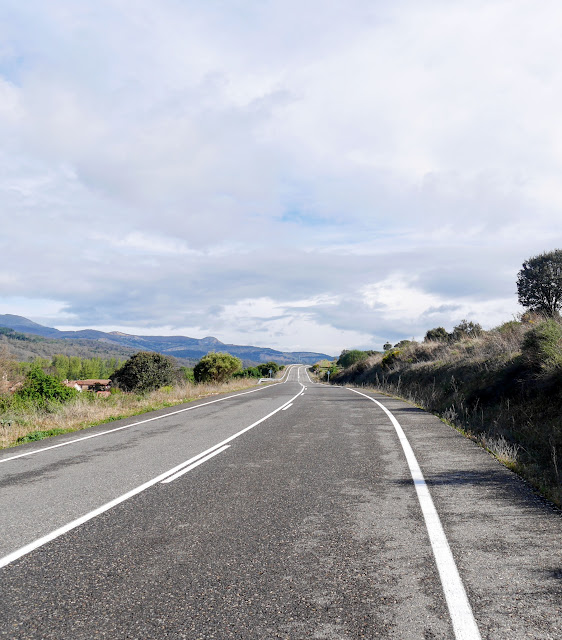 I spent most of yesterday's rest day in Leon worrying about today. The climb looked tough, there are few significant places to hang out, and the weather forecast was dreadful. We have become regular consumers of Spanish weather forecasts and the only conclusion you could draw from last night's was that the chances of significant rain with thunder today were high and it would get worse as we climbed. The only thing that gave us a glimmer of hope was that it was supposed to rain in León and didn't so perhaps the forecasts were a bit on the negative side. The Ruta Vía de la Plata website was also off-putting about this stretch of the route. As well as a massive climb and lightening they had me worrying about tunnels and lorries 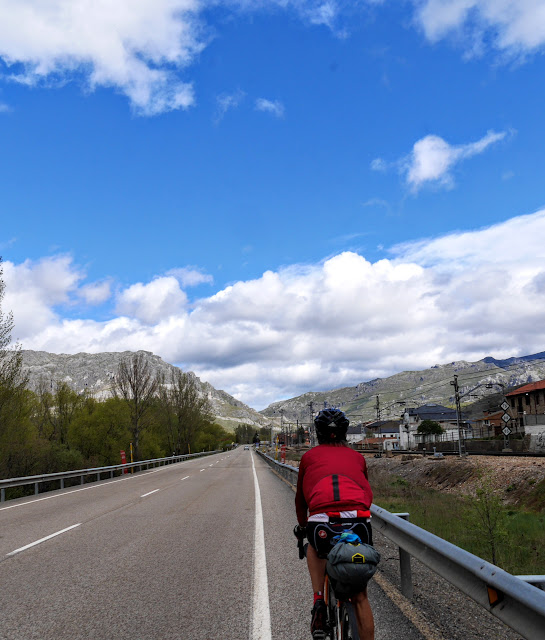 Anyway it was fine if overcast this morning and Christine ruled that getting the bus wasn't an option. She wanted to rise to the challenge come what may. Filling out stomachs with a huge breakfast we bid our Parador farewell at 9am, left the peregrinos behind, and committed to a climb up the mountains.

Base camp was an industrial town called La Robla, 25 kms north of León and the point at which we joined the N630. Getting there was a doddle, on a quiet road following the River X. After La Robla we started the no-going-back climb as there wasn't much in the way of settlements between La Robla and the pass. The good news was that the pass was only 33kms away, the bad news was that we hadn't really noticed any of the climb we'd been promised so it must be all up ahead.
The N630 didn't let us down and the road was excellent, beautifully graded, and neither of us got anywhere near our low gears. Also there weren't that many lorries, nothing like the day before yesterday on the run into León. The other advertised hazard, the tunnels, were another lion that didn't roar as they were short and reasonably well illuminated (although scarily noisy if you were sharing them with a vehicle). 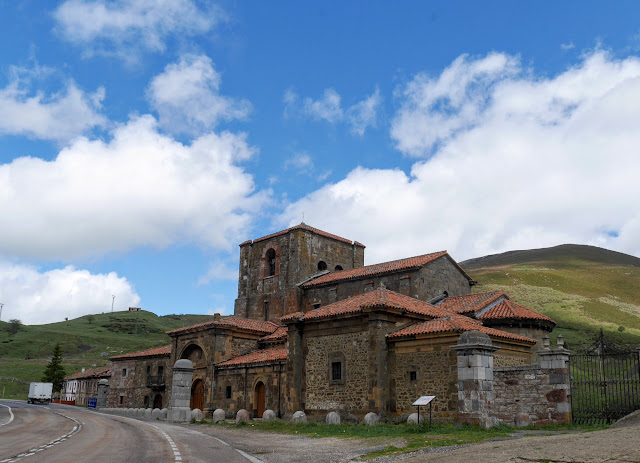 The scenery as we climbed on and up the valley just got better and better. There was some interesting industrial archaeology, with old coal workings and a railway line. The vegetation changed from limey green willows in bud in the valley bottom, through plane and chestnut trees, then mountain ash and birch in bud, then scrub, and then we were in rough grazing above the tree line and in proper mountains. As we got higher the hillsides were covered in purple heather in flower. 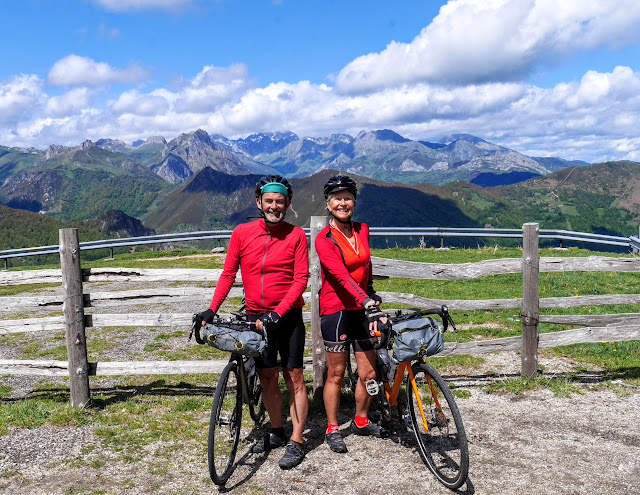 The biggest and best surprise was the views from the pass itself. We were presented with a particularly beautiful range of mountains with dramatic snow covered jagged peaks and gorgeous deep green valley. 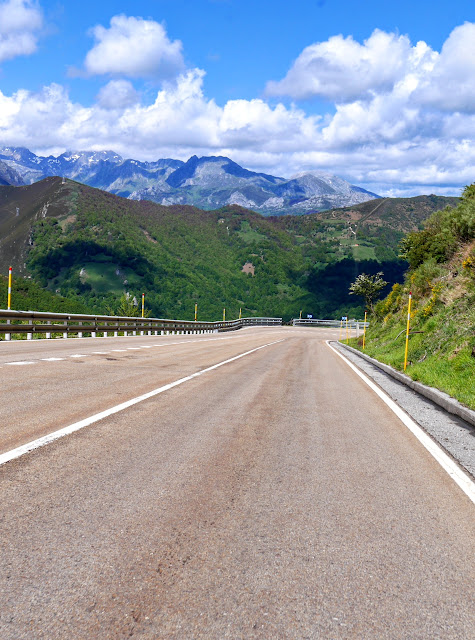 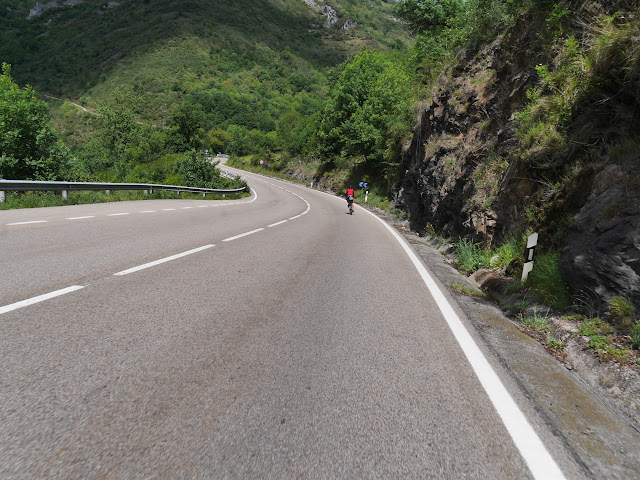 Then came the descent. We dropped 1000m in 23k with the gradient hitting 17% in places. It was a thrilling ride enhanced by the dramatic change in climate as we moved from the dry 'continental' side of the mountains to the lush maritime side. We are now in Green Spain and you don't need to be a genius to work out how it got its name.

All good things come to an end. The road eventually levelled out and in Camourans we went looking for a restaurant. A local cyclist warned us off our first choice and 100 metres later we saw a building surrounded by cars and vans and knew we had struck gold. Lunch was immense, tasty and plentiful wholesome food, exactly the thing to celebrate the near end of an epic trip. As we sat down the heavens opened up and we found ourselves inside a packed restaurant for nearly two hours enjoying lunch. What a day!
Posted by John Hayes at 6:53 AM