It rains in Spain

I arrived at a lovely Hotel Adarve in Zafra, a hotel magically built into the town's city walls, covered in mud. Today it rained and what was in morning a lovely dry trail was, in the afternoon, transformed into something wet and slimy. If I hadn't been writing a guide for Cicerone I would have opted for the road route, the lovely and totally empty N630, and got to Zafra faster and cleaner. 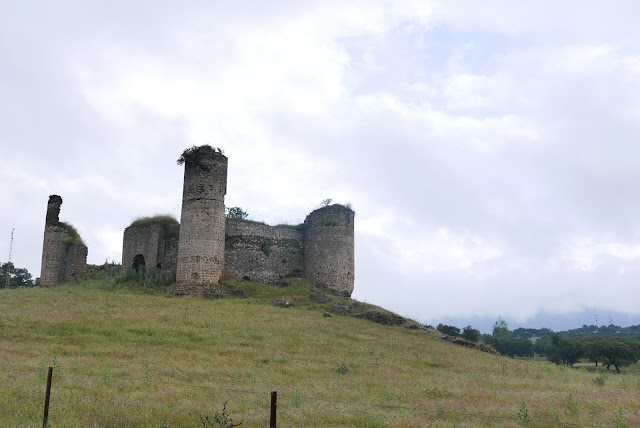 Today's route was just about off-road all the way and visiting the little towns of Monesterio and Fuento de Cantos broke neatly down into almost equal 20km phases (the total day was 69km). 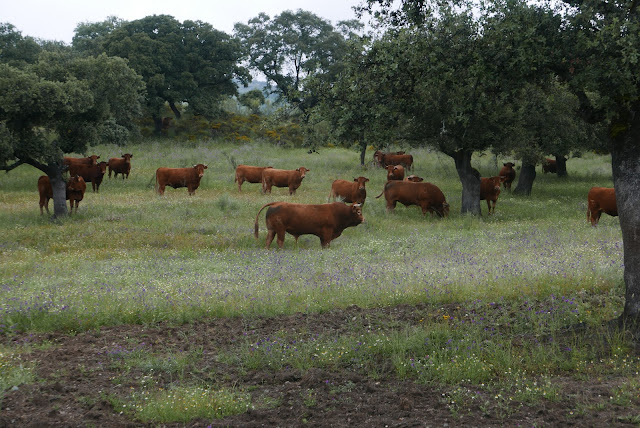 Until the first phase hit the N630 and the new motorway it was superb. A long mostly walled lane passing through more of those holm oak filled meadows I appreciated yesterday. There was even a old castle just outside of El Real de la Jara, a smaller cousin of the bigger one in the town (which I'd missed taking a picture of). The final approach to Monesterio has been messed up a bit by the new motorway and it would have made sense to stay on the N630. I draw the line at lifting the bike over a motorway style barrier. 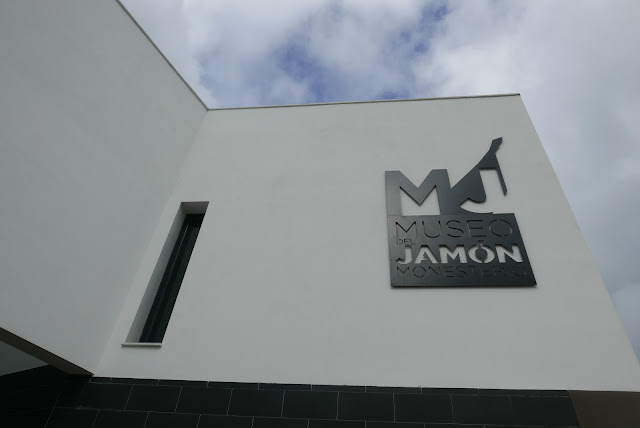 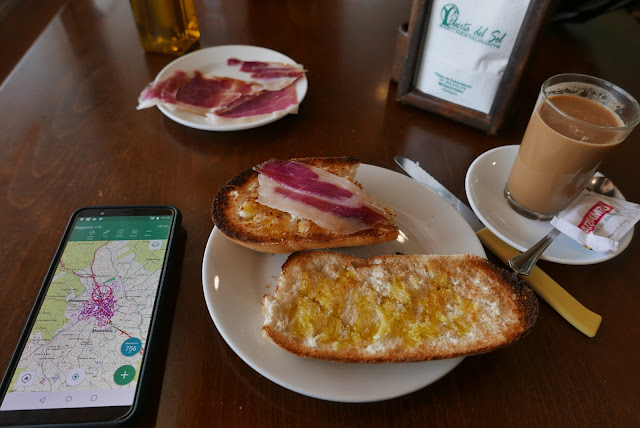 Monesterio is the Extremadura jamon capital, has its own jamon (ham) museum, so to celebrate I had jamon with my mid-morning coffee. 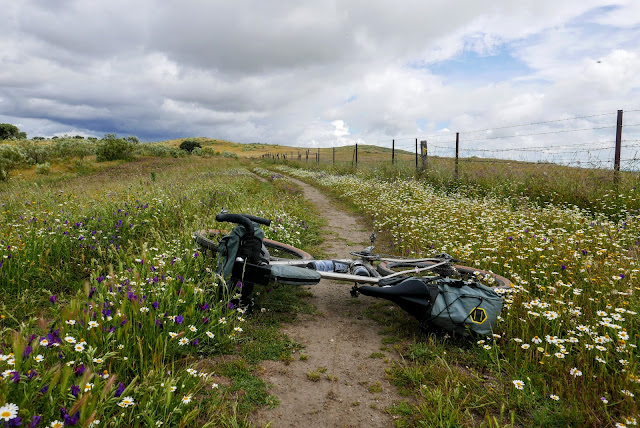 The next 20km, apart from a few gates in the middle, was perfect. Another fast green lane the character of which changed abruptly as the meadows and oak trees finished to be replaced by a wide open rolling arable landscape. The sky suddenly felt huge and the dark clouds on the horizon, one which had a distinct 'twister’ in it, looked ominous. 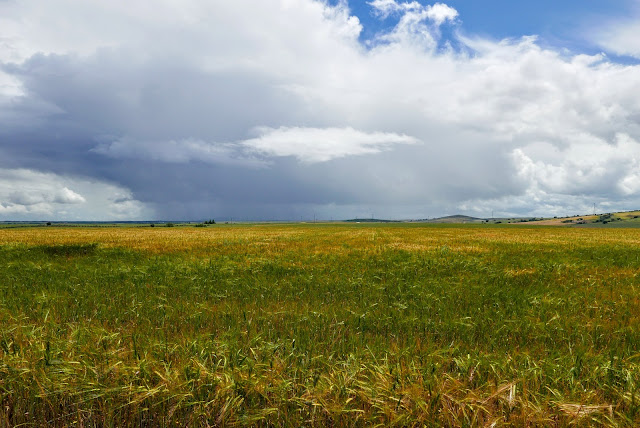 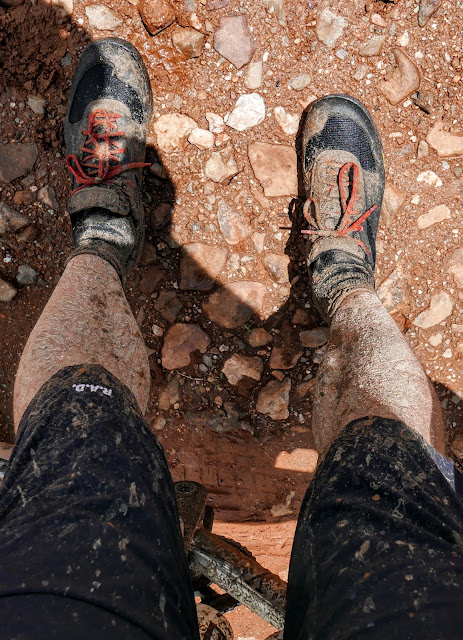 After an initial blast of hailstones, a more steady rain set in as I left Fuento de Cantos and after passing a particularly dense concentration of pig farms the route turned slimy. There was a brief respite as the route returned to the N630, but it was soon off-road again and although the rain had finished before I reached Zafra, the damage was done and the bike, the bike bags and me were covered in mud. 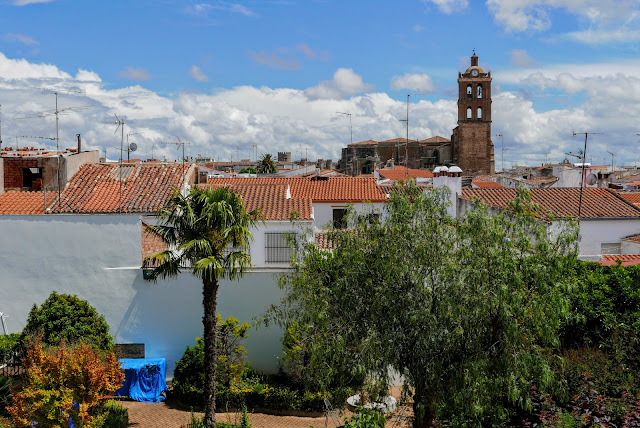 Postscript really. Zafra is a town in the Ruta Via de Plata Association and I was really well looked after. Yolanda took me round the town and then dropped me off for dinner English time (about 9) at a lovely local restaurant where I was treated to a sort of taster menu of regional delights. Zafra is a lovely place, very compact and intimate but with an abundance of interesting places to stay and eat and lots to see. After a brilliant tour and dinner, (thanks Yolanda for organising), the icing on the cake was the discovery that Juan, back at the hotel had cleaned my bike.