Day 17 Camino Sanabrés - back to Ourense

Hannah, my daughter and a mum to be, asked me the other day if I'm now a mountain biker. She’s a road cyclist, has been faithfully reading my blogs, and I think was worried that I'd gone over to the dark side. Well I haven't. I'm too old to be hauling my bike up steep mountain sides and not talented or brave enough to come flying down them. Cruising along flat grassy or gravely paths, through the middle of the countryside, now that's a different matter. I’m not sure what that is, mountain biking for softies perhaps, but there's been lots of it on this trip, and yes that's my stuff. 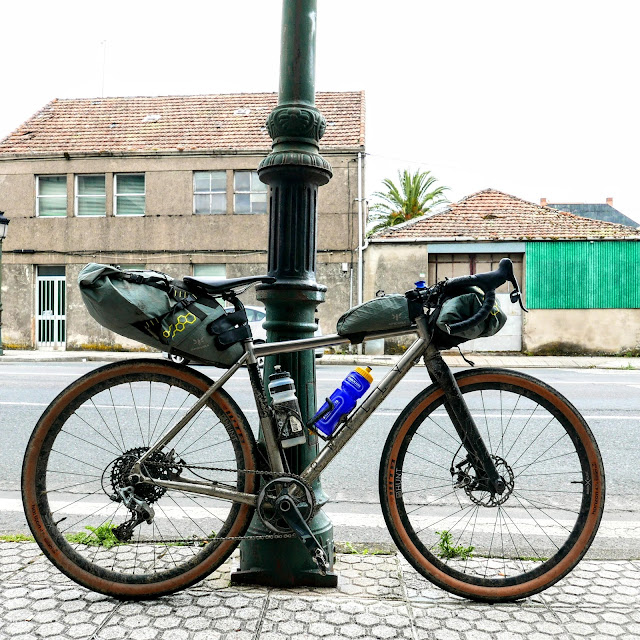 I'm a bit nervous about talking about my bike. I've got seven more days cycling to do from a total of 24, I’m not home yet so I don't want to jinx it, but so far it's been bang on the nail. Last year I cycled with 28mm Schwalbe Marathons, the go-to tyre of anyone who is touring and wants to avoid punctures. This year I've got Horizon 47mm on a 650B wheel, I don't think they are any heavier, are so much more comfortable, and don't feel slower on the road.


Today it was all about road cycling as I retrace my steps and head east and back to the main Ruta Vía de la Plata before head north to coast. It will take 4 days on-road to get back. When it comes to writing the guide I'll be able to describe the on-road and off-road options and enable cyclists to pick and mix.


Basically I did in a day what took 2 on the way out and I'm back in Ourense. Once I got out of Santiago del Compostela, found the 525, I could disappear into a world of my own and peddle. It was busier than I'd hoped at the beginning but 20km out and the roads were classic Spanish, basically empty with the occasional cars and lorries giving a wide berth. Overall I climbed about 2200m as I pulled myself over hills that separate Santiago del Compostela from Ourense. It was relaxing with nothing to worry about from a bike, traffic or navigation point of view.  Things to see and take pictures of, however, were few and far between.


The only pressure was trying to get as
far as possible before the rain came. The weather still has not settled down but hopefully it will tomorrow or the day after.


At about 20km from Ourense, I found myself heading downhill and cruised into town. I'm going to be paying for this long ascent tomorrow. 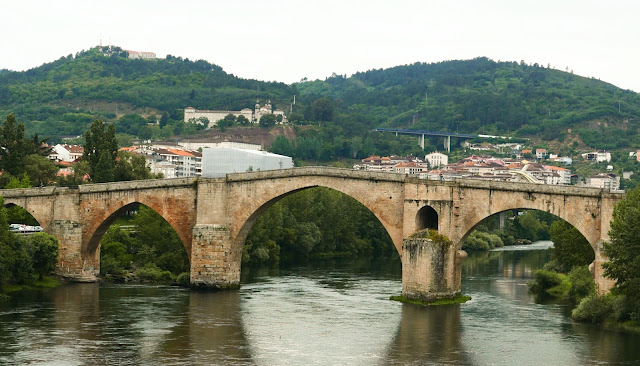 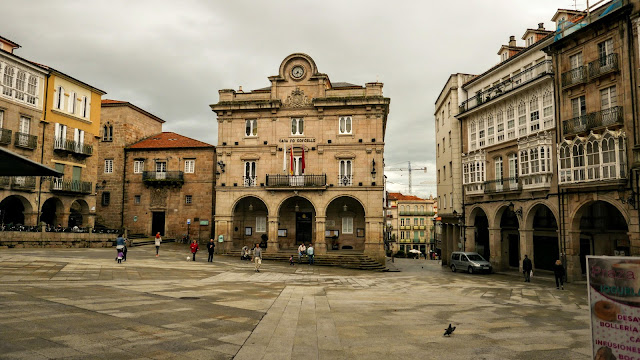 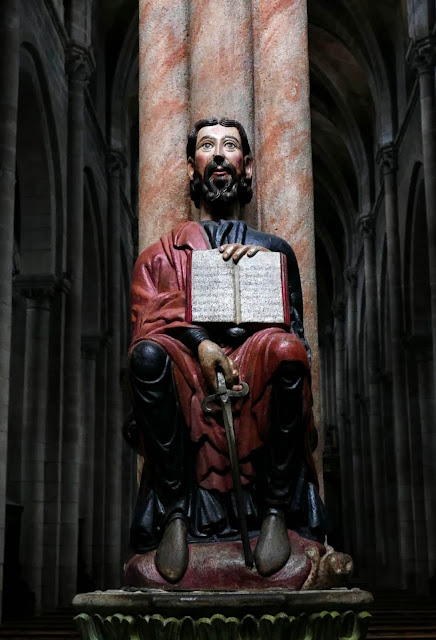 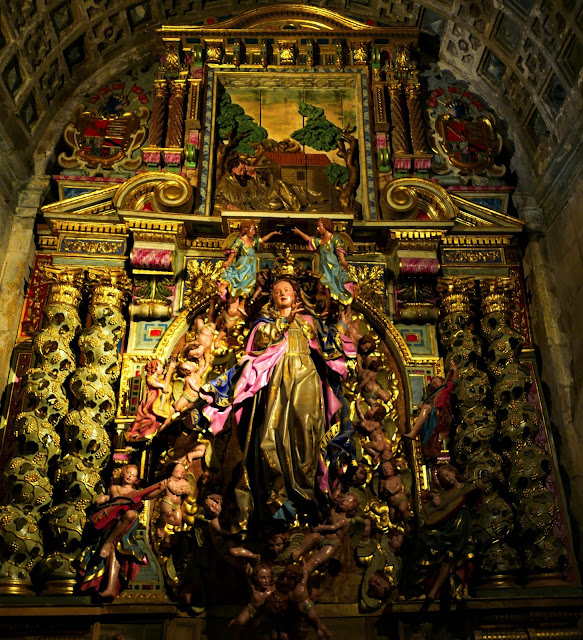 Despite the weather, walking around Ourense, even on a quiet Monday night, was very pleasant. I wandered down to the Puente Roman, which I've cycled over twice and is spectacular, had a beer in the the Praza Maior and looked around the cathedral. The cathedral is Romanesque and dark and sombre inside but it did have some spectacular wooden statues and alter pieces. The one thing I couldn't find was a hot spring. Ourense is a spa town and in one of the squares there is a fountain where the water, apparently, is seriously hot.
Posted by John Hayes at 8:56 PM