So I’ve made it to Gijón and after 25 days cycling and more than 4 weeks in Spain emotions are just a little mixed. It's been amazing, the cycling, challenging at times, has been much better than anticipated, but it's great to get here and I'm now looking forward to getting home and putting on clothes that are different and clean. 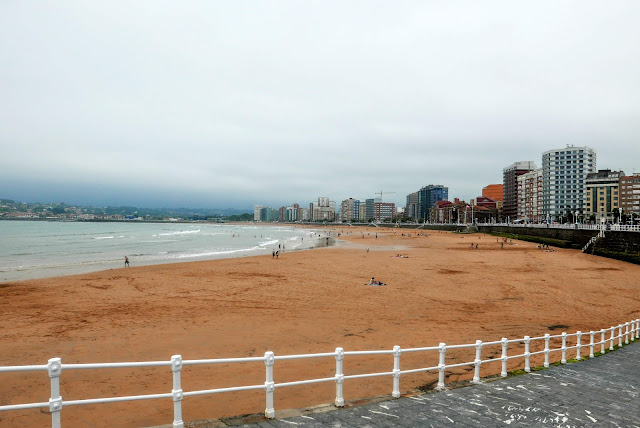 Gijón is on the coast and, as far north as you can go, is a good place to end the trip. It's an interesting city whose hinterland of heavy industry, much of which has seen better days, contrasts with a huge and stunning sandy beach. It's where holidaymakers from Madrid head to in August to enjoy the food and escape the heat of central Spain. 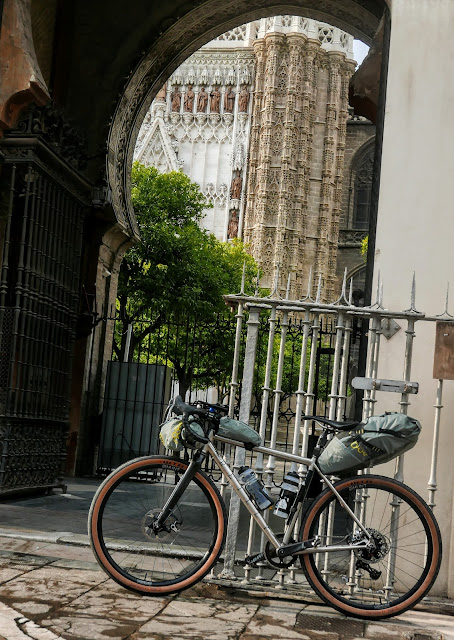 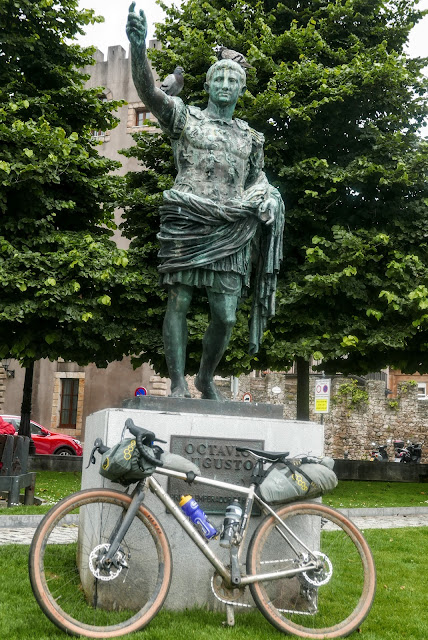 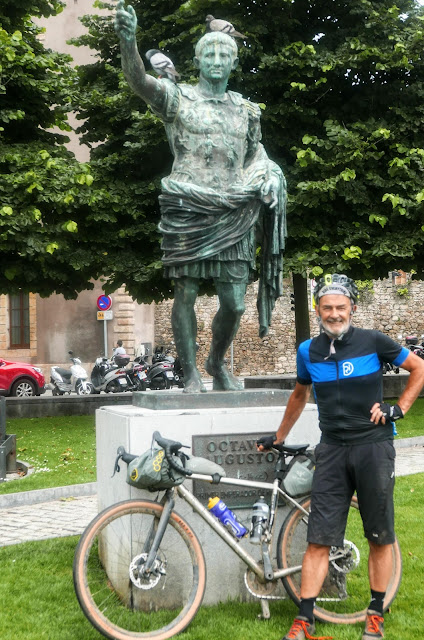 Looking for a picture to match the one I took outside the cathedral in Seville at the start of the trip four weeks ago I put my bike against a statue of Augustine. Within seconds an Australian woman rushed over volunteering to take a picture. She had arrived in the city yesterday having walked the Camino and as a fellow traveler was more than happy to share my moment.


There were no nasty surprises on the ride over from Oviedo, the opposite in fact, it was easier than expected. The route for the most part followed quiet country roads through a rolling countryside and if anything was faster than the road route I did last year. I wasn't in a rush but I was in Gijón by mid-day.


With time on my hands I decided I had to try a Sideria, one of the hundreds of bars, that specialise in cider drinking. Cider is the beverage of choice in Asturias and per capita they drink more cider here than anywhere else in the world. It is dispensed from a corked green bottle in a theatrical way that is apparently essential to the taste. The glass is held low in one hand and bottle high in the other and about an inch of cider poured into the glass. The glass is then passed to the drinker (the pourer is the professional) who, if he or she is loca,l will drink it immediately.  It's looks great fun but I can understand why the Asturian cider drinking technique hasn't gone global.


The finer points on cider drinking I learnt from Liliana who took me on an entertaining tour of the city centre. I finished my day having dinner with Luisa and Marta who work for the Ruta Vía de la Plata Association. It was a lovely evening and great to hear about how route has developed, with a range of different travellers, since the Association was established some 20 years ago. It’s nice to put faces to names (although my English difidance seemed to prevent me from organising a photograph) and it's going to be an enormous help to have people in Spain to share ideas with as the guide develops.