The Ruta Via de la Plata provides amazing examples of Spain's most important architectural styles. The unique contribution the Asturias makes, Oviedo especially, is the pre-Romanesque, buildings that pre-date the Romanesque style of architecture. It was able to do this because it was never captured by the Muslims who stayed to the south of the Cantabrian mountains. The independent Christian kingdom thrived, particularly when the remains of St James were discovered in 813, and there was enough money to build substantial churches. Oviedo was the capital of this kingdom. 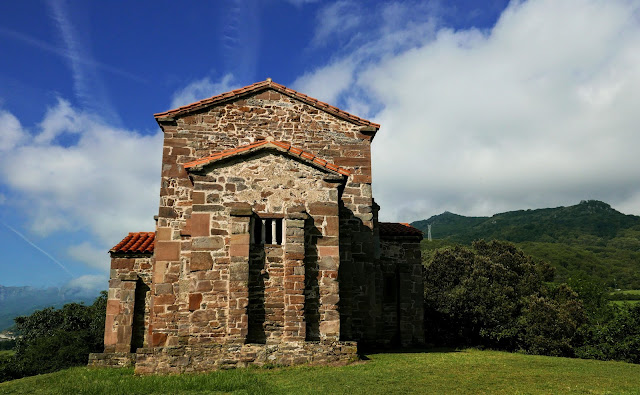 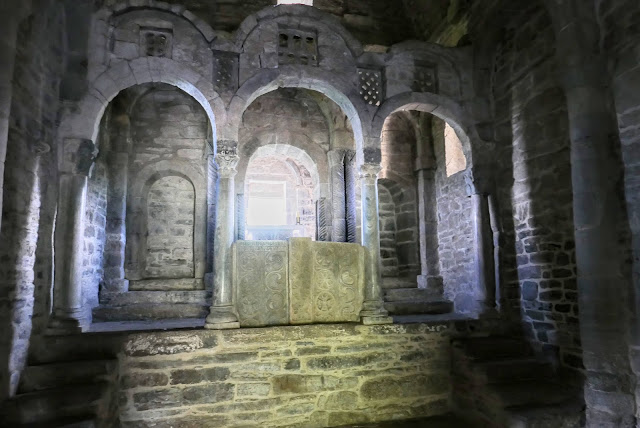 As it happened there was a particularly good example of a pre-Romanesque church a few kilometres to the south of Pola de Lena so I broke the habit of lifetime and set off in the wrong direction to see it and get some pictures. The Eglise de Santa Cristina was small but very beautiful. 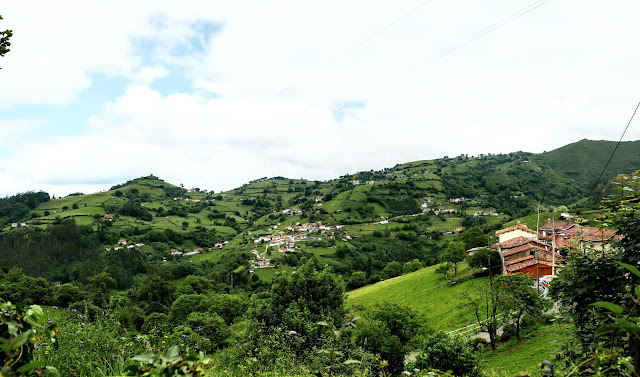 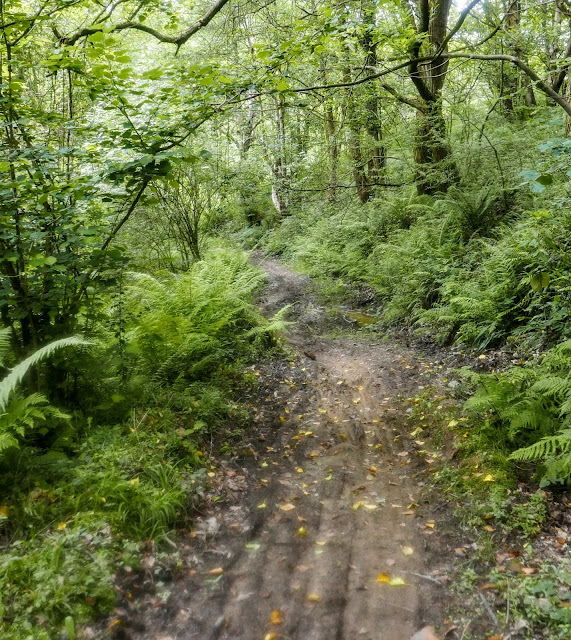 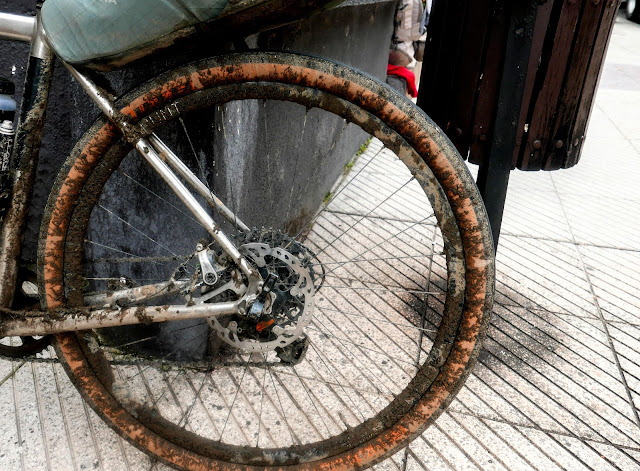 Taking a casual approach to the route and timings seemed fine because Oviedo was only 40 kms away but it turned out I was tempting fate. After a frankly ugly stretch of cycling along the valley, crossing at various points the river, motorway and railway, the route climbed into the hills on its east. I assumed there was a purpose to this and vaguely hoped for a visit to another pre-Romanesque church.  After climbing for about 30 mins and dropping into a pretty green valley I found myself on a horrible stretch of cycling. Single track, through dense trees it was frequently waterlogged. If I had the nerve to go a bit faster I might have done better but I didn't and it took forever and by the time I emerged from what turned out to be a visit to an abandoned coal mine, I was covered in mud. 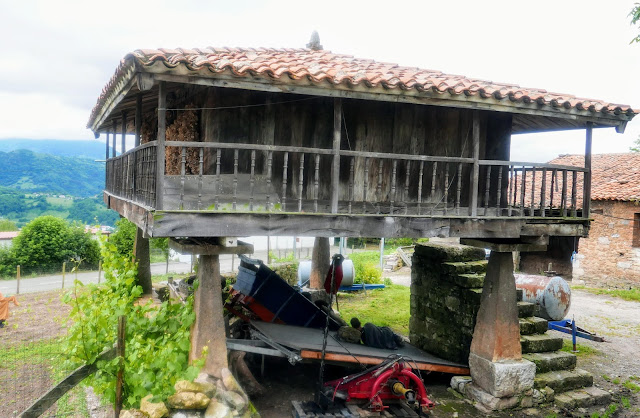 Crossing the main valley and climbing up the other side, Oviedo was now visible. Getting there however involved another nasty stretch of cycling, a narrow sunken lane lined cobbles much to big and uneven for me to cope with. I wasn't really able to get going until the final run into the city. That will teach me to take the route for granted. 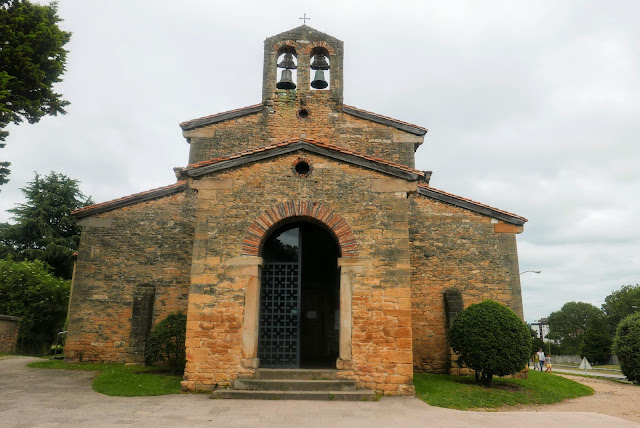 Oviedo is famously Woody Allen's favourite Spanish city and it features along with its pre-Romanesque architecture in the 2008 film Vicky Cristina Barcelona. There is a Woody Allen statue in one of the streets although given the challenges to his reputation recently not all locals are as keen on it as they were. Some of the best examples of pre-Romanesque churches are just outside the city but one, the Iglesia de San Julián de los Prados, is within walking distance and it features impressive murals some of which date back to the 8th Century. The Cathedral also has pre-Romanesque elements but these are surrounded by every other sort of cathedral style and difficult to appreciate.