I'm in my hotel in Béjar and totally wacked. I'm supposed to be going to the tourist office for a town tour briefing, but apologies to the Ruta Vía de Plata Association, I'm going to give it a miss. 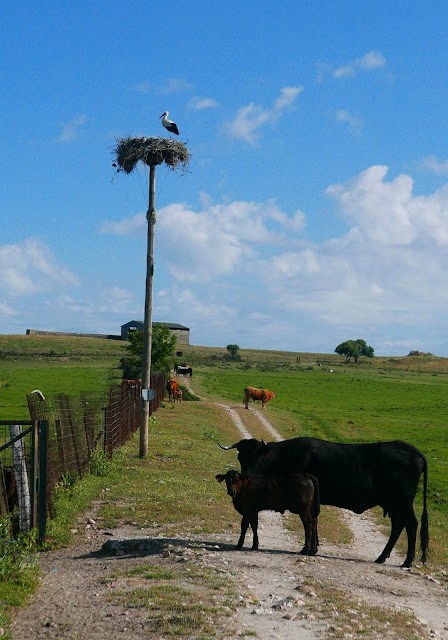 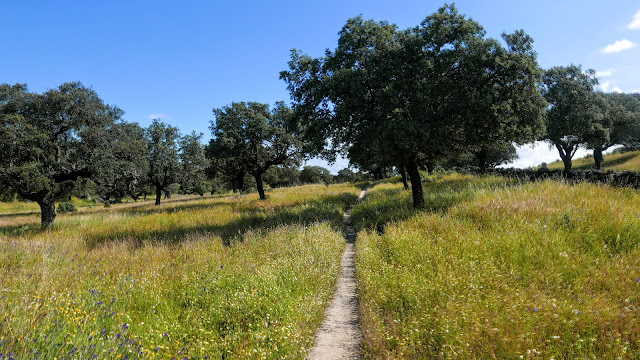 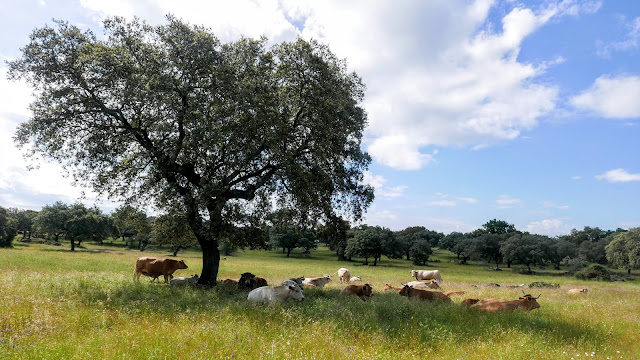 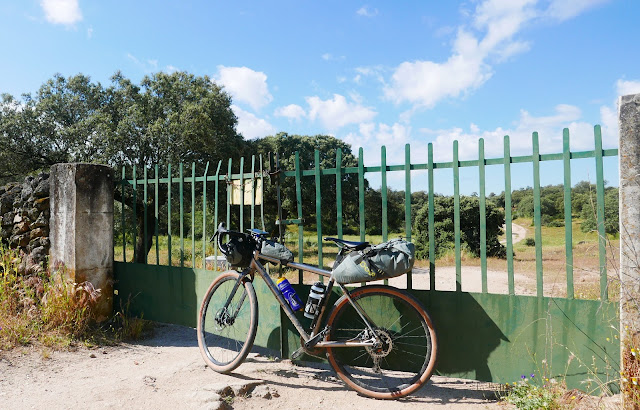 Today has been epic and the first half was some of the best cycling I've ever done. I know I keep going on about it but this dehesa landscape is stunning. From Carcaboso (about 8km from Plasencia) to Aldeanueva de Camino, a 40km stretch, was fabulous. It was a remote, slightly sandy soft trail with enough single track to make it exciting.  I was warned about the gates and there were a few but not enough to spoil it.


The stretch included what is probably the most iconic site on the whole route, the Roman arch at the ancient city of Cáparra. It might be a bit of a cliche but this is definitely a candidate guide cover pic. There was no one there to take a picture of me so it's just the bike. 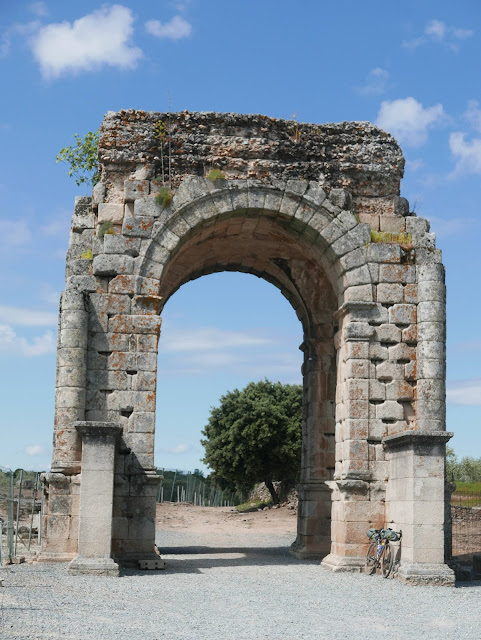 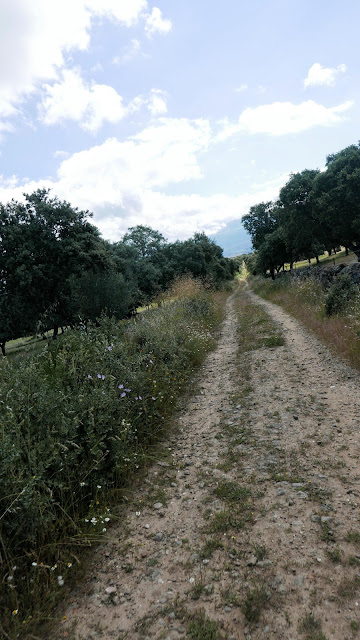 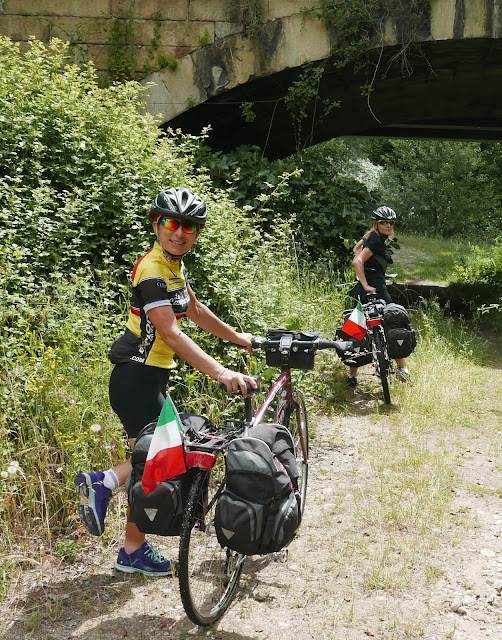 I fueled up at Aldeanueva de Camino and then set off to complete the last 25km. It turned out to be hard work accounting for much of the day's 1800m of ascent. It involved a steady climb up to Banos de Montemayor, a pretty spa town, a steep climb up to a 1000m pass and then a big descent before making a final climb up to Bejar. I messed things up a bit in Bejar trying to find the hotel which, given how hilly the town is, didn't help.


The interesting thing is that when Christine cycled with me from Plasencia to Béjar we arrived mid-afternoon. We even did a detour to see Hérvas, a beautiful town about 4km off the route. We half thought about bashing onto Salamanca. I didn't get here till 5-30. The road cycling route along the N630 is just so much faster than the off-road route.


What will hopefully make my guide special will be the combination of the off-road with the road. The off-road route becomes a lot better if you substitute the duff or inconvenient bits with the road route. When I got to the top of the pass I could have followed the N630 into Bejar without losing height. Instead my off road route took me down to the bottom of the valley, a long way below the town, and added at least 45 mins to the day. It's just a good job Christine's not with me, she would not have been pleased. 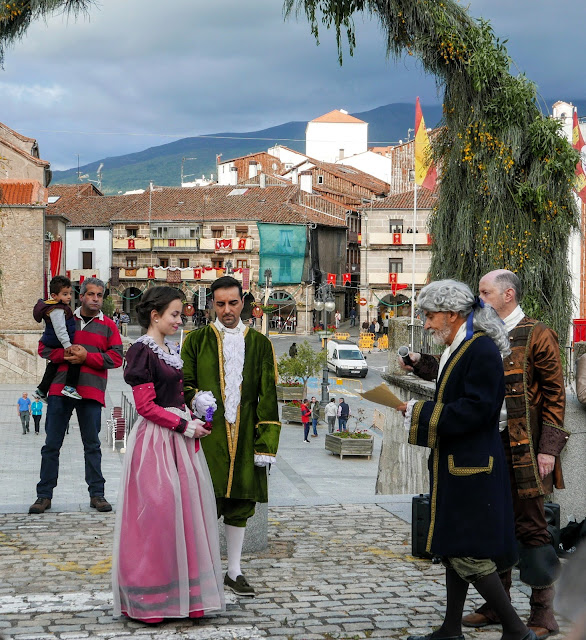 To be honest we thought Béjar was a bit of a dump. Last year it was wet and cold and felt empty and rundown. The main change in a year has been the weather. Although it's still a mountain town, with too much old property for its economy to sustain, it certainly doesn't feel dead. In fact on a Friday night it felt lively as the town prepared for some sort of festival. I have no idea what was going on but the buildings have been decorated and people were dressed up in medieval costumes. A young woman and a young man were given keys under an arch if that's a clue. In the background a man dressed as a hunchback was running around scaring children proving that 21st sensibilities have still to arrive in the Spanish mountains.