Frustrating day if I'm honest, now close to the Hungarian border but not quite in the place I wanted to be.

I had already decided that because I was going on the E4 to Budapest there was no real point in going to Neusiedler See. The E4 used to finish at Neusedler See and rather than changing all the signs the route still takes you there via Marzerkogel and then brings you back to same place before heading down to Landsee. I had thought about cutting the corner off altogether and heading for Landsee from Semmering but decided to stick to the route but turn south to Landsee from Marzerkogel. I had hoped to get to Landsee today but didn't make it.

Several things got in my way.

Firstly I was knackered after yesterday's walk. In addition I didn't get much sleep last night. The wonderful people at the Gasthof Oberger, who put me up and fed me at the last minute, were also hosting an enormous public meeting (farmers I think, all wearing checked shirts, very mid-west) and the last of them didn't leave until about 2.30. Not complaining though, had lost my hat and my hosts kindly found me another one this morning.

Secondly I got lost again. The signs have got a lot worse and it is impossible to find your way without a map. No where to get a map, this is not a walking area and newsagents and hotels don't carry them in the way they do in the walking areas. I  found my way to Hochwolkersdorf but missed the signs after that and ended up to the south of the route at Schwarzenbach.

Went to the Rathaus (town hall) consulted the map with the secretary and decided that the best thing to do was cut my losses on the northeast corner of the route and rejoin it as it heads south to Landsee 6 kilometres down the road at Kobersdorf. This shortened the route and gave me time to have a proper sit down lunch - under domestic pressure to eat more.

Thirdly the weather changed. An enormous thunder storm which had me sheltering in a garage for over an hour. All of a sudden I didn't have as much time as I thought.

Fourthly gasthofs in the lessor tourist areas seem to close in August. Arrived at Kobersdorf at 4 worried about weather and whether I should commit to another 90 minute walk to Landsee give the time and the rain. Checked out the in Kobersdorf and it was shut. Now Landsee is much smaller than Kobersdorf and I hadn't booked anything. Instead of pressing on I felt I had no choice but to head to Markt St Martin, very unpleasant walk along roads.

Will try and find a local walking map in the morning but the simplest option would be to go direct to Kozeg and join the E4 there. It's on the well marked (I think) Blue Route and I have the trail on my GPS. This, to be honest, feels like a bit of a cheat, but roaming around looking for non-existent signs is getting beyond a joke.

Not much else to report. Saw a man walking a two goats today, one was on a lead. Cows were in a nearby field and they became very aggressive. I think there might be a lesson here for friends who struggle with cattle. The first must be to avoid taking a goat with you when approaching cattle and the second is to avoid any perfume or other smells that remind cattle of goats. 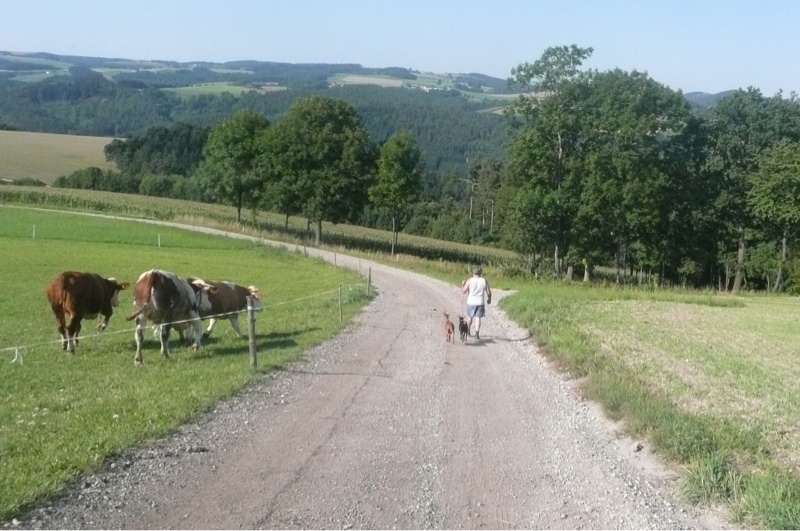 And also I have lightened my load by leaving my sticks on the side of a road ready to be recycled by a new user. They had seized up and there was no way of getting them home. Just hope the dogs aren't savage in Hungary or I might regret my decision. 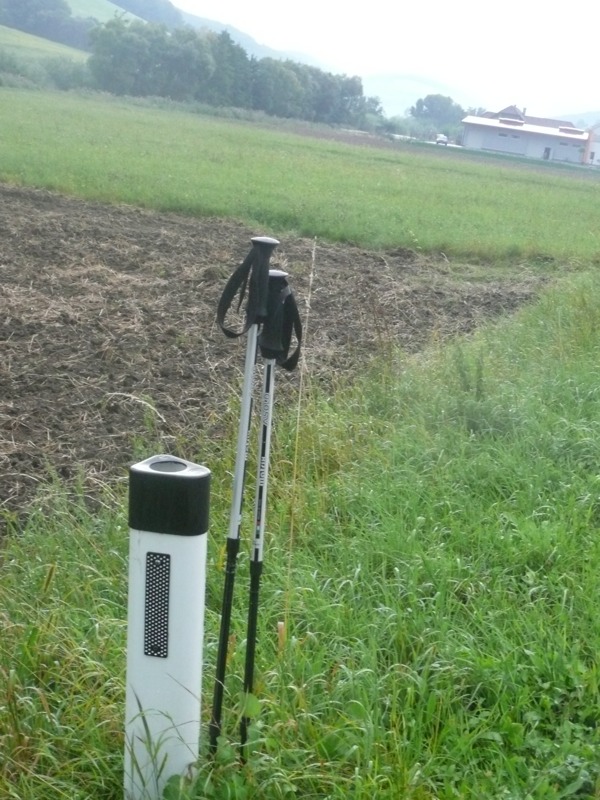