First full day on the Blue Trail and I've enjoyed it. Only complaint is that the kilometres seem longer here and despite a good and flat trail, it took me 9 hours of fast walking to do what my schedule says is 35 kilometres. I was starting to think I had somehow overshot Szeleste and was going to have to walk to Sarvar.


I'm not expecting any of the track to Budapest to be exactly mountainous but today's stretch is described as a plain so it's particularly flat. Most of it was through trees and along forest roads or trails but it was not as bad as it sounds. Although there a lot of conifers there are also plantations of oak and ash and to be honest, given the sun, it was perhaps better to be walking through trees than out in the open. Some of the trails were exceptionally long and straight, a whole walk stretching out in front of you. 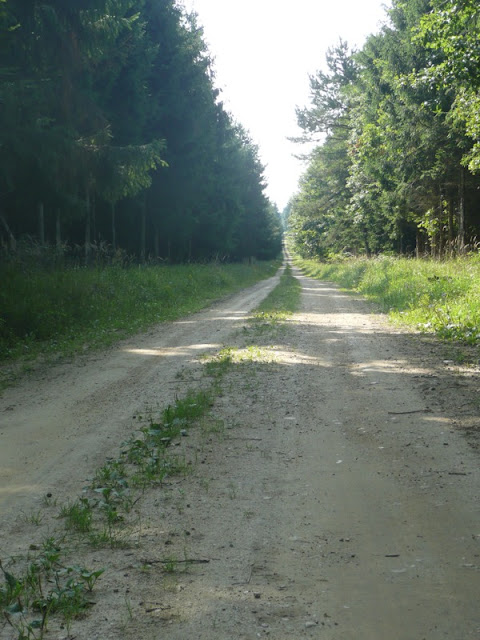 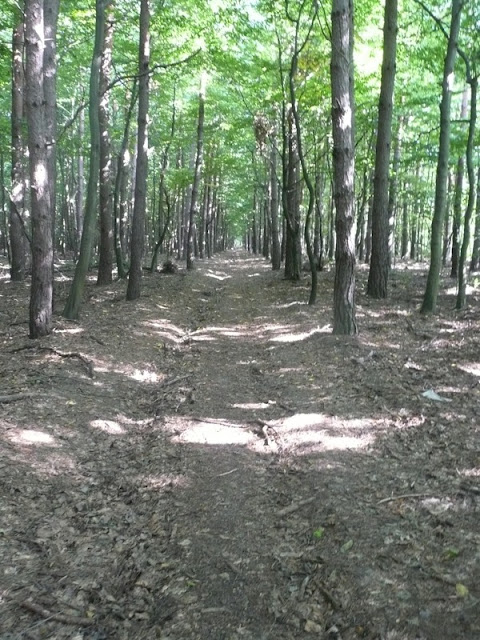 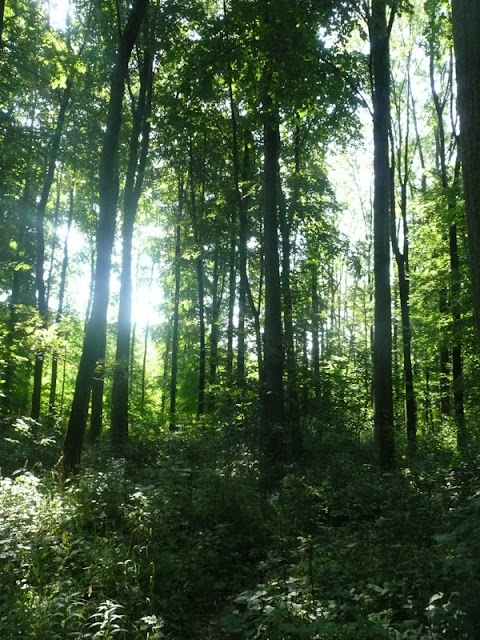 Should be careful not to draw any conclusions after just a day but the countryside does seem completely different to anything I have walked through before. Everything I saw today, from the plantations to the fields, was on a massive scale. The wheat has all been harvested and the only thing left are huge fields of maze. At Szelestei there were five huge combine harvesters all lined up, machines which can eat up thousands of acres without so much as a blink. Farming over the border in Austria was on a cottage garden scale in comparison.

Maybe this is a legacy of collectivisation and then privatisation or maybe it's just a feature of this part of Hungary. Only went through one village other than Szeleste (which may qualify as a small town) and again there is little of the rural gentrification you get in other parts of Europe, or indeed the sense of prosperity you get from family farms. If this is right than some of facilities you take for granted in other countries, the bars, the Auberges and farm providing accommodation may turn out to be short supply here.

Anyway have found somewhere nice to stay tonight. It's a hotel converted from what claims to be a castle although it has very few castle features and seems more like Victorian gothic to me.

Based on just two meals the food has perhaps improved since Austria. Maybe it's just coming down from the mountains but there seems to be a bigger choice and it's definitely better value.
PS

Many thanks for the two recent sponsors - Steve (Dale) that was very generous, will buy you a beer when I get back, particularly looking forward to some decent beer.