Getting so close to the end of the walk is making things harder. When it was months or weeks away it didn't seem worth thinking about the end but now it's so close it's all I can think about. Everyday feels like an obstacle to be overcome and set backs are like slipping back down a mountain.

Given my navigational track record loosing the trail just south of Sumeg this morning should have been a minor issue but I got pretty close to chucking my rucksack on the floor and just giving up. Had left Sumeg really early (plenty of food but no coffee), and followed the signs out of town. After about 2 kilometres the track left the road and went into some scrubby countryside. The trail on my GPS split from the markings on the ground and then the markings on the ground disappeared. Followed various trails, but no signs, just heaps of dumped televisions and other rubbish, and yes a fox. Stared at each other for a few seconds but he wasn't going to tell me the way.

Went back to the main road and its thundering lorries and followed the road hoping that I would come across the trail later. The gap between the route on my GPS and my current position just got wider and after a couple of kilometres I gave up on the road and went cross country through the forest. It wasn't too bad, the huge beech trees have such a dense canopy that there is nothing growing underneath and it's easy to cut a straight line. Pine forests are impenetrable by comparison. 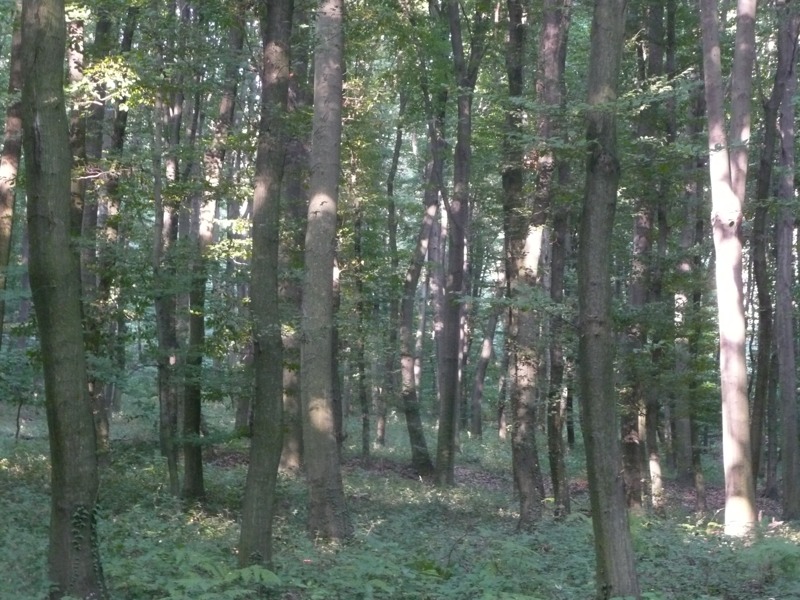 After about a kilometre, and right in the forest, I had to cross a railway line. If it hadn't been so sunny it would have been the perfect location for Strelnikov's train from Dr Zhivago.

After another kilometre I was back on the trail but still resentful that I had got up so early and then lost time. I was in trees, in the shade, but it still felt very hot. For company little flies were buzzing around my head and if you ignored them they attempted to find a spot for themselves in your eye.

Very similar trail to the last few days but instead of level it was now undulating, even hilly. 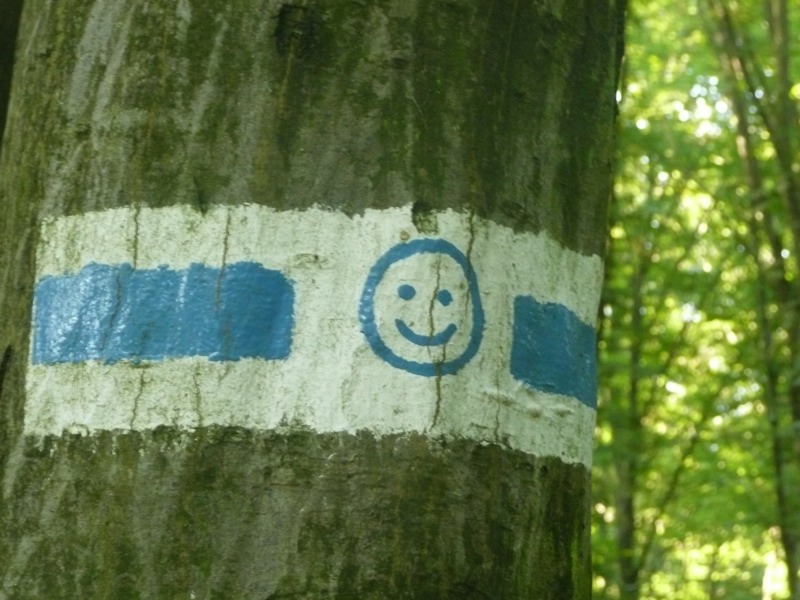 Got directed to a Buddist's temple, an option I declined, and eventually left the trees and came out of the forest at about 12 at the village of Zalaszanto. It was stunningly hot and I worked out that I had been walking for nearly six hours and was still barely half way.

Went to the village shop and bought two magnums (they are smaller here than in the UK - mini magnums!) and a bottle of Sprite. Sat in the shade near a bus stop and fought with the "why don't you get on the bus" devil and won (only just) and was rewarded by a three kilometre walk along the side of the road with more thundering lorries.

After that it actually got easier and by 3.45 I was going through the resort town of Neviz and only 4 kilometres from Keszthely. Had done a lot of walking on roads already and although the final run into Keszthely was on a cycle track, it was a hard surface and by the time I finished at about 4.45 my feet felt like they had melted. 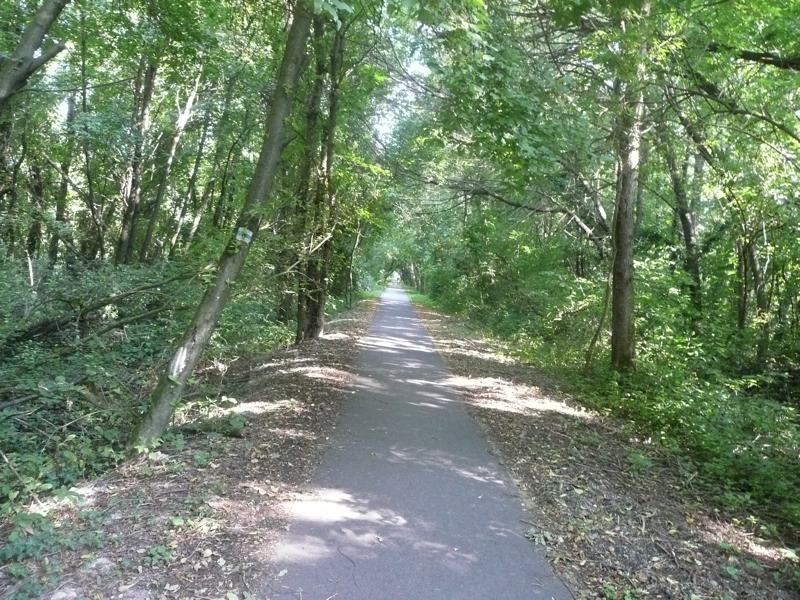 Tomorrow at least is shorter again, 27 kilometres rather than today's 43. It is however the start of some really serious meanders as I head inland away from Lake Balaton (haven't seen it yet) before coming back to the Lake the next day. I may go nuts before I get to Budapest.