It was bitterly cold as I walked into Lagran to post the refuge key in the Council letterbox. I'd breakfasted on cupcakes which Aritz had left me last night but what I needed was my usual shot of caffeine. My back was as stiff as a board and the wind meant it was taking forever to warm up.
My mood wasn't improved when I got to town; where was that letterbox? Aritz showed me last night but everything looked different in the daylight. At 8 o'clock there was no one about to ask. Eventually I remembered it was through the arch next to the exhibition centre, the only arch in Lagran. 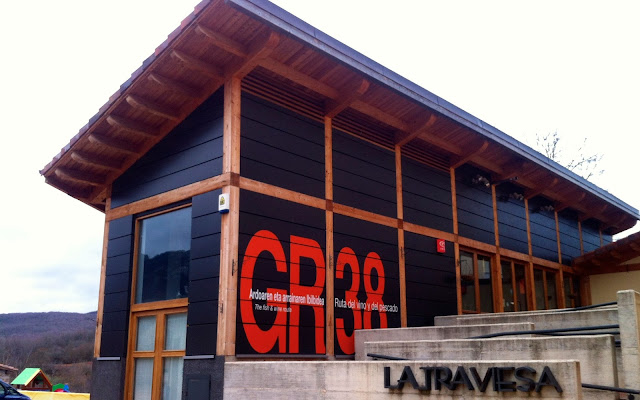 The exhibition centre is a lovely new building but just a little strange. It was built to celebrate the GR38 - known as the fish and wine route and the other route running through Lagran - but at a cost more than 500,000 euros it's hard to see how it will ever make sense. At the moment there isn't money to pay people to actually run it and it's rarely open. 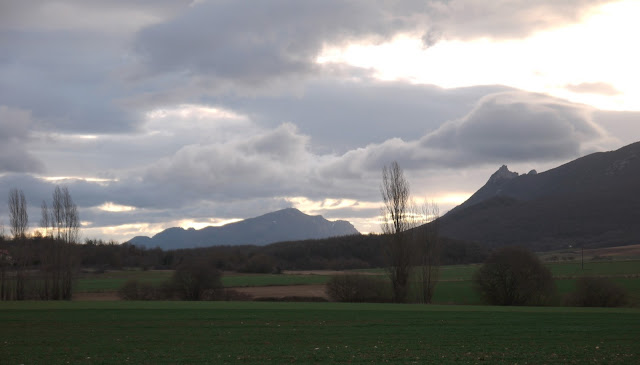 Desperate to escape the wind I headed across the open fields towards the beech trees and to the point where I left the GR1 last night. It was blowing a gale and with the noise in the trees you could have been standing next to a busy motorway. 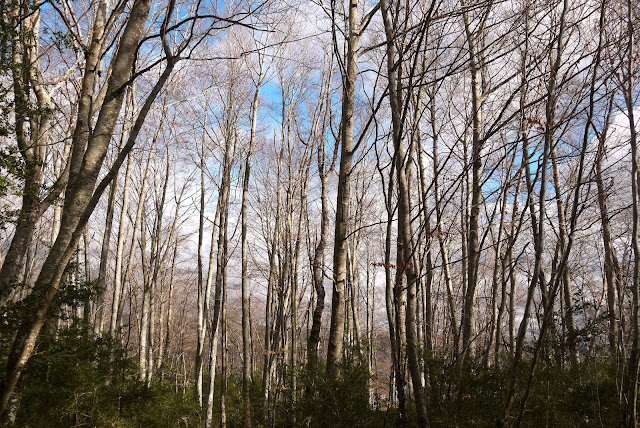 And then it went quiet, the wind dropped, patches of blue opened up in the sky, and in a few seconds winter had given way to spring. From focusing on the possibility of a branch dropping on my head I started to give some attention to the information boards which I think, in Spanish and Basque, were describing how the forest around here was exploited to produce charcoal which, I guess, was used for the iron industry in Bilbao. 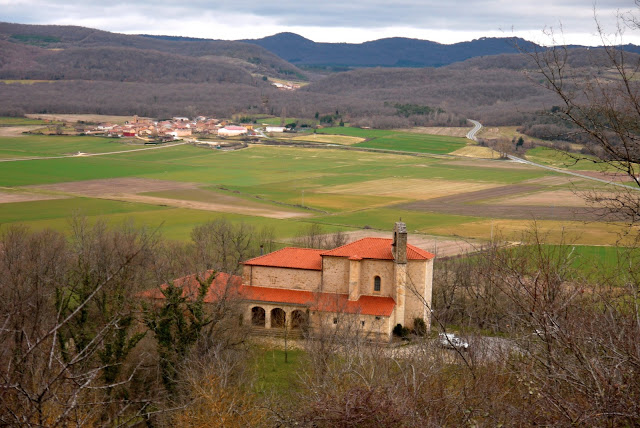 After a couple of hours or so of walking through the trees, high up on the flank of a mountain ridge with occasional views north to the villages of Villaverde and Villafria, I dropped down into the much larger village of Bernedo. Near the church was a bar, an ideal spot for coffee, toast and rehumanisation. 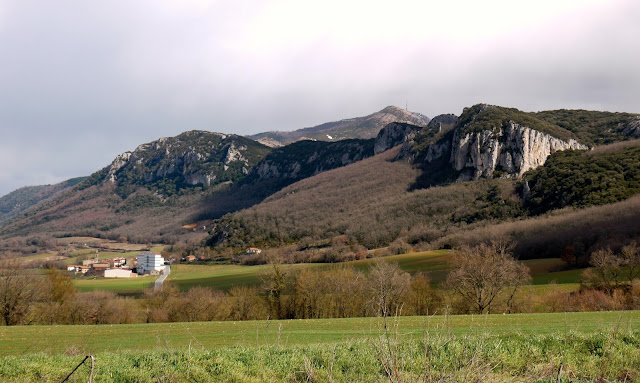 The trail to the next village, Angostina, took me through a passageway of evergreen oak, the classic Mediterranean upland tree, a tree I became very familiar with on the E4, and along the edge of a deep gorge. Angostina itself was topped with a huge high sided windowless Romanesque church. 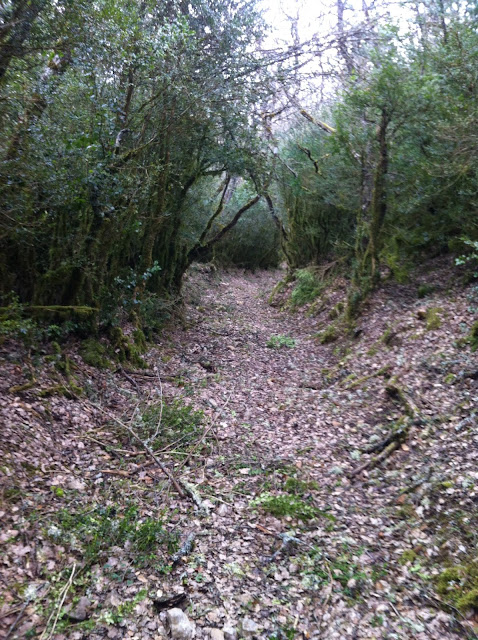 There are two GR1 routes from Angostina to Santa Cruz de Campezo, a meandering one and a more direct one. I didn't want another huge day so headed along a route which crossed and then took me along the side of a wide open valley. Bigger views again and weather which alternated spring like between sun and heavy showers. The trail on the last stretch had been churned up by tractors and I managed to slip at one point getting soaked just before finishing the walk. 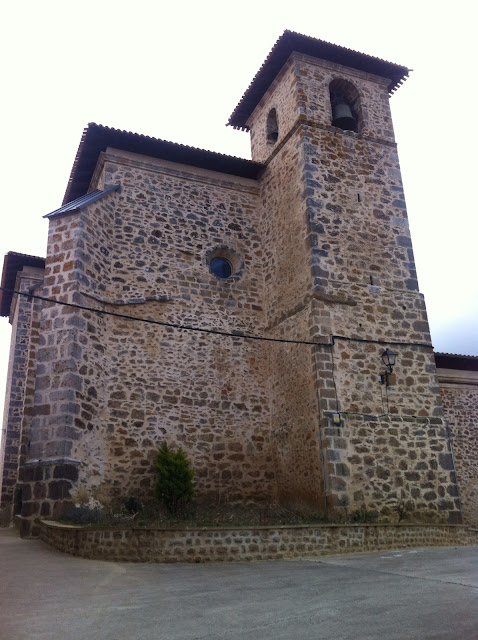 Santa Cruz de Campezo is a small town with all facilities and I got to know it really well as I searched for the Inbernalo Casa Rural. Someone gave me instructions which I nearly understood but I just didn't want to believe the implications - a 2 kilometre march out of town to a church on top of a hill. Anyway that's where I ended up, at a casa rural which is attached to a sanctuary. Very nice although I declined the offer of prayers which may have been a mistake given the predictions of snow over the next few days.

If you want to see where I have been then go to this link or you can track progress by going
here
- Posted using BlogPress from my iPhone
Posted by John Hayes at 9:03 PM