Today I wasn't expecting a great deal. The weather forecast had been terrible and from the initial look out of the window it looked right. 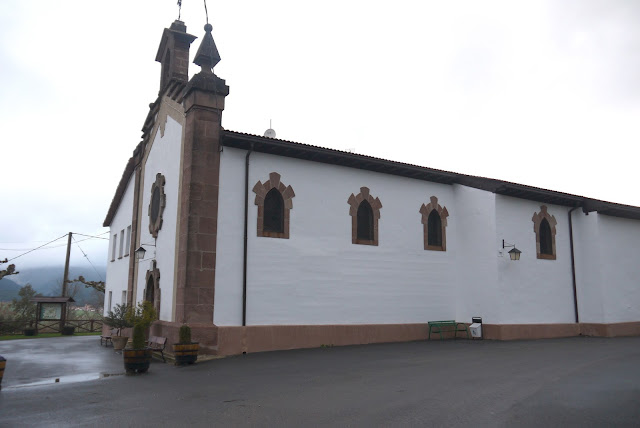 After a help yourself breakfast, leave your key in the letterbox departure, I was out the door, hood up, defying the rain and on my way by 8.30.

I had been looking forward to today - the route went up to 1200 metres, took you along a ridge and promised some great views - just my luck, another day on top of a mountain in the mist. If you followed my trip along the E4 you'll know that this has happened before.

The side of the mountain was covered in same evergreen oaks I had seen yesterday although a lot bigger and I guess older. After 30 minutes or so it was raining heavily which meant a miserable climb up a steep path in waterproofs.

90 minutes later and I was on the top but I still couldn't see more 5 metres ahead of me. The trail was hard to follow and at one point I lost it completely. To make matters worse the rain had turned to snow.

Crossing the moor on top of the mountain the route took me down between two huge rocks. The trail was full of snow and looked steep and treacherous. I wasn't enjoying myself. 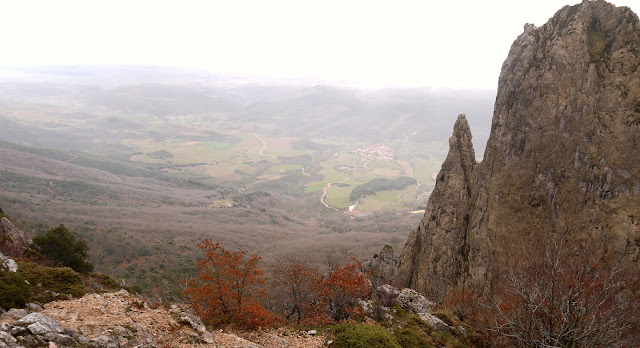 Within the space of a minute everything changed. As I was feeling my way along the sun came out and suddenly I could see what I was doing. Instead of five metres visibility I could now see right across Navarre. The scenery was amazing, to my left and right, huge vertical cliffs and ahead of me, "as far as the eye could see" a classic view across the Spanish plain. 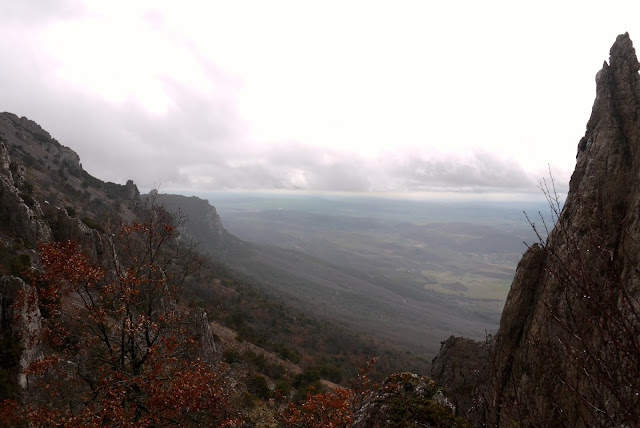 But that wasn't today's only surprise. Picking my way down the mountain, and stopping every twenty metres or so to take a picture, I heard voices approaching from the other direction. It was a couple of Spanish walkers, they stopped and wanted to chat and it turned out that they knew who I was, had read my blog, worked out where I would be and set off in the opposite direction to meet me. What a lovely surprise. 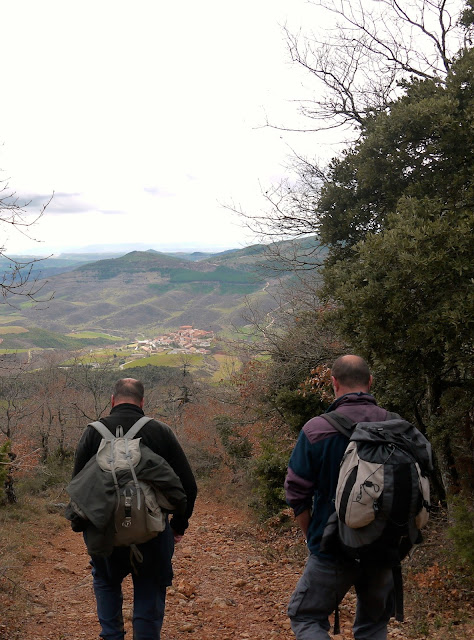 Juan and Tate seemed to have walked everywhere in northern Spain. Tate had been on a number of long distance trails with his donkey and Juan had an encyclopaedic knowledge of English travel writers. It was great to meet them, drink some wine from a Porron, and share their lunch at the Ermita de Codes. 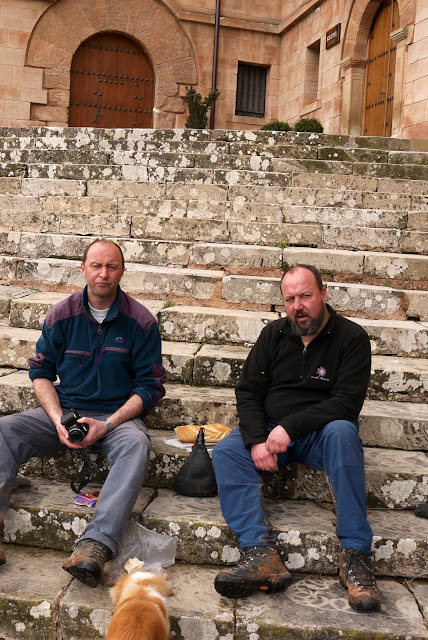 Leaving Juan and Tate I headed east along the road and into Navarre. After days of walking in the Basque Country, and before that Castille and Leon, I was now in another region and one which didn't acknowledge the GR1, the way marks had all but disappeared. 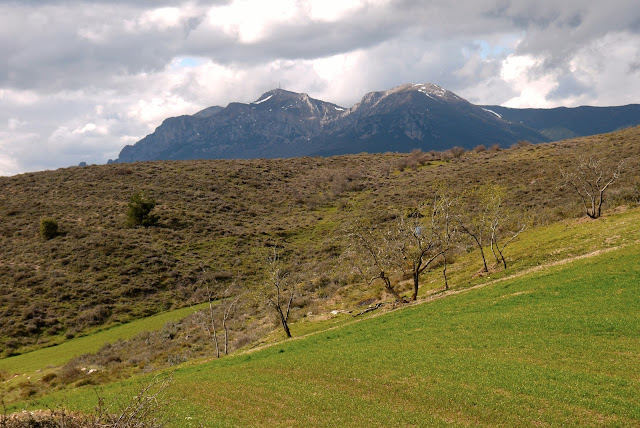 The countryside was also completely different. Having dropped 400 metres down from the mountains I was now on the Navarre plain, huge wide and empty. To someone used to the wheat fields of the east of England it's a strange mix. Rather than a flat expanse, the plain here is corrugated with low meandering ridges covered in mediterranean shrubs (occasionally grazed with a shepherd attended flock of sheep) with wheat grown in the spaces between. It's also very empty and there were non of the the little villages I'd got used to. I didn't see a single settlement for 15 kms on the way to Los Arcos. 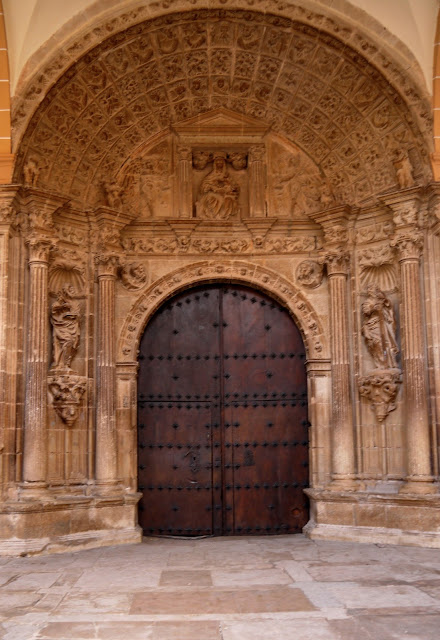 The Camino de Santiago comes through Los Arcos and I had a drink in a bar full of walkers from different countries heading west. I struggle with the St James Way, compared to what I'm doing I'm told the walking is poor. I'm definitely not religious, but I do like the idea of a multi-national community trudging along a trail together. It also means that in Los Arcos you don't have to wait to 9 o'clock to get something to eat - here they serve food on pilgrim time.

I had my dinner in a bar full of women having a Tupperware party, very noisy and great fun. The attractions of the Tupperware were competing with those of a couple of babies and in Spain, in particular, that is a competition where there can only be one winner.

- Posted using BlogPress from my iPhone
Posted by John Hayes at 3:37 AM