This is the 7th day and for the first time I have had to get my waterproofs out. The weather was dull in the morning but started to rain by lunchtime and in the afternoon there was a full-blown thunderstorm. At least today was a short one, just 27 kilometres, and would have been shorter still if I hadn't taken a couple of detours, one voluntary and one involuntary.

Bad weather makes for bad pictures. Not only is the light bad, but everything is hidden away to avoid the wet. I've got two cameras, one on my iPhone, which I use for this daily blog, and a bigger Panasonic GR3, which I use to update everything when I get home. The Panasonic goes into deep store in the rain. Today's pictures are particularly poor.

The walk can be broken down into three parts: a fairly dull walk through a pine forest; crossing the valley created by the River Jerea; and the climb over the pass at Puerto de la Horca and descent down into Boveda.


Given the dull weather I was more than happy to accept Guillermo's offer of lift back to the GR1 at Paresotas, and after a small false start was on the trail again. The trees changed towards the end of yesterday's walk from oak to pine, maritime pine I think, which are native to the western Mediterranean, and with their orange bark are very attractive. 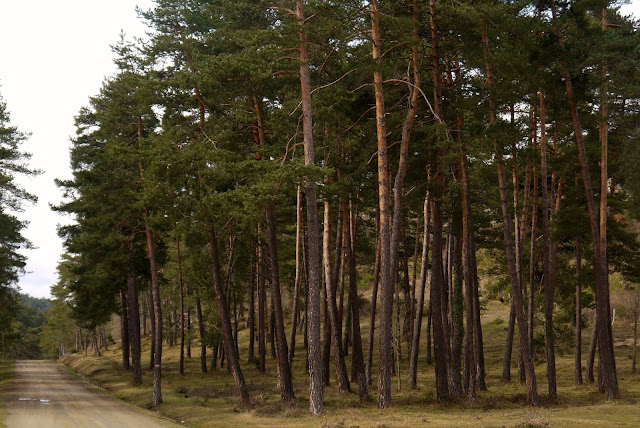 The route meanders its way through the forest to Perex de Losa (there is a more direct route on GR186) and for company I met, separately, a herd of cows and a mixed flock of sheep and goats. Interestingly, after yesterday's observation that flocks tend to have shepherds, this one didn't although it was marching purposely through the forest with a big billy goat at the front and a dog at the back. 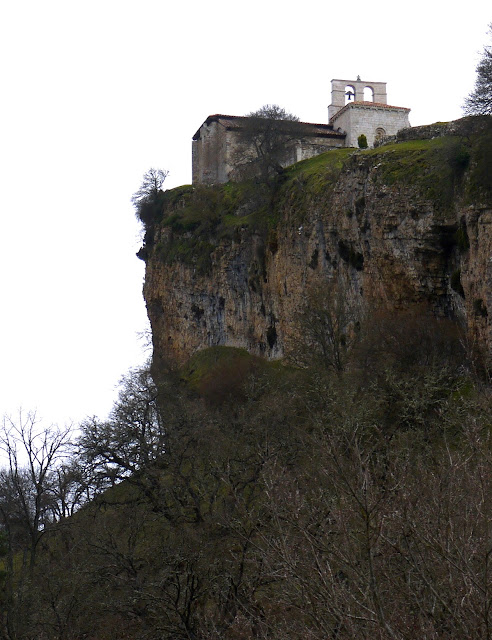 Definitely the highlight of the walk was deeply incised valley created by the River Jerea. An ancient meander has cut it's way down and left a small island of limestone which sticks out like some old tooth. On top of the old tooth sits the little church of Burgos Losa San Pantaleon, one of the three potential locations for the holy grail when it was in Northern Spain. It's a lovely building, all arches and Romanesque pillars and dates back to the early 12th century. 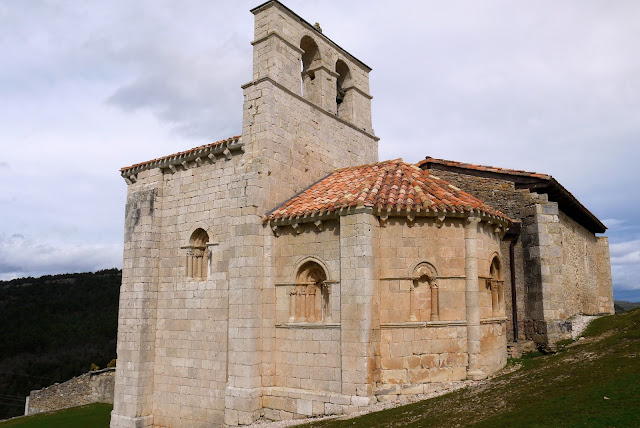 It felt like a long climb out of the valley and for some reason the quality of the way marking declined and I followed a local route which took me in the wrong direction. The heaven's opened up as I crossed over the pass just as I was listening to part of a narration of Moby Dick which related to a typhoon. As the lightening crashed around me I wasn't sure whether I was on a walk or on the ocean. 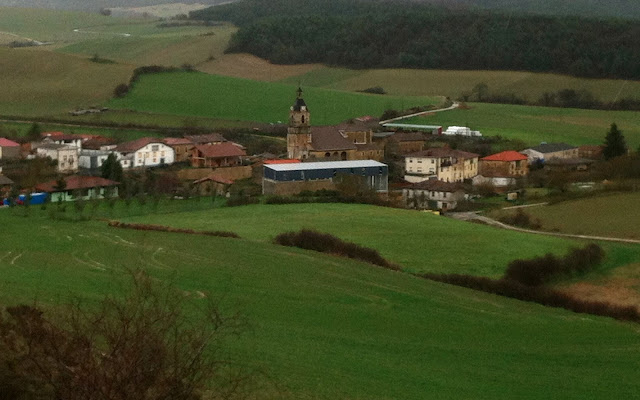 The way marks were very clear as I walked in Boveda but I'm pretty sure, now, that I was on a variant. I pursued this pattern of choosing the wrong alternative by going to the wrong casa rural. Apologies to Charo who I think I spoke to on the phone but whose casa rural I couldn't find. I turned up at the only one I could see, everyone was very nice (although it turns out slightly surprised to see me), and I got settled in only to discover from Juan that Charo was still waiting for me. What an idiot I am, I shouldn't be let out! 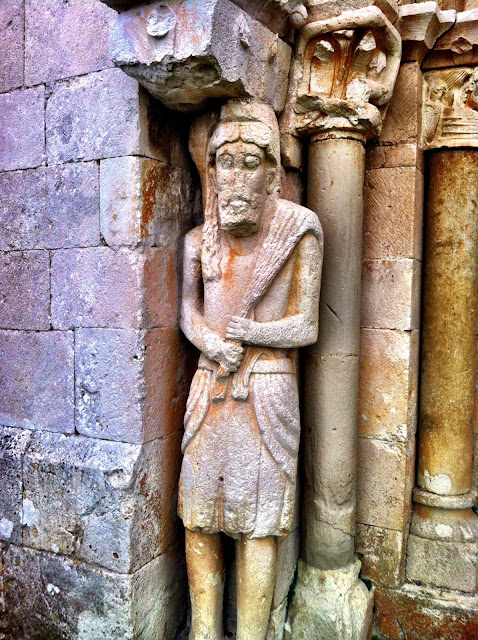 Someone was in touch the other day complaining that I was glorifying the Spanish habit of eating horse. Not sure if I was although I guess I could be strung up by some people for being neutral on the matter. It now turns out that the delicacy I was eating in Leon was not horse at all but smoked beef - all goes to show, if we didn't know by now, that the English can't tell the difference.

If you're interested to see where I have been today than go to the following link
- Posted using BlogPress from my iPhone
Posted by John Hayes at 8:42 PM