Despite being in the wrong casa rural last night I had a very pleasant evening. A Mexican construction worker took his evening meals there and he spoke excellent English, we ate together with the owner, and with the Mexican as translator, had a really interesting conversation. Lot of talk about "the crisis", local wild life and a breed of small tough black horses which are unique to the area. Late dinner though so of course I didn't sleep very well.

30 kilometres today which is my ideal length, particularly on this sort of going. It involves around 8 hours walking which means when I arrive at the destination I have at least an hour to wander around aimlessly trying to find where it is I'm supposed to be staying.

Today's walk was a good one, fine scenery and lots to see. The landscape, with its huge limestone cliffs is a gentler version of the Vercors. 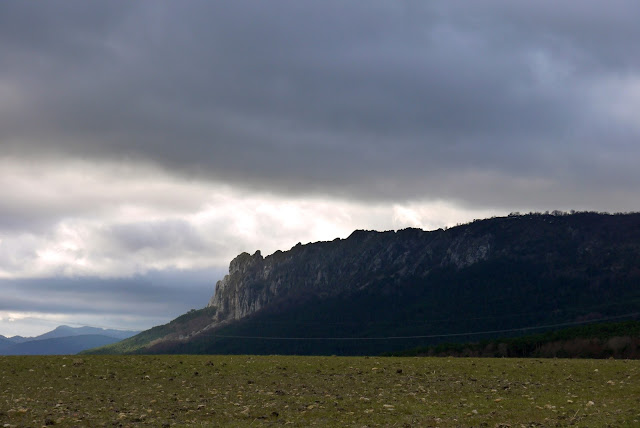 For the first couple of hours it was gloomy, threatening grey clouds but never quite mustering the anger to deliver a soaking. Apart from the clouds the dominant feature was the Sierra de Boveda, a great long cliff towards the west stretching north/south for miles. The route takes you across the valley almost to base of the cliff and then after a while retreats back to the other side so you can have another look at it from the distance. 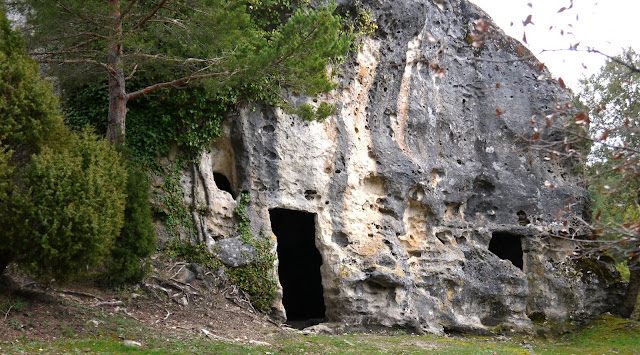 Near Corro I followed a side path to the "Cuvea del Moro" - the Cave of the Dead. A limestone rock had been carved into like something from the Flintstones, two doors and little windows. Inside, in the floor, were the shapes of coffins. The space allowed was very small which I guess either shows how tiny everyone used to be or how hard the work of chiseling solid rock is with primitive tools. 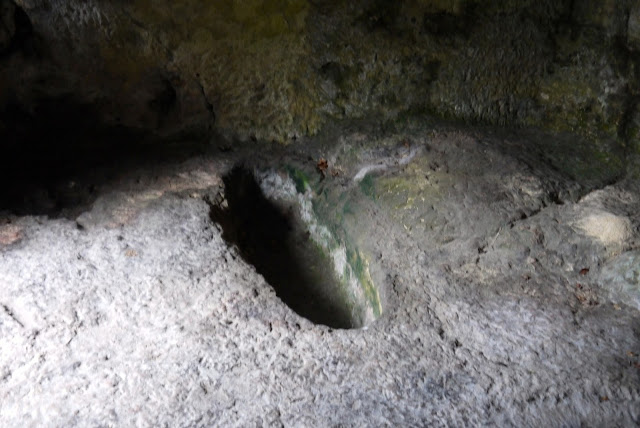 Eventually the route takes you up past the pretty village of Pineda, over a pass and, after one last look at the cliffs along the Sierra de Boveda, into a lovely pine forest in the next valley. 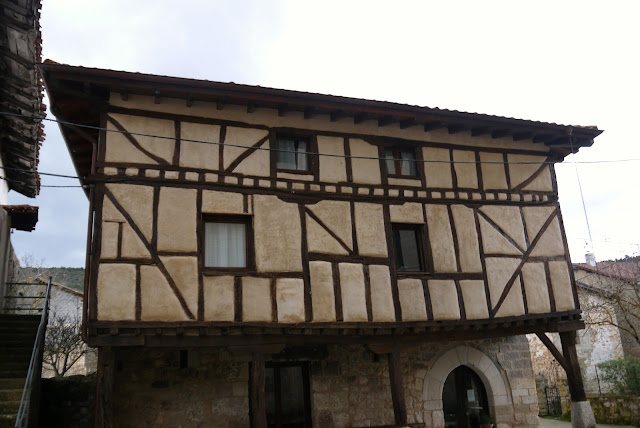 It's quite a tight valley and squeezed into the bottom is the village of Valpuesta. There is a large church, the Colegiata de Santa Maria, a defensive tower and a series a carefully restored timber framed buildings. The timber frame buildings look particularly interesting and different to anything else I've seen on the route so far. There was even a timbered element to the church. 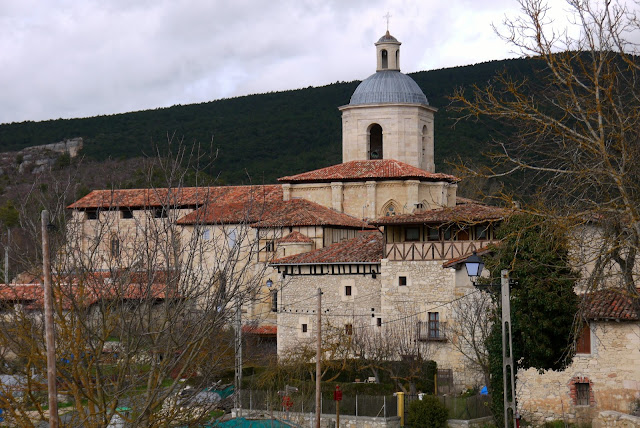 Best of all, Valpuesta had restaurant with a bar. I guess the one disappointment so far on the trip is that very few of the villages have a bar, the local population is so diminished that there isn't enough people to keep them going.

After the less interesting town of Villaneuva de Valdegovia the limestone cliffs seem to have shrunk, the valley opens up and the views become much longer. There are snow topped mountains in the distance to both the west and the south and in the foreground showers and patches of sunlight are chasing each other across the valley.

After another pretty village, Villamaderna, featuring those same timber frame and mud brick buildings, I arrive at Espejo. I'm staying at a youth hostal but the barman in a very run-down bar has never heard of it and sends me to an empty casa rural behind the fire station. Juan texts me the right address and soon everything is sorted out. 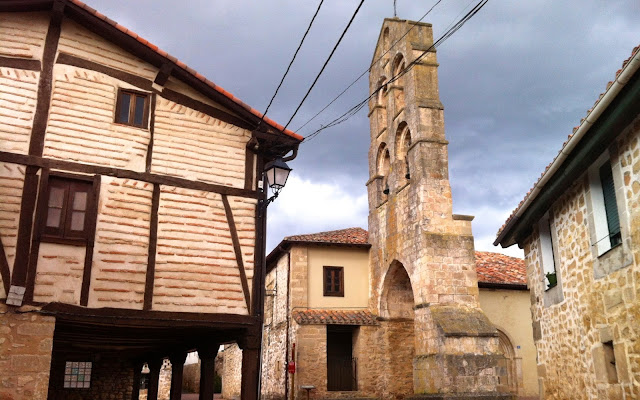 The group the manager says will turn up later turn out to be a party of very excitable teenage schoolchildren. Fortunately I'm armed with ear plugs so it shouldn't be a problem.
Go to the following link to see where I have been or alternatively go to this link and follow my progress live. If I cease to move in the hours of daylight I may need a prod.
- Posted using BlogPress from my iPhone