Yet another lovely day, nice mix of easy walking, pleasant scenery and interesting things to see.
For once there was nowhere to stay on the GR1 within walking distance of Espejo and Miranda de Ebro, a town well to the south of the GR1, was the best option. Rather than walk all the way along a road to Miranda de Ebro I thought I would make a virtue out of necessity, leave the route at Fontecha, catch a bus or thumb a lift, get to the hotel early and have a bit of a rest. So today's walk was a relatively short one at 18 kilometres.

Left the party of teenage schoolchildren preparing to set off on their racing bikes god knows where. They were very excited and dressed to the nines in lycra racing gear. To English eyes it all looked incredibly impressive. My bible on Spain (apart from Juan) is Giles Tremlett's book "The Ghosts of Spain" and he argues that the Spanish education system puts an enormous emphasis on socialisation and I guess going away for the weekend and flying around on bikes is part of that. Looks great to me.

Another cloudy morning, perhaps a bit colder than of late, but with the occasional snatches of sunshine beautifully illuminating different parts of a very green landscape. 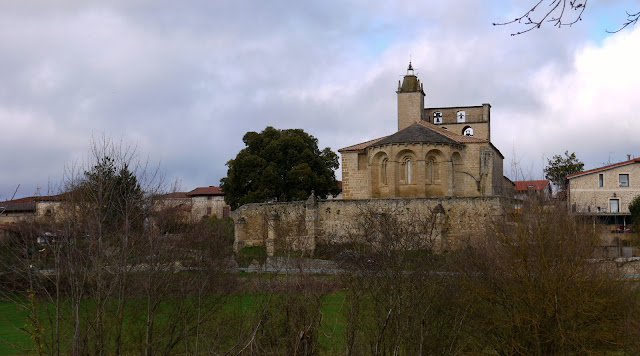 The church at Tuesta didn't look much at first sight but inside its 18th century outer clothing was a 12th century Romanesque gem. The stonemasons decorating the main door had really gone to town. There were seven concentric arches around the door - the inner two dressed with geometric patterns (moorish?) and the rest with dozens of small figures. Some of these were traditional and biblical but the rest were, to various degrees, fantastical (twin headed animals, animals dressed as people and lots of weird behaviour) a display perhaps designed to contrast earthly horrors on the outside of the church with the peace within. 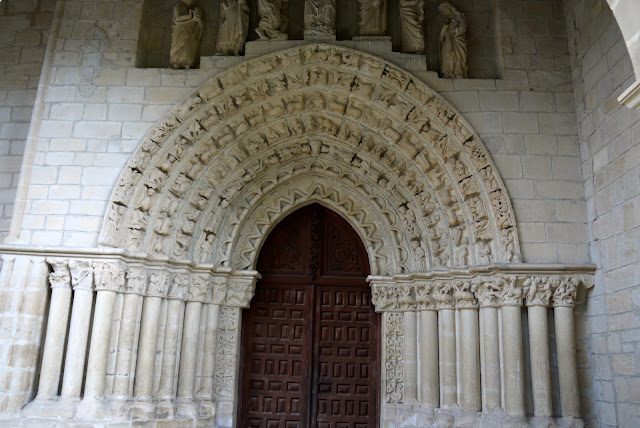 Leaving the church and heading gently upwards in an easterly direction you start to appreciate its location. It sits on a small hill but is silhouetted against the Pico Bachicabo which rises to over 1200 metre behind it. 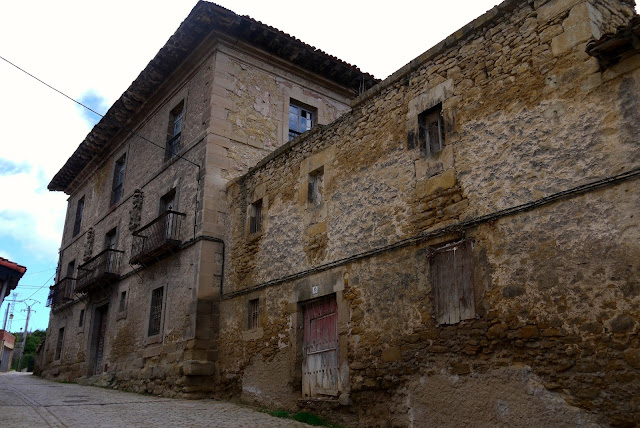 Like Tuesta, Salinas de Anana, doesn't look much from the distance with its gem, ancient salt pans, hidden in the valley at the bottom of the village. To be honest they are more impressive than attractive and at first sight look like the long abandoned remains of some frantic gold rush. After a while it starts to make sense. Flat terraces have been constructed on the hill side, sometimes with a sort of wooden scaffolding, where I guess salty water is deposited and left to evaporate. Wooden conduits fly about the site taking the water to the different terraces. It started operation in the 8th Century and its success made the town one of the richest in northern Spain. Efforts are now being to develop it as a tourist attraction. 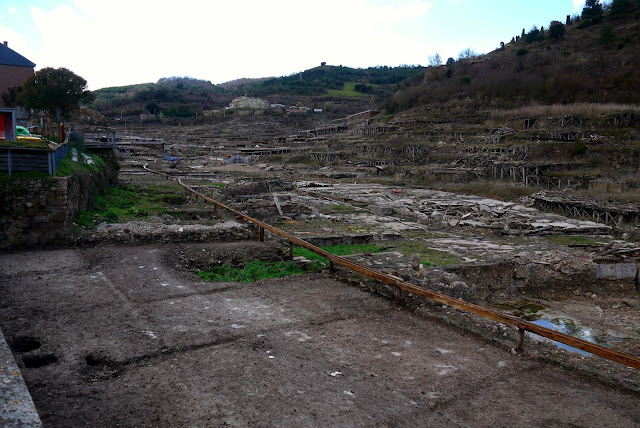 The rest of the walk was good but not spectacular involving, after a little climb, a long descent through a wooded valley. I was hoping for some ducks on the Lago de Caicedo de Yuso but today they were elsewhere. 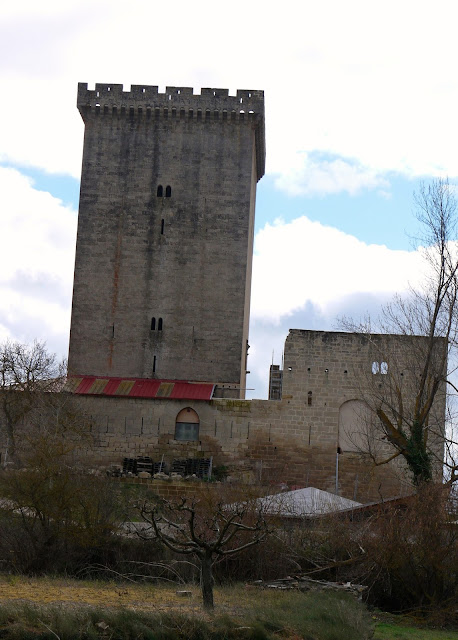 Fontcheta, at the end of the valley was another little gem, two castles, at least two bars and a lovely looking church perched up on the hill. Protecting the salt trade made this an important town in the Middle Ages but judging by the poor frequency of the buses it has lost some of its significance since then. It is about 9 kilometres along the road to Miranda de Ebro and I got a lift after one. "Nice job" as Johnny Spanish says on my podcast Spanish lessons, unfortunately so far that's about the only thing I have remembered.

If want to see on a map where I went today go to this link.