After yesterday's drama, today has been completely incident free. Leaving nothing to chance I'm staying in a hotel I identified last night and, apart from being conspicuously empty, it seems very nice.  After the trouble I got into from my wife me after last night's escapades, about being so mean, I might, on what will be my last night in France, treat myself to a decent meal.

There was nothing to hold me at the hotel this morning and despite the threat of the rush hour I decided to make an early escape.  I stopped for coffee and croissants in a bar and then headed back through dense traffic to St Cloud and into the beautiful Parc de St Cloud.

Paris seems to be surrounded by forests, lovely huge trees and luxuriant at this time of year.  I think they were planted to provide wood for the city, but they are now a rich traffic free recreational resource.  I went through several on the approach to Paris yesterday from the southeast (had a deer run out just in front of me) and it was the same story today.  So after the Parc de St Cloud, and after negotiating some busy junctions, I dropped into another forest at Marly-le-Roi and another one near Chambourcy.

After a coffee opposite a perfect Romanesque church in Médan I crossed the Seine for the last time and completed a long and painful hill climb near Jouy-le-Moutier to emerge into a huge open agricultural landscape.

Now I'm not sure if this is what is meant by the "Paris Basin" the bread basket of France, but they're definitely a lot of wheat fields and a lot of long straight roads.

It's the sort of landscape where you need the support of a peleton.  What wind there was, was coming straight at me and it seemed to mainly uphill.  The air was also full of those little black flies, aphids from the wheat I think, and they got everywhere.  As a farmer's son I found the harvesting activity interesting, but compared to the rest of this trip is was tough as a cycle ride.
I have, however, done more than half of the Paris Dieppe trip and after 120 km (and 2,000 metres of height gained and lost) have only got about 80 km to do to get to Dieppe. 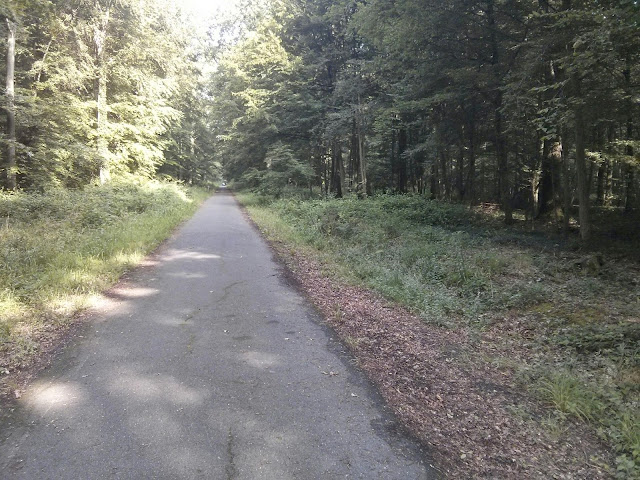 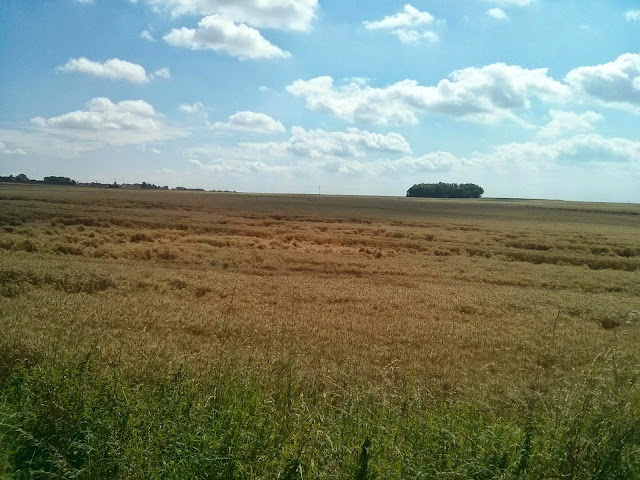 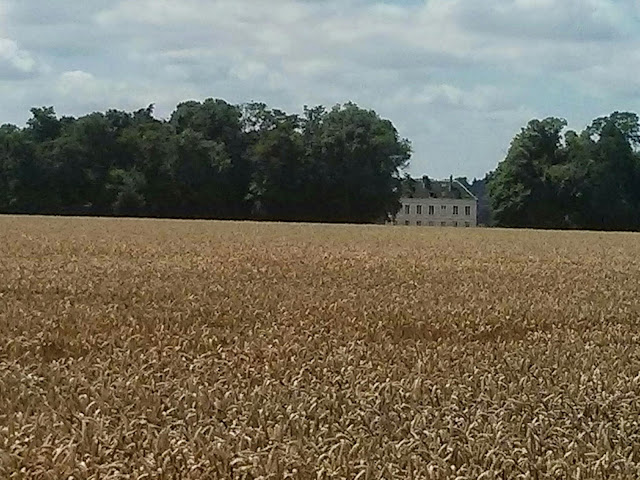 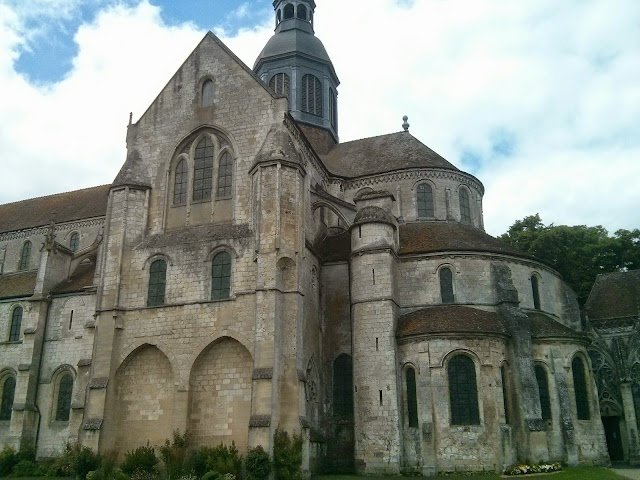