The weather and the terrain have slowed me down, but I'm now in Nemur readying myself for tomorrow's ride across Paris.

Yesterday the weather was terrible.  I set off from Blois early hoping to get to Orleans before the forecast rain but, despite a fast road and a lot of wind assistance, I still had 35km to go when the heavens opened up.  There was nothing to do but press on but I was cold and wet by the time I got there. I then spent ages, touring around Orleans (very nice) trying to find the hotel and when I did all I wanted to do was bunker down, dry out and get warmed up.

It stopped raining just long enough for me to go out for some food.  After returning to my room, I watched the World Cup Final.  As it finished huge booms echoed across the city. I was in the middle of a massive firework display.  No the French weren't welcoming a German victory - the fireworks were all part of the Bastille Day celebrations.


The fact that today, Monday, was a bank holiday came as a complete surprise.  I was just a little anxious that I might get hit by one of those French migrations when everyone leaves the city and the hotels are all full. As it was everyone just disappeared.  It was complete lockdown, everything shut, felt like Sunday in North Wale 30 years ago.

After Orleans I left the Eurovelo 6, which carries on to the Black Sea, and joined the Eurovelo 3, the Pilgrims Route which goes from Norway down to Santiago de Compostela (west coast of Spain). It's still being developed and although I knew where I supposed to go, wasn't sure if I could get through.

For this stretch of the Eurovelo 3, the intended route follows tow paths along the Orleans Canal, the Canal du Loings (alongside the river of the same name) and then along the Seine to Paris.
Although there are no signs most of the route worked well and it was a bit like following the Brest Nantes canal.  Cyclists were using it, but not in the numbers I've experienced so far.  For much of the time I was following a hard surface, but one which was about 18 inches wide. After yesterday's rain, it was muddy in places, but not impossibly so.  There were just a couple of stretches where the obvious road alternative was more attractive than the muddy path but basically the route worked well.

Today's stage was a little slower and perhaps slightly more challenging that the Brest Nantes route.  For the most part you are travelling along a level path through a tunnel of beautiful luxuriant trees with a canal, and associated industrial architecture and wildlife (lots of herons and woodpeckers today) to your left or right.  I'm a fan.

Yesterday I did 65km and today about 120. For some reason the GPS didn't work at the start of the day so today's number is a bit of a guess but I think I'm well positioned for my advance on Paris 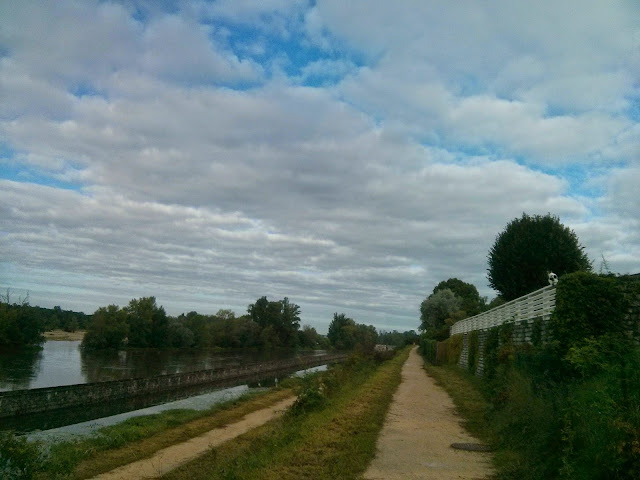 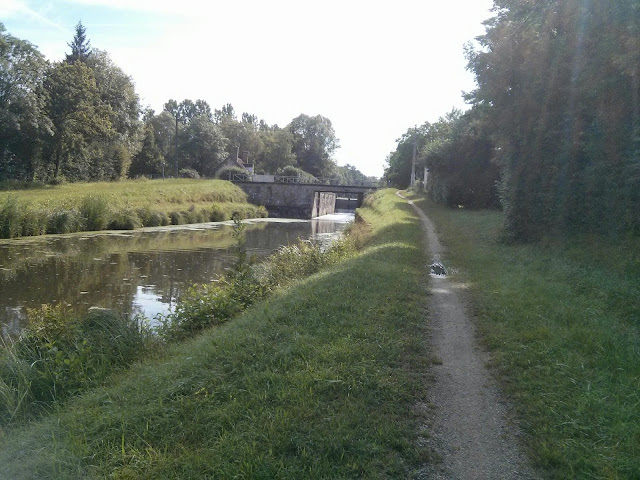 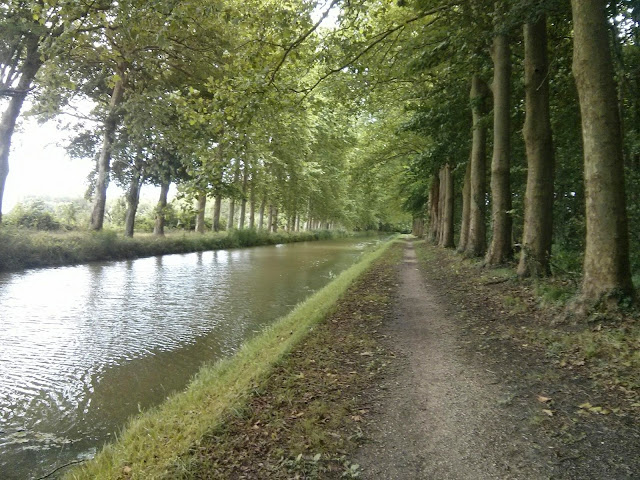