What's the countryside like on the GR1 Sendero Histórico?

Apart four days spent crossing the flat plain in the Navarre and two days approaching the Mediterranean coast the GR1 is a walk through the mountains.  In the west it's a journey through the Cantabrian mountains and in the east the foothills of the Pyrenees. 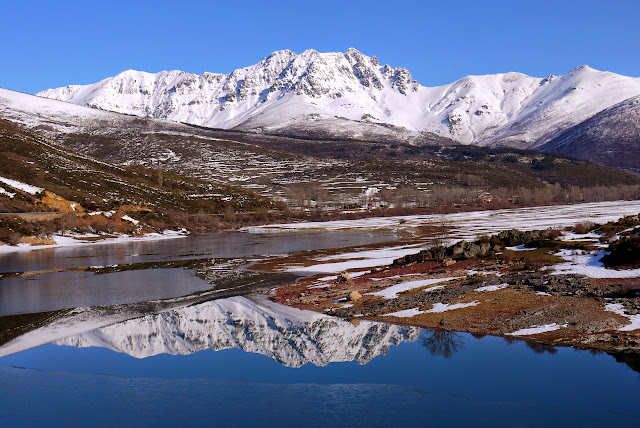 An important feature of mountain walking in Spain, unlike much of Western Europe, is that you don't have to get above the tree to enjoy the wonderful views.  Mountains at similar altitudes in France, Italy, Switzerland and Austria are more likely to be covered in trees, often commercial pine than in Spain.  In these countries you can sometimes walk for days without getting 'a long view'.  As in other lost its trees (and topsoil) to agriculture and  centuries because rural depopulation happened so much later trees have not yet returned to cover the mountains. 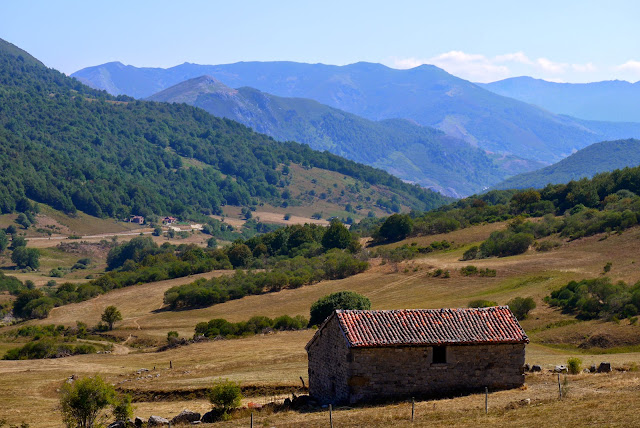 At its western end the GR1 stays on the south side of the Cantabrian Mountains, the mountains that divide 'Green Spain' to the north and west with its oceanic climate, and the dry plateau to the south where the climate is continental - Mediterranean with hot dry summers and, because of the altitude cold winters.  The flora is mainly Mediterranean, particularly as you approach the Pyrenean foothills where it is typical  or -type scrub. 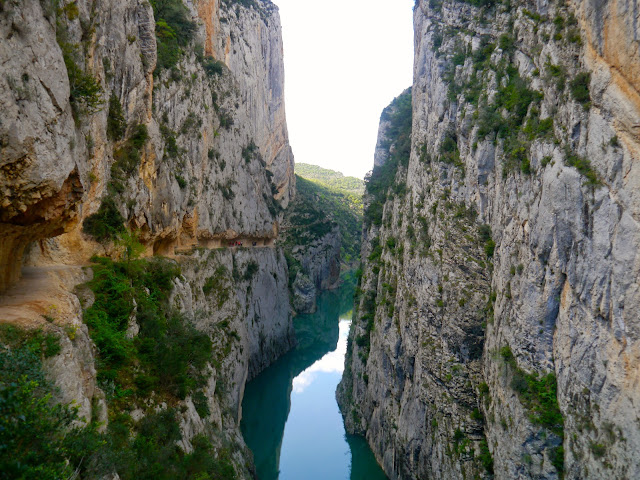 Although it's only the foothills the scenery traversed near the Pyrenees is dramatic.  The foothills are formed of vast  of eroded rock debris washed down from the main mountain range into the Ebro valley and then uplifted again in subsequent phases of mountain building.  The result is a landscape of incredible the cliffs (particularly those around Riglos which consist of a strange concrete-like water eroded pebbles the size of potatoes) and the gorges (particularly those dissecting the Montsec range) are a particular feature. 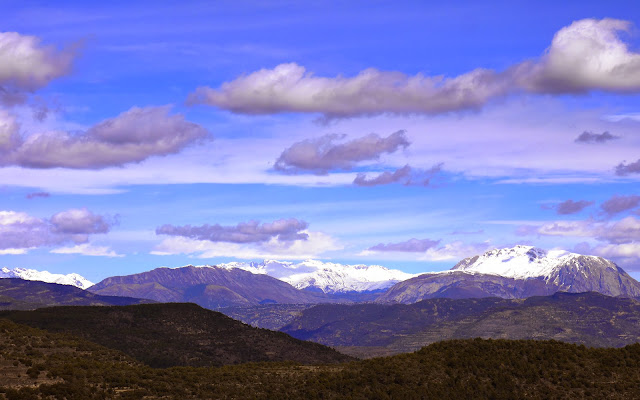 The GR1 crosses the watershed between the west-flowing Douro and the east-flowing Rio Ebro not far from the walk's beginning and, after Reinosa, you stay on side of the Ebro all the way to the Mediterranean.  There are stretches of walking where you can look south over the never ending plain of Spain's main plateau and north into the snow capped Pyrenees.
Posted by John Hayes at 3:14 PM