Trekking in the Dolpo - south of Rechi

The plan is to get down the valley, almost all the way to Juphal, in two days. After the 2 day delay in Nepalgunj, BB wants to get Juphal in good time for the return flight to Kathmandu as we only have 1 day there before catching our return flight to London. This feels right although hanging around in Juphal for half a day won't make the next day's flight any more reliable. 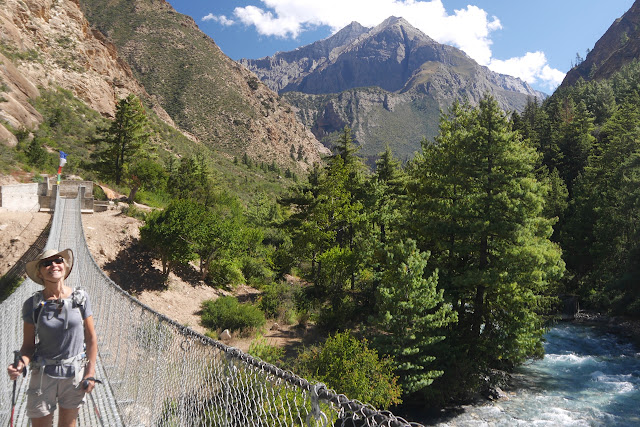 We were slightly disturbed last night by a bongo bashing group of American doctors who were camping on the side of the lake. There was a huge crowd of them, at least 30, and they are on a tour of the Dolpo dispensing medicine. They certainly enjoyed themselves, staring up at the Milky War, watching the sparks from campfire join the stars in the sky and endlessly singing/chanting a limited repertoire of Beatles songs. As I've said before, lying in a tent listening to other people enjoying themselves is not much fun. 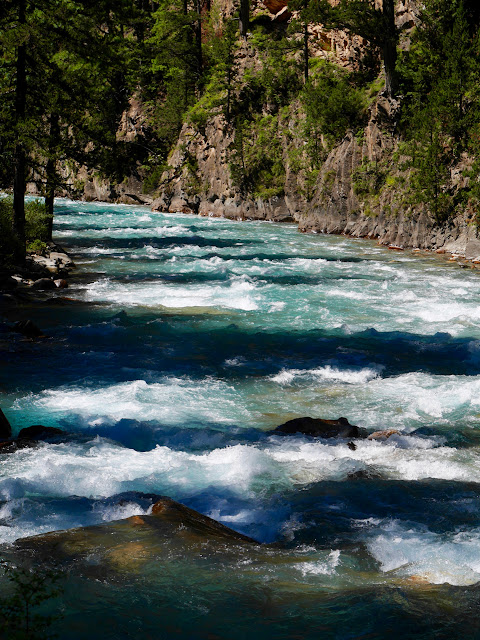 The weather today was wonderful. Although we're retracing our route the better weather and the new perspective (we're looking at it from the other direction) gives it a fresh look. The big surprise is just how far it is - it's only a week or so ago when we walked up to Ringmo but we can't remember the route being so long. 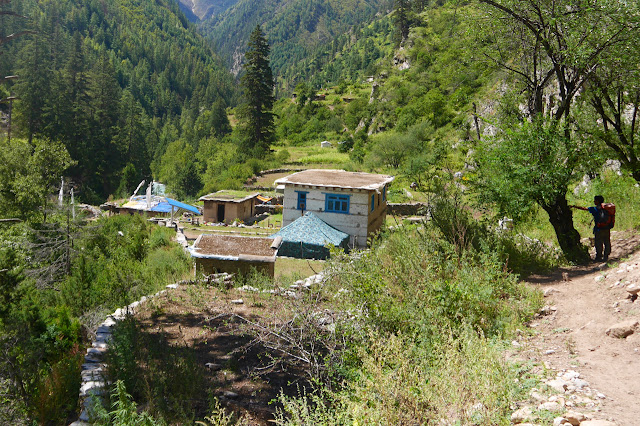 We stopped for lunch at Rechi, the place where we had camped on the second night on the way up. Our memories of this place, tainted by the damp weather, were not good but in sun it felt like a different place. Memories were also revisited in the afternoon when we once again crouched under the rock where, on the way up and sheltering from the monsoon, Christine had asked to go home. BB (who now calls Christine 'Christine DD', DD meaning 'sister' in Nepalese) reminds Christine about this three or four times a day. 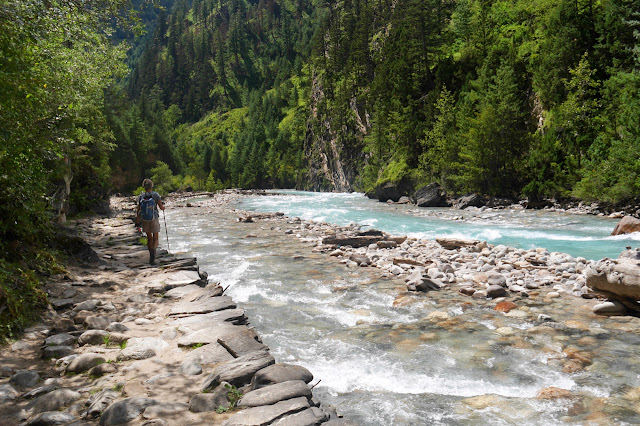 Our campsite was again in the middle of the the forest, amongst tall Himalayan pine and particularly close to an especially noisy stretch of the river. Will I ever be able sleep again without the sound rushing water.
Posted by John Hayes at 9:23 AM