I'm in Porto at the beginning of my longest cycling trip " The Big Iberian Tour", an epic 2000km journey south along the Portuguese coast and north through Spain via Seville. If all goes to plan, we (Christine joins the expedition in Lisbon) will be heading back to the UK, on a ferry from Santander, in mid-May. 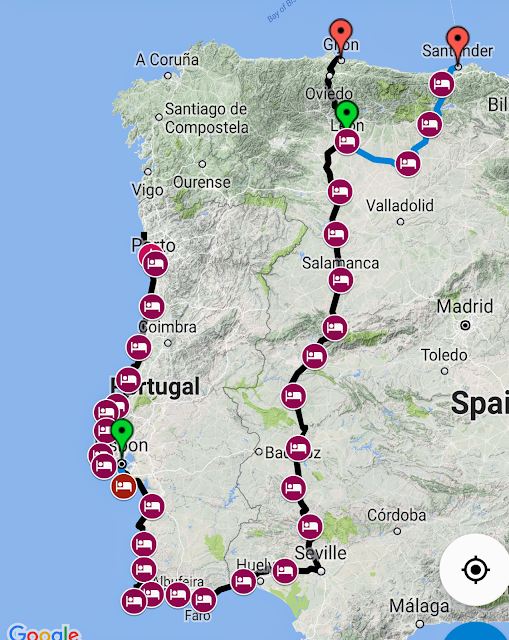 The initial plan involved a relatively modest adventure along Spain's Ruta de la Plata from Seville to Giron. Based on an excellent website, this looks like a brilliant route but we then noticed that the Atlantic Eurovelo is now complete in Portugal and that we could follow this almost all the way to Seville. As time is not a problem (for me at least), the only question was how much of Portugal to cycle and which airport to start from. 'Most of it' was the answer so here I am in Porto. 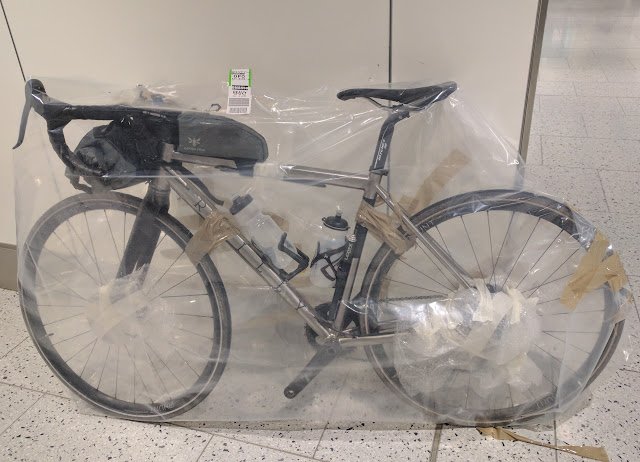 Today all I had to do was get from the airport to my modest but comfortable hotel in the middle of the city. It's been a stressful day, so a short ride and a long relaxing afternoon was just what was needed at the beginning of the trip. Getting the bike to Gatwick, packing it into a big plastic bag, with all the vital bits protected by bubble wrap, and onto plane is something I've done before but it's still nerve-racking. I saw the bike go onto the plane, gave the baggage handler the thumbs up, and yes it made it to Porto in one piece. 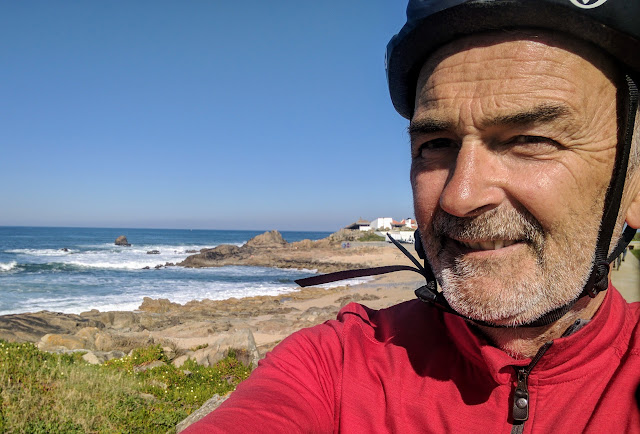 The weather in Portugal at the moment is perfect. There's a breeze but otherwise it's hot. It's not the sort of weather that makes you want to rush and if it stays like this the grin on my face could become fixed. It's 27 kilometres from the airport to the centre of Porto (via the coastal cycle path) and my route took me alongside beaches and through ports. There was a big P and O liner docked up and passengers had been discorged into the local fish restaurants and coffee bars. The fish restaurants looked particularly good and they were firing up the barbecues as I cruised past. 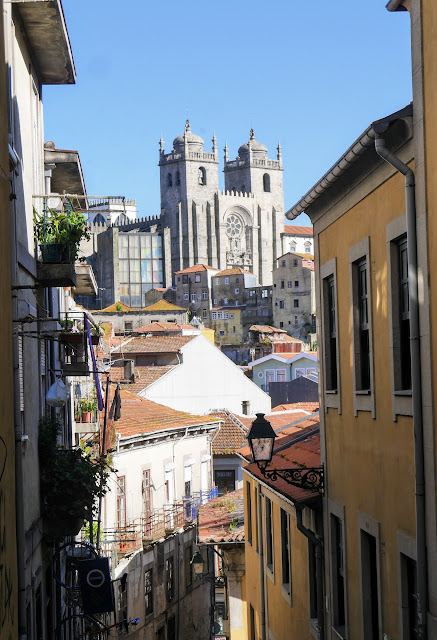 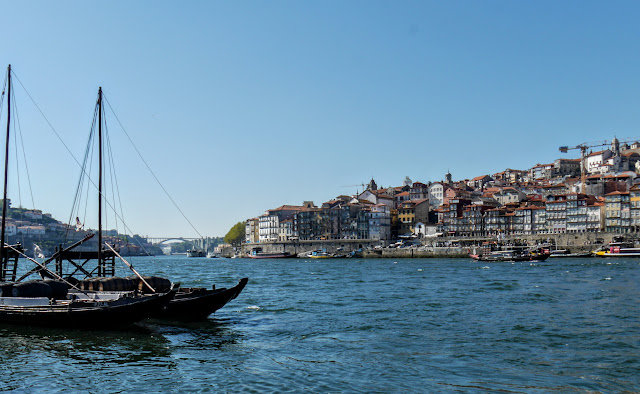 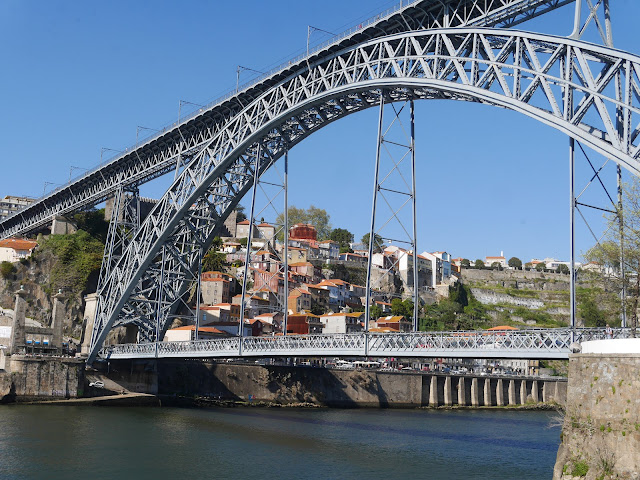 Porto is a very beautiful city. Surprisingly hilly, it sits either side of a deep gorge spanned by a series of graceful bridges. The houses are tall making for shady streets. Elaborate metal work balconies are standard and their walls are decorated with all manner of ceramic tiles with blue tiles a particular feature. 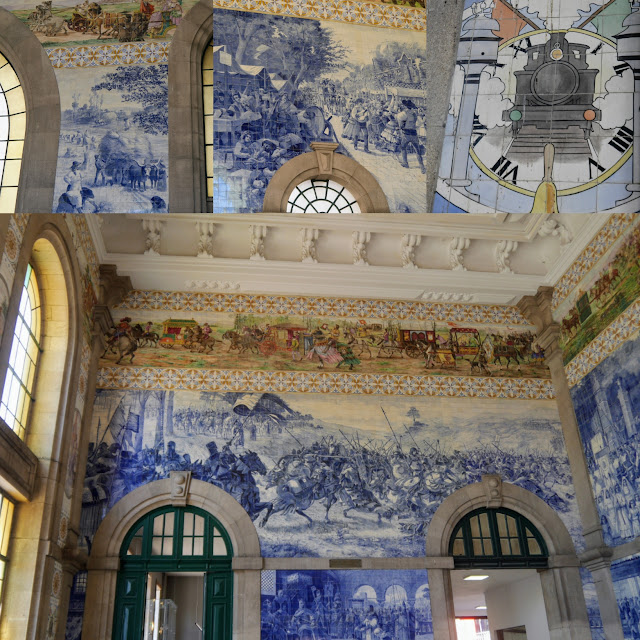 I'm staying in a tiny hotel just to the north of the historic city centre. I would have gone to sleep on arrival but noise from building work drove me out and into the city. After a quick visit to the fabulous arts and crafts main railway station, a walk down the historic shopping street, I crossed the famous Dom Luís I bridge for a late al fresco fish lunch amongst the port merchant warehouses. It's supposed to be cheaper on the south side of the river but I'm a sucker for getting kidnapped by waiters in the street and ended up consuming a fish big enough for two people. I did however ration myself to just half a bottle of wine. The wine here is excellent and vast quantities are consumed across the city. 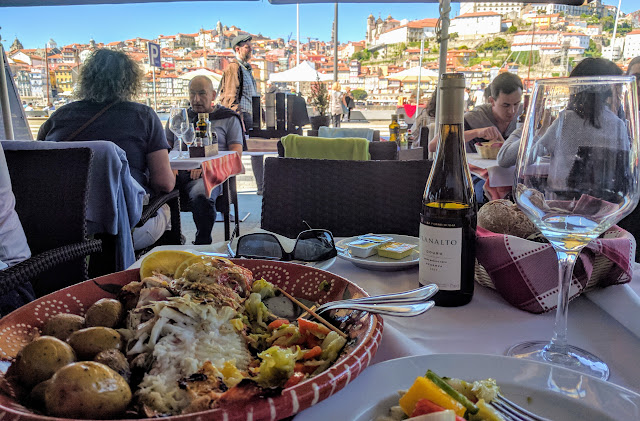 There is a lot to see in Porto and I will definitely be back for a more leisurely visit (although I doubt I'll be as lucky with the weather). Rather than rush around trying to pack everything in, I decided to save the rest for a future visit with Christine, leave the river side restaurant, and head back to the hotel by way of the Majestic cafe, a tourist honeypot, but very pretty nonetheless. Great first day, tomorrow's ride will be longer.
Posted by John Hayes at 7:22 PM