It's only two weeks since we got back from Spain but we're on the road again, this time heading south from Aberdeen down Britain's east coast. We've completed our first day and are recovering in Arbroath, home of the famous Arbroath Smokies. 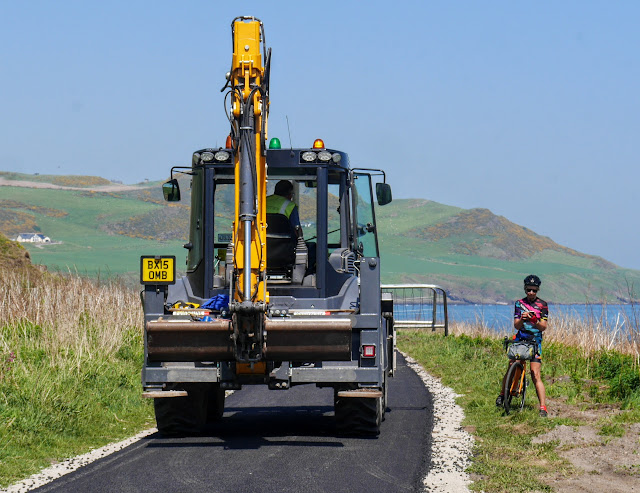 It's been a great day and we had glorious weather, but we did have some issues. I blame the train.

We got the Caledonian Sleeper up from London to Aberdeen, and while the bikes were comfortable in their special cabin we didn't get much sleep in the Sleeper. The website for the service is very flash and had left me with the impression when I booked that we would be traveling in comfort. We didn't, particularly as the electrics on the ancient carriages failed, which meant no breakfast and no water for a wash. I guess we did get a little sleep but we hardly noticed.

Still we were in Aberdeen before 8am, in good time for a whole day's cycling. As everything was shut we decided to set off straight​ away and get breakfast en route. This was probably a mistake. Scotland isn't Spain and finding open cafes is like finding hen's teeth 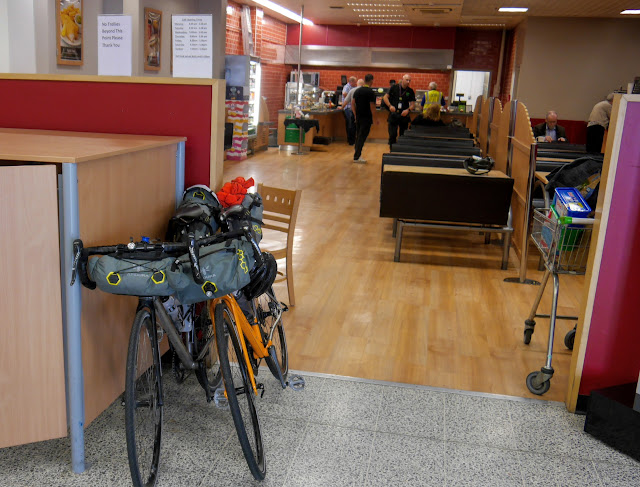 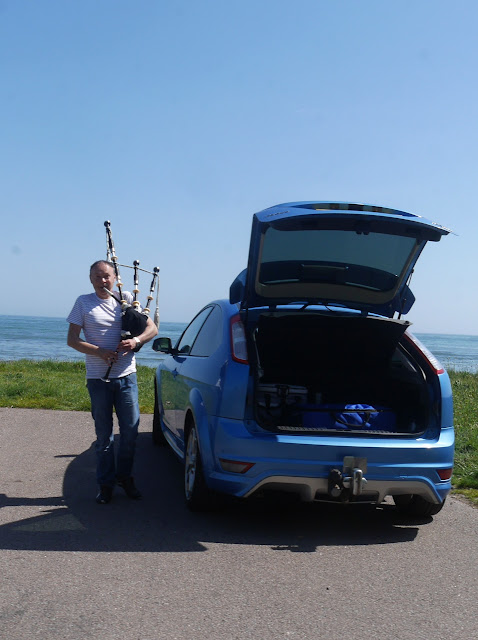 After cycling for 15 miles we were in Portlethen Village and starving. We asked a lollipop lady were we could eat and ended up in the Asda cafe eating reconstituted omelette. Worse still there was no where to charge my phone which, after an electricity free night, on the train was now as dead as a dodo. Christine dismissed my concerns saying the route was well signed and we didn't need the phone. 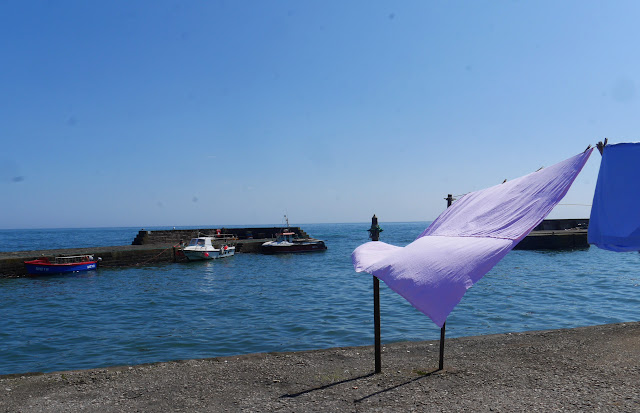 Christine's​ approach to navigation is that any route that's not in the right direction must be wrong so when the signs started taking us north they were instantly treated with scepticism. She argued that we must be heading back to Aberdeen. I argued that we came from Aberdeen on a different route so couldn't be going back to Aberdeen. The result was an impasse which involved cycling from Porthleven's in various directions and back again in search of decisive information. Anyway after messing about for over an hour we finally opted to go south to Inverberie on the side of the dual carriageway, a terrible ride but at least in the right direction. 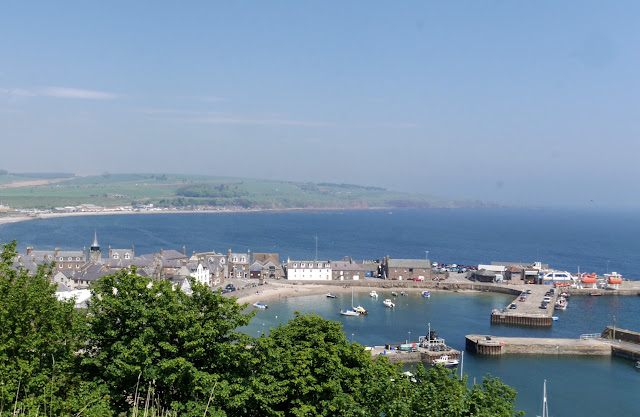 In a sunny cafe in that lovely little seaside town we got the phone charged up, studied the map and learnt some useful things.

Firstly the Eurovelo doesn't follow the Sustrans signs in a consist way. I've got the Eurovelo on my phone and had assumed it followed Sustrans route 1, which is well signed, but it doesn't. So the signs we were following weren't necessarily the Eurovelo.

Secondly although my application of logic was correct the detour, designed to miss the horrible ride down the side of the dual carriageway, was massive and Christine's scepticism, if not her logic, was understandable.
Anyway after Inverberie things picked up. Armed with a functioning gps, with our faith restored in the signs, we followed a really beautiful route along the wild low coastline, very close to the shore, passing tiny little fishing villages all the way to Montrose. A little tired we thought about stopping there, but it looked busy with a music festival (we hadn't booked any accommodation) and decided to press on the 15 miles or so Arbroath. 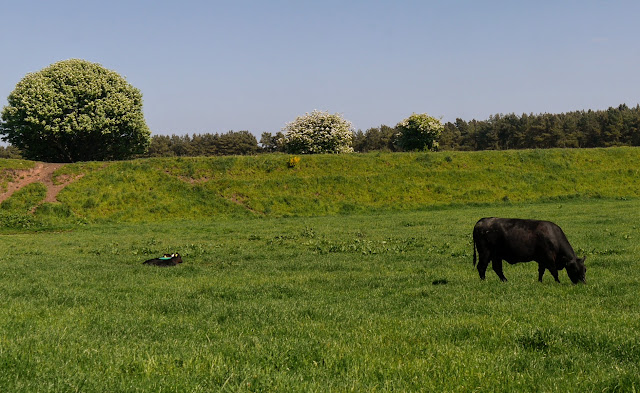 Cutting inland and following quiet roads through rolling countryside, the last 90 minutes of the trip seemed a long way. The scenery rewarded us however -it was illuminated by a beautiful late afternoon light, reminding me a little of Wiltshire. 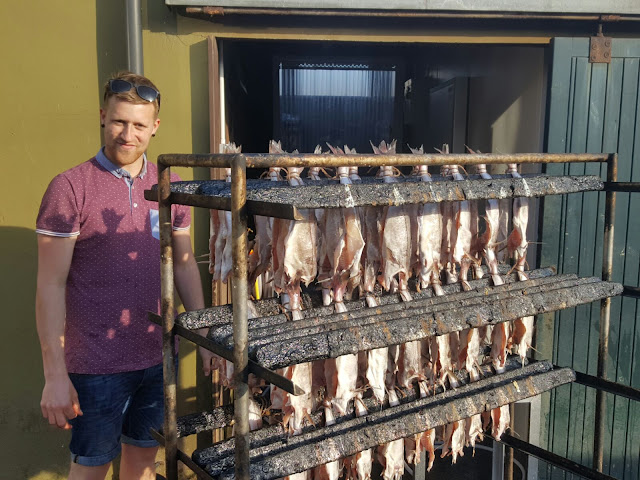 Unlike the countryside around it, Arbroath doesn't feel prosperous. Its rundown centre was full of charity shops, and the Wetherspoons in the old Corn Exchange had just about destroyed the former pub ecosystem. Still we did find a man preparing some haddock for smoking and he was more than happy to let us take his picture.
Posted by John Hayes at 8:40 PM