Today we crossed the Firth of Forth, sailed through Edinburgh, visited the coastal resort of Musselborough, and ended up in the old herring port of Dunbar. Despite another head wind, this time a cold one from the east, and our first sustained rain, it's been a good day. 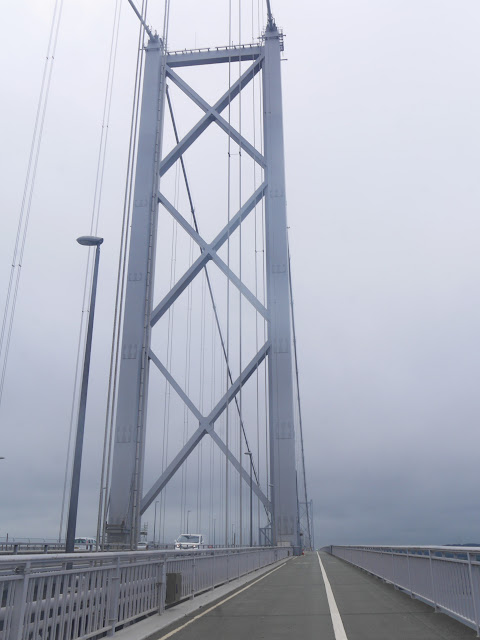 With road works for the new bridge (not yet open for traffic) going on, finding the right route to cross the old bridge was complicated. After that the signing into and through Edinburgh was brilliant. Getting across a big unfamiliar city without getting lost once felt very satisfying. 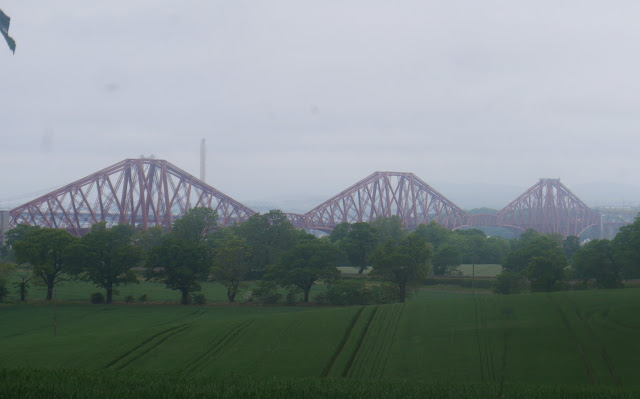 To be honest I'm really warming to whole Sustrans network. It's completely different to the velo verte system in France, hasn't had nearly as much money spent on it, but in some ways is more fun. The routes tend to be quite varied, with scraps of usually traffic free cycling stitched together to produce something really interesting for a long distance tourer. You never know what's coming next: it could be a back street; a tow path on a canal; a path through a park; or a disused railway line, but it's never the same for more than a few miles. Although much of the surface wouldn't suit a road biker, it's fine for touring and perfect for our light weight gravel bikes. 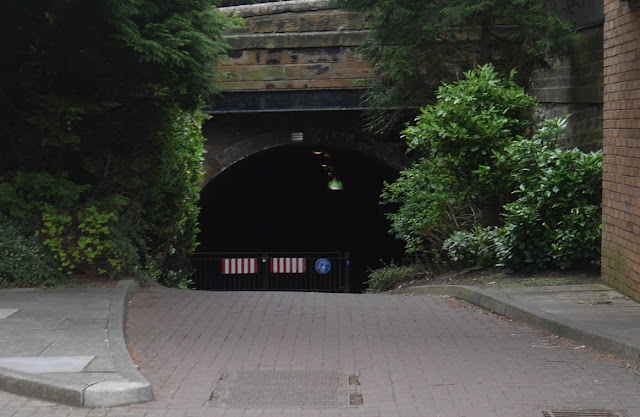 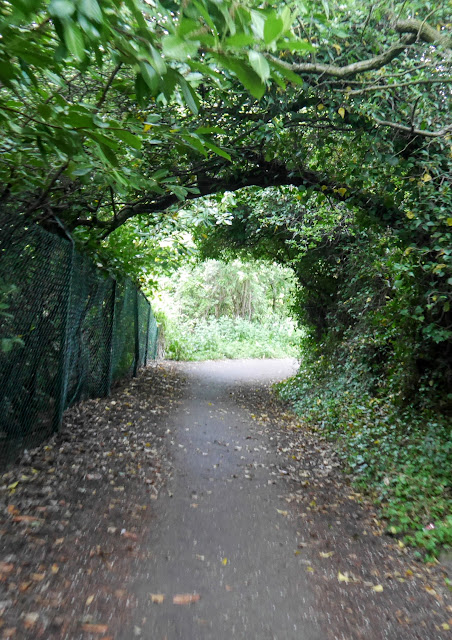 The bridge was a particularly cold place with the wind and we didn't linger long. The new road bridge looks particularly elegant echoing the shapes of the famous rail bridge, the first of the three bridges over the Firth of Forth. In the distance we could just see the two new aircraft carriers in their final stages of construction in Rosyth.

Going through Edinburgh was actually great fun and I guess at least 40 per cent of the route followed disused railway lines. Apart from stopping for some excellent coffee neither of us wanted to hang about. Perhaps the most interesting feature was a tunnel just east of the city centre, near the Salisbury Crags, about 200m long and dimly lit. Riding through it felt like a trip on a ghost train.

Describing Musselborough as a resort stretches things a little and in a dull light it looked like a dull place; perhaps we weren't seeing it as its best. Things weren't much better at Preston Pans but we did find a baker open and fueled up on a tuna roll. 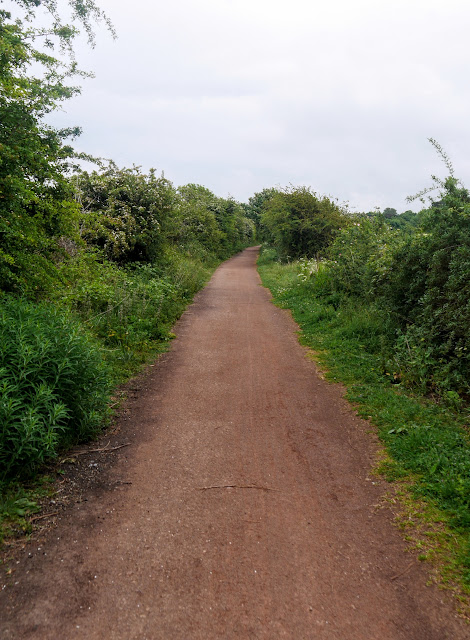 Just after Preston Pans the route joined a disused railway line and turned away from the Forth to go cross country to Haddington. It was great cycling and Haddington looked like a nice market town. It was now raining hard however and there was no alternative but to grit teeth and blast on to Dunbar. 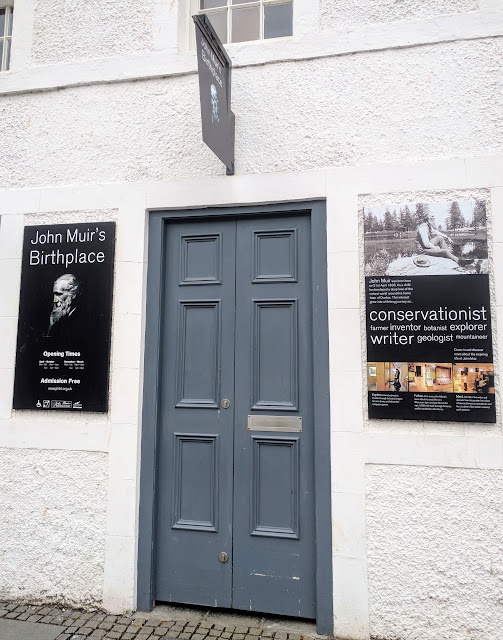 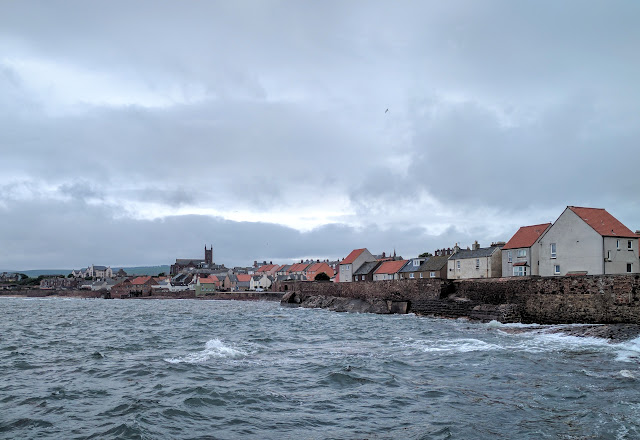 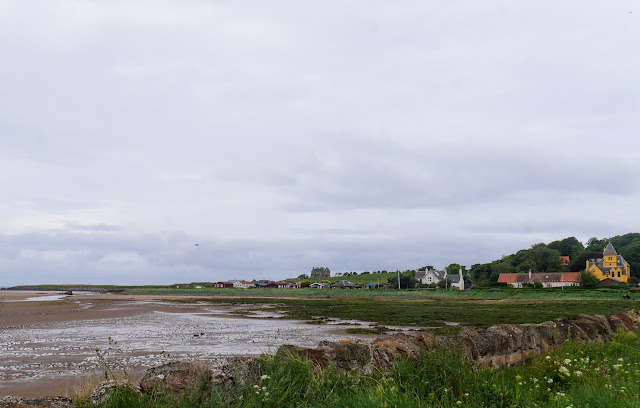 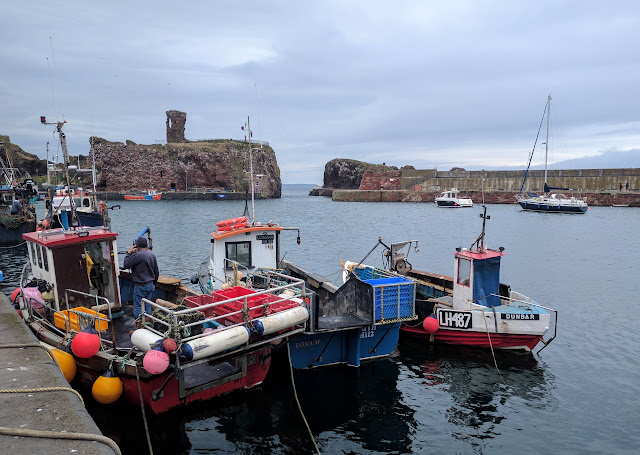 We liked Dunbar. It's got a wide main street, a poor man's version of the main street in St Andrews and a lovely little harbour. The buildings and the harbour walls are all constructed on a beautiful rich teddy brown stone. It's also the birthplace of the famous conservationist John Muir who many credit as the founder of the national parks movement in the USA, the model that was then copied world wide. Although he made his name in America (the John Muir Trail is one of its most important long distance trails) Dunbar is keen to emphasis his association with the town. Unfortunately there isn't any spare room in my bike bag for a John Muir mug otherwise I would have bought one.
Posted by John Hayes at 7:40 PM